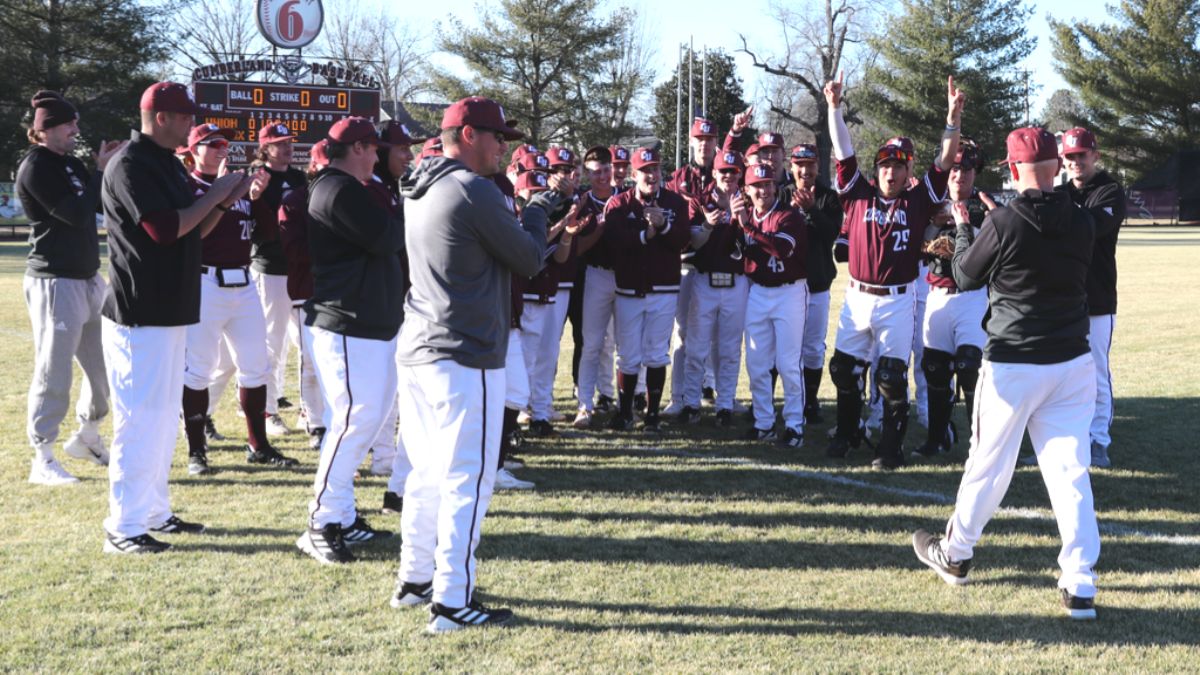 LEBANON, Tenn.--The bats came alive on Tuesday for 16 hits, nine extra base hits, and 19 runs to help Ryan Hunt pick up win No. 1 as the head baseball coach at Cumberland University.

Cumberland jumped on Union early scoring two runs in the first off a Jordan Coffey two RBI single to left field. Union answered with a home run by Stephen Karis in the top half of the second inning to cut it to 2-1.

In the bottom of the second. the Phoenix pushed across three runs. Cole Turney hit a rope to score Jayden Hanna and then Ethan Shelton singled up the middle to score Tyner Hughes and Santrel Farmer for a 5-1 lead.

Cumberland had their best offensive inning of the season in the third scoring 10 runs on seven hits. After Hanna and Farmer drew one-out walks, Hughes hit his first home run of the season over left center field. Back-to-back doubles by Tyler Stokes and Turney added one more. Coffey brought Turney home with a single to left and Angel Mendoza doubled off the left field wall to score Coffey from first base.

Nathan Vaughn doubled in the gap to score courtesy runner Silas Butler. Hanna and Farmer both drew walks again to load the bases for Hughes who hit a three-run double for six RBIs in the inning. Cumberland led 15-1 after three.

Union scored four runs in the top of the fifth, but Cumberland answered in the bottom half. Reid Bass hit an RBI double to right center and pinch-hitter Nolan Machibroda hit a sacrifice fly to bring in Dylan Forbes for a 17-5 lead.

Josh Morgan pushed across the final two runs in the sixth with a two run home run to left field.

Cumberland threw seven pitchers in the game each an inning a piece. Starter James Raffauf received the win tossing a scoreless first inning. Wiley Barton threw the second inning giving up one run.

Cole Eigenhuis threw the third with one punchout. Kaleb Vaughn tossed the fourth inning allowing just one walk. Beiker Fuentes gave up four runs in the fifth and Trevor Muzzi had a three up, three down inning in the sixth. Freshman Logan Baskin punched out three in the final frame.

Cumberland played 23 players in the win. They will next take part in the Cajun Collision in Sterlington, Louisiana on Friday and Saturday starting with No. 2 Central Methodist on Friday.