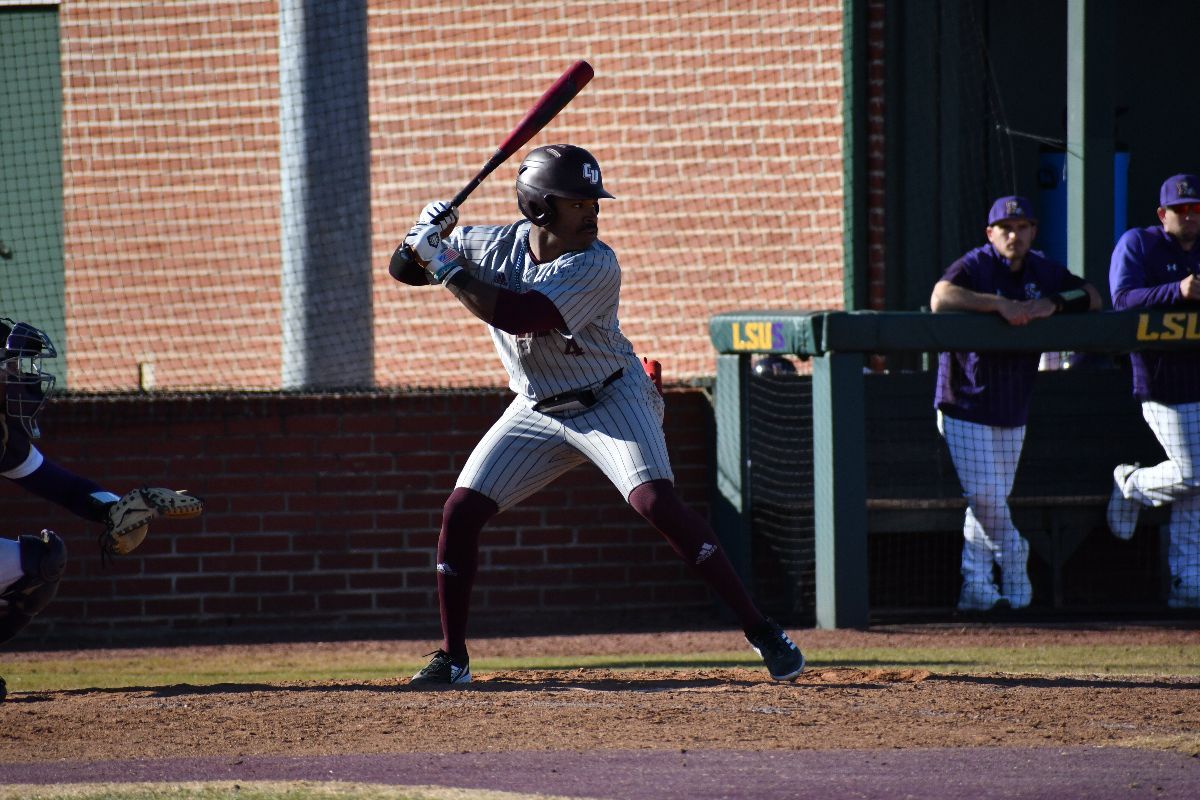 STERLINGTON, La.-- Cumberland baseball drops two games in day one of the Cajun Collision despite three home runs. Cumberland pitchers recorded 17 strikeouts on the day and the hitters collected 14 hits.

Pitching and defense ended up biting the Phoenix in game one against Central Methodist University. The Phoenix made four errors in the field while Cumberland's pitchers surrendered six walks and six hit batters.

Cole Turney put Cumberland on the scoreboard first in the bottom half of the first inning with a solo shot to left center on the first pitch of the at-bat, his first home run of the season.

In the top of the second, Robbie Merced answered with a home run off Mitch Rogers to tie things up. Cumberland pushed across a run in the bottom half, Chewy Sanders reached on a one out single to right and came across to score on a throwing error by pitcher Sebastian Escobar to give the Phoenix a 2-1 lead over Central Methodist after two complete.

Central Methodist chased starter Rogers in the third after five runs were pushed across. Bobby Nichols started the rally with a one out single and followed that by swiping second and moving to third on a throwing error by Angel Mendoza behind the plate. He came across to score on a wild pitch after a walk to Tommaso Giorola. Tanner Sears was hit by a pitch to put two runners on and Cole Luedeking brought in Giarola with a single to left. Back-to-back throwing errors by Rogers on bunts pushed across two runs and a single by Khalil Thrasher scored the final run to give Central Methodist a 6-2 lead.

Logan Baskin came in to throw the sixth and issued a walk to the leadoff batter and Merced cranked his second home run of the day over center field to give CMU a 10-2 lead after six.

Hughes brought Cumberland back into striking distance with a three-run home run in the bottom of the sixth, his second home run of the week. The Eagles got out of the inning with a 10-5 lead after six innings.

A walk and two singles loaded the bases for CMU in the top half of the seventh when Merced hit a sac fly bringing his RBI total to four on the game. Victor singled to bring home another run and Raul Cosme followed him up with another single to bring the score to 13-5 going into the final frame.

The Phoenix were shut down in 1-2-3 fashion in the bottom half of the seventh ending the game and giving the Eagles the 13-5 win.

Farmer recorded two hits with a home run in game two of the day against Tabor College. Mendoza and Nathan Vaughn doubled in the contest and Eigenhuis recorded six strikeouts in four innings of work.

Cumberland struck first again in game two after Farmer hit a solo shot to left center for his first home run of the season.

The Bluejays found some offense in the bottom of the second by loading the bases after a single, walk, and a hit batter. Girard brought home the first run of the day for Tabor with a sac fly to right. Gallardo came up with two runners on and was able to hit an RBI double followed up by a fielder's choice to bring home another run giving the Bluejays a 3-1 lead.

Vaughn got the Phoenix started in the third getting a lead off double down the left field line. Jayden Hanna bunted Vaughn over to third and Hughes brought him home with a fielder's choice groundout to third to cut the lead down to 3-2.

Tabor quickly answered in the bottom half of the third after a walk and a hit batter led up to an RBI single from Schafer to give them a 4-2 lead over the Phoenix.

Cumberland kept the bats rolling in the fourth when Angel Mendoza hit a rocket line drive off the top of the center field wall for a one out double. Nolan Machibroda came up next for the Phoenix and hit a screamer ground ball in between first and second for an RBI single to cut the lead down to 4-3.

Eigenhouis looked dominant on the mound in the bottom of the fourth striking out all three batters he faced in the inning.

Farmer picked up his second hit of the game in the top of the fifth while also driving in the tying run from third with an RBI single up the middle.

The bottom of the fifth started with a deep fly ball to center field that Butler was unable to see as it dropped behind him near the wall in center to give Tabor a lead off double. Back to back singles brought home one run and then a fielder's choice later in the inning brought home another giving Tabor a 6-4 lead.

Rance Pittman came out of the pen in relief in the sixth striking out two batters to shut down the Bluejay hitters.

Eric Turner went on to pitch for the Bluejays in the top of the seventh and closed the door on the Phoenix recording two K's and a fly out.

Cumberland will be back in action tomorrow for day two of the Cajun Collision as they take on Jarvis Christian College and the #14  University of Science & Arts of Oklahoma.