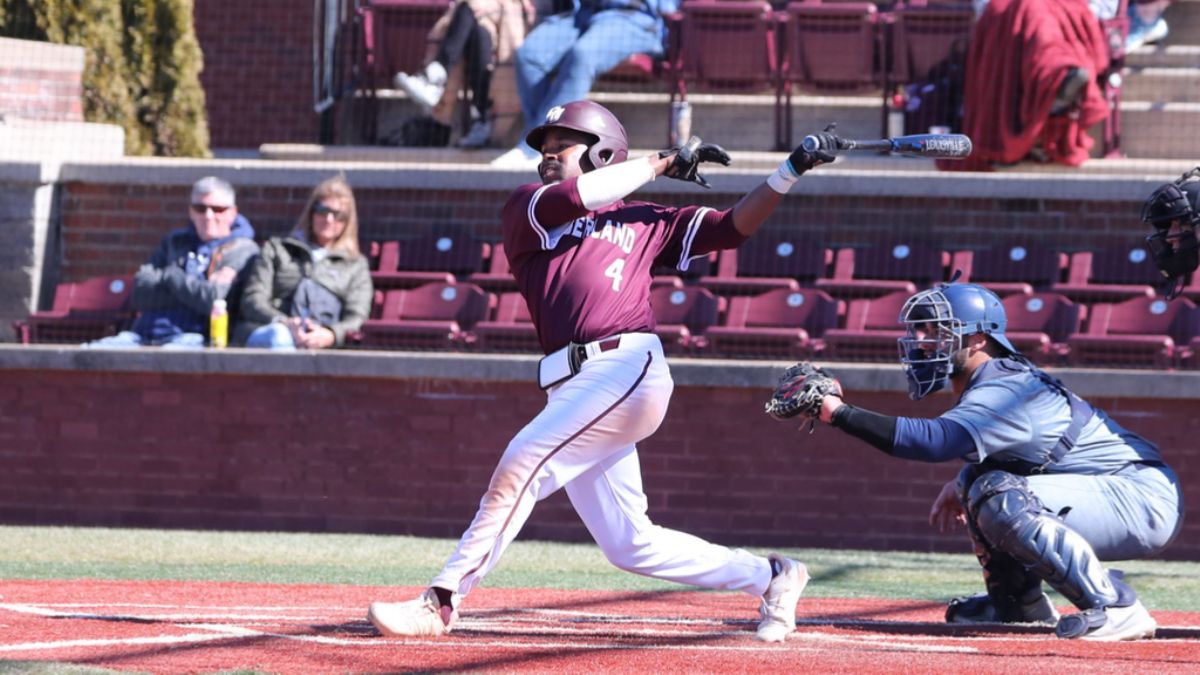 ATHENS, Tenn.-- Cumberland baseball falls to #5 Tennessee Wesleyan 6-3 in today's game. The Phoenix could not slow down the Bulldogs' bats as they hit three home runs in the game.

Neither pitching staff surrendered a walk in today's game but Cumberland pitchers hit two batters. Tyner Hughes hit his third home run of the season with a 2-RBI homer. Santrel Farmer and Nolan Machibroda both picked up two hits in the contest.

Cumberland got on the board early after Farmer hit a leadoff double to start the game. Jayden Hanna bunted Farmer over to third and wild pitch brought him in giving the Phoenix an early 1-0 lead.

The Phoenix had another good scoring opportunity in the top half of the second when back-to-back singles put two runners on to start the inning. Unfortunately, a bunt back to the pitcher followed up by a tailor-made double play shut down Cumberland's threat.

Farmer got the Phoenix rolling again in the third after hitting a single through the right side for his second hit of the day. Hughes came up to the plate later in the frame when he hit a two-run shot to left, extending Cumberland's lead to 3-0.

The Bulldogs lead off the top of the bottom of the third with a solo home run from Magill. The next batter doubled to center and back to back groundouts eventually moved the runner to third with two outs. Reinoso came up to the plate and hit a ball well over the right center field wall but he did not touch home plate resulting in an out. Only one run scored as the play resulted in a triple with the put out at home, keeping the Phoenix ahead 3-2 at the end of the inning.

Tennessee Wesleyan tied the game up at 3-3 in the bottom of the fifth after hitting back to back doubles. Pittman went in relief for the Phoenix and worked out of a jam to end the inning.

The Bulldogs took their first lead of the game in the sixth after Magill hit a two-run homer to left center field for his second home run of the day giving them a 5-3 lead.

Carson Ford pushed the final run across for the Bulldogs in the bottom of the seventh with a solo home run giving them a 6-3 lead.

Doolan went in to pitch for Tennessee Wesleyan in the seventh and closed the door on the Phoenix only allowing two hits in three complete innings and picking up the save to win 6-3.

Cumberland will be back in action on the road Friday, February 25 as they open up conference play against Thomas More University.