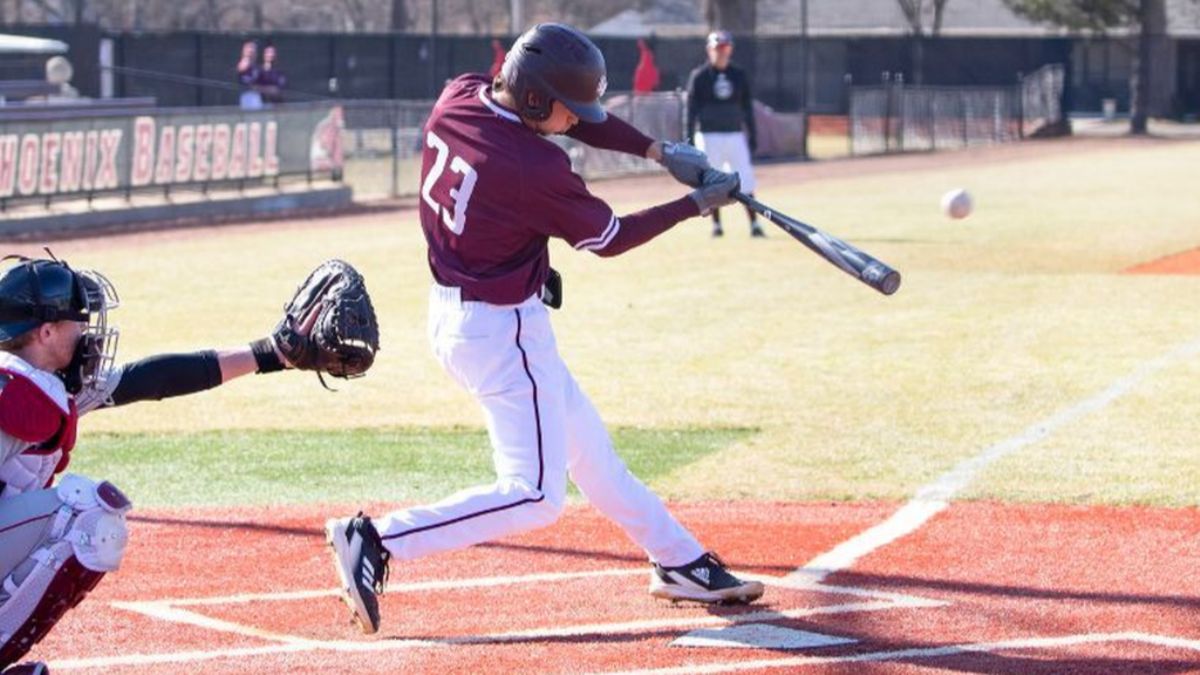 FLORENCE, Ky.--Cumberland entered the ninth trailing by one and rallied for four runs to get a 6-3 comeback win at Y'all's Ballpark in the first game of a two game series with Thomas More.

Cumberland (6-13, 1-0 MSC) had several opportunities to put runs on the board all game, but ran themselves out of many innings as Thomas More starter Mychal Gorgan scattered nine hits and allowing two runs.

Cole Eigenhuis started the game on the mound and tossed 5.2 innings scattering eight hits allowing three runs, but just one earned. Ian Schilling bridged it to the ninth without allowing a hit in 2.1 innings of work. Mitch Rogers closed the door for his first save of the season.

Santrel Farmer picked up three hits and one RBI while Cole Turney had ttwo with his fifth home run of the season. Angel Mendoza, Ethan Shelton, and Nathan Vaughn each had added two hits.

The Phoenix got on the board first in the second inning as Angel Mendoza hit a one-out triple off trhe center field wall and came across on an Ethan Shelton single to center for a 1-0 lead.

In the bottom of the third inning, Bailey Martin hit a one-out triple and the next batter Jacob Caruso singles to tie the game at 1-1.

Cole Turney led off the fourth with his fifth home run of the season, a tape-measure shot to right field.

In the sixth, Eigenhuis started the inning with a double play before back-to-back singles. Gavin Vogelesang came across to tie the game at 2-2 on a passed ball and then a single by Noah Weingartner scored Cooper Daniel to end Eigenhuis day on the mound.

Ian Schilling tossed the next 2.1 innings without allowing a runner or a hit to give Cumberland an opportunity heading into the ninth trailing by one.

Josh Morgan pinch hit to lead off the inning and was hit by a pitch and Angel Mendoza followed that with a single. Ethan Shelton roped a line drove just out of reach of the shortstop to load the bases. Pinch-hitter Jordan Coffey hit a sacrifice fly to right to tie the game at 3-3 while courtesy runner Corey Perkins advanced to third on the play.

On a 1-1 pitch, Nathan Vaughn dropped a perfectly placed bunt for the squeeze play and Perkins came in to score the go-ahead run on the single. Santrel Farmer picked up his third hit of the day to add an insurance run and Jayden Hanna hit a sac fly to push across Vaughn.

Mitch Rogers threw the bottom of the ninth and slammed the door ending the game with a 1-4-3 double play to pick up the save.

These same two teams will close out the series with a single game tomorrow at 3:30 p.m. central time.