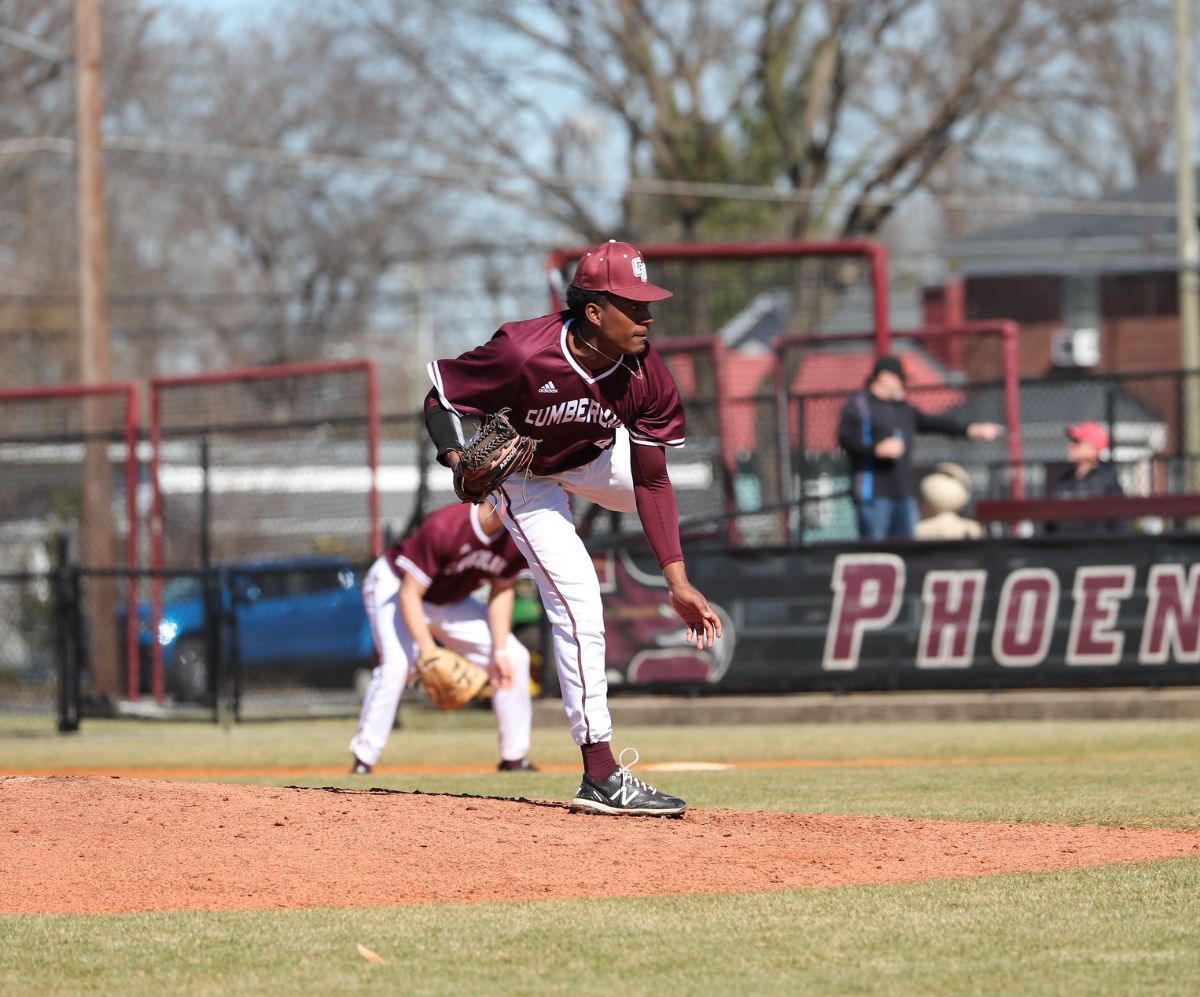 FLORENCE, Ky.-- Cumberland baseball could not find timely hitting as they fell 5-4 in the series finale against Thomas More University to split their conference-opening series.

Cumberland (6-14, 1-1 MSC) picked up eight hits but left seven runners on base in the game. Phoenix pitchers recorded 12 strikeouts in the game compared to only six from the Saints staff.

The Phoenix found life in the top of the first after Santrel Farmer was hit by a pitch to start the game. Cole Turney singled to advance Farmer to third and Nolan Machibroda drove him in with a sacrifice fly to right giving Cumberland an early 1-0 lead.

Thomas More responded immediately in the next half-inning after a double and a single drove in a run to bring the score to 1-1.

Jordan Coffey got the Phoenix started in the top of the second with a leadoff single. Josh Morgan came up to the plate next and was hit by a pitch putting two runners on with no outs. Back-to-back flyouts brought Jayden Hanna to the plate and he delivered with a 2-RBI double giving Cumberland a 3-1 lead.

Once again the Saints had an immediate answer after two singles and a triple brought in two more runners to tie the game back up.

Alvarez settled in for the third and fourth innings throwing two scoreless frames. Unfortunately after a leadoff single in the fifth, Jacob Caruso hit a two-run home run that forced Cumberland to go to the bullpen down 5-3.

Smith came on in relief for the Phoenix, shutting down the Saints all the way to the eighth inning.

Angel Mendoza led off the eighth with a single making him the sixth Cumberland leadoff hitter to reach base in the game. Back-to-back flyouts brought Morgan up with two outs. Morgan singled to extend the inning and Nathan Vaughn came up big with an RBI single to cut the lead down to 5-4.

Thomas More closed the door on another Phoenix comeback by sending Cumberland down in order in the top of the ninth.

Cumberland will be back in action at home this Tuesday as they take on Milligan University.