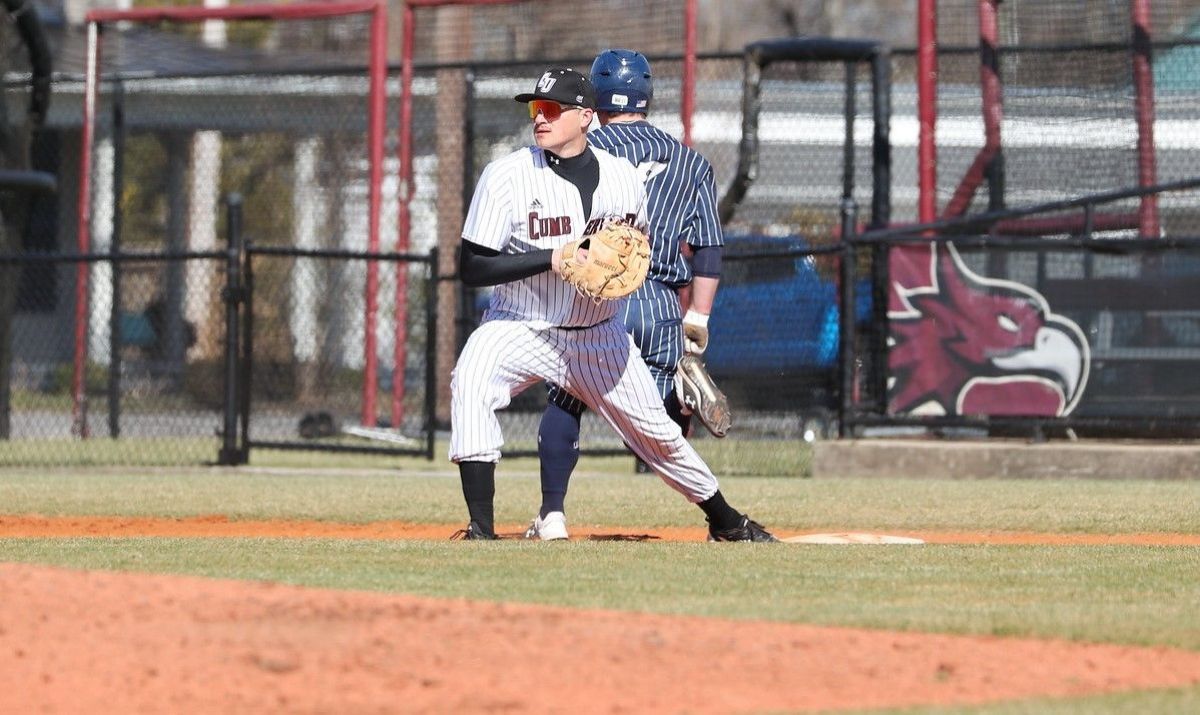 PORTSMOUTH, Ohio-- Cumberland baseball hit eight home runs with 15 extra-base hits on the day as they sweep Shawnee State in the three-game series.

Cumberland (10-14, 4-1 MSC) had a perfect day defensively without making an error in both games. The bats were hot all day today as Phoenix hitters collected a total of 29 hits.

Alex Smith got his first start of the season on the mound in game one. Smith pitched four scoreless innings tallying eight strikeouts while only giving up one hit.

Jayden Hanna led the way offensively as he collected two hits with three RBIs and a home run. Turney and Shelton also went deep in the game as Cumberland produced eight runs.

Cumberland got on the board in the top of the third when Ethan Shelton hit a leadoff home run for his first of the season. Back-to-back singles put two runners on and Hanna moved them to second and third with a sac bunt. Turney came up to the plate and hit a towering three-run home run to right-center field giving Cumberland a 4-0 lead.

Jayden Hanna extended Cumberland's lead in the top of the fifth with a solo home run to right-center. Later in the inning, Hughes tripled and Machibroda drove him with an RBI double to stretch their lead to 6-0.

Ian Schilling went on to pitch in relief in the bottom of the fifth after a strong effort from Smith. Two walks and a single loaded the bases for the Bears with one out. A single drove in one run and a sac fly brought home another but Schilling got a strikeout to end the inning with a 6-2 Phoenix lead.

Mendoza walked to lead off the sixth and Silas Butler doubled to put runners on second and third. Two batters later, Hanna singled through the right side to bring home a pair of runs and push Cumberland's lead to 8-2.

The Phoenix gave up two runs in the bottom of the seventh on a home run by Tanner Lund. Jack Webb went on the shut the door as the Phoenix won 8-4 in seven innings.

Cumberland came to play at the plate in game two as they collect 19 runs in the game. Machibroda led the way with two home runs and seven RBIs in the game. Hughes picked up a team-high five hits while Shelton and Mendoza had three hits apiece.

Cumberland produced an offensive explosion in the top of the first by scoring five runs before recording an out in the inning. Hanna was hit by a pitch to lead off the game. Next up, Turney turned on a ball sending it over the right-field wall for his second homer of the day. Hughes doubled and Machibroda drove him in with an RBI single. Stokes put runners on second and third with a double and Mendoza drove them in with a double down the left-field line giving Cumberland a 5-0 lead in the first.

Back-to-back walks to start the bottom of the first led Shawnee State to a three-run home run by Javier Santiago to cut their deficit down to 5-3.

Cumberland quickly responded after a walk brought up Tyner Hughes who hit a two-run home run over the center-field wall to extend their lead to 7-3.

Once again the Bears had an immediate answer as they scored two runs on three singles in the bottom of the second.

The Phoenix posted their second five-run inning of the game in the top half of the third. The inning started with a double and single followed up by a sacrifice fly by Butler to bring home a run. Later in the inning, Cumberland had bases loaded with two outs and scored two runs on a wild pitch. Hughes hit an RBI single to center field and advanced to second on an error. Machibroda came up to the plate next and reached on an error but was thrown out at second trying to advance an extra bag, a run scored on the play to give the Phoenix a 12-5 lead.

Shawnee State cut the deficit with a solo home run in the third and a sac fly in the fourth bringing the score to 12-7.

In the fifth, Turney reached on an error and Hughes singled to put runners on first and third. Machibroda came to the plate and sent a rocket to right-center field for a three-run home run.

The Bears answered again with two runs on three hits in the bottom half of the inning.

Jacob Dukart pinch hit for Butler to lead off the sixth and drew a walk. Farmer came up to the plate next and hit the fourth home run of the day for the Phoenix making it a 17-9 game.

Shawnee State continued to go toe to toe with the Phoenix as they scored three more runs in the bottom of the sixth cutting Cumberland's lead down to 17-12.

Hughes singled to lead off the ninth and Machibroda connected for his second home run of the game to bring the score to 19-12.

The Bears pushed one more run across in the ninth but Mitch Rogers was able to help the Phoenix secure the 19-13 win and series sweep.

Cumberland will travel to Waleska, Georgia on Tuesday to take on the #21 ranked Reinhardt University.