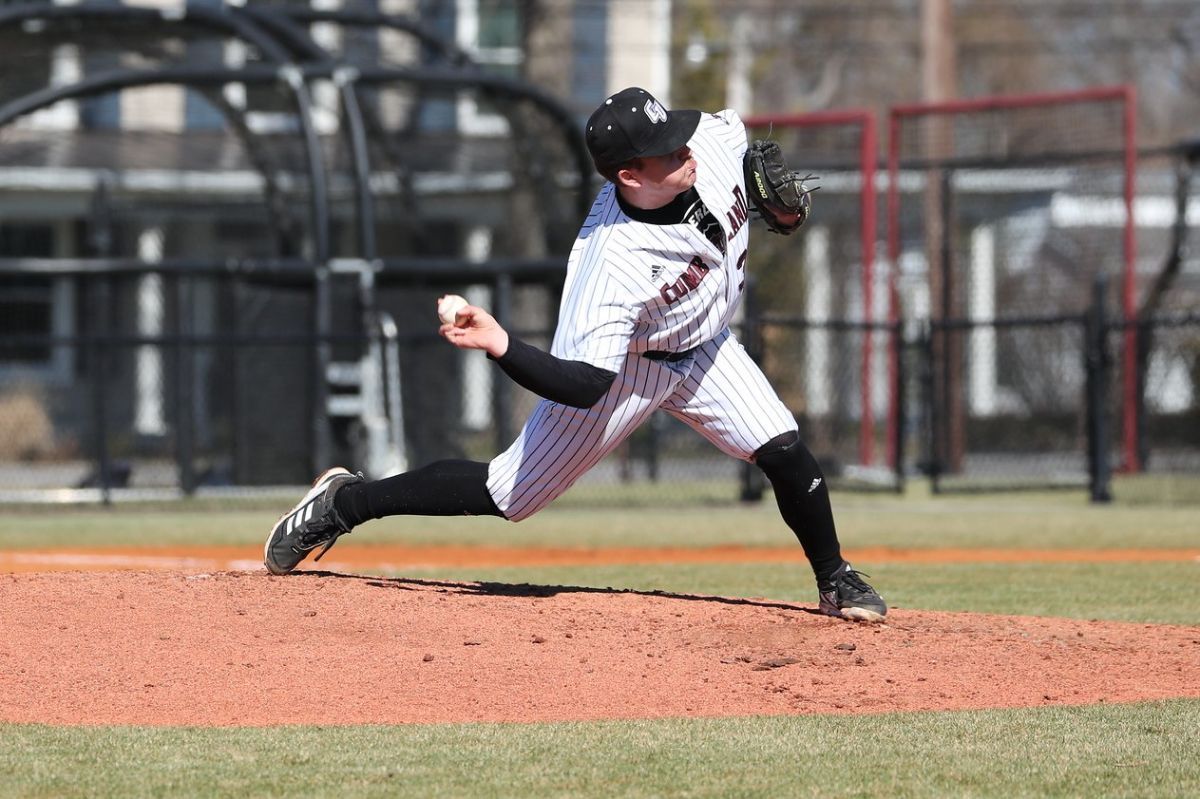 Ian Schilling tossed a three up, three down ninth inning to close out the win. (Credit: Bob Tamboli)
Bryan at Cumberland | March 15, 2022

Cumberland (13-15) scored four runs in the first inning which was plenty enough for the Phoenix to get the win. Cole Turney and Ethan Shelton each hit home runs in the win.

Daniel Alvarez tossed the first three innings giving up one run on three hits and striking out two. From the fourth inning on, the Cumberland bullpen held Bryan to just one hit and three baserunners all together.

Turney sparked the four run first inning with a one out double to left center. Tyner Hughes was hit by a pitch to put two on and Nolan Machibroda roped a single up the middle to score Turney. Ethan Shelton doubled down the line to score Hughes and set up a two-RBI single by Angel Mendoza.

Bryan College manufactured a run in the second inning as back-to-back singles to lead off the inning put two on and a walk loaded the bases. Kade Cohoon hit a line drive to left that Shelton laid out and made a tremendous catch on scored Bass Cooper for the lone run scored by Bryan.

The Phoenix answered in the bottom half with a two-run shot by Turney over the right field wall, his team-leading 13th home run of the season, to extend the lead to 6-1.

The fourth, fifth, and six innings were quite for both sides, but in the seventh Shelton hit a big two-run homer over left field for the final two runs of the game.

Mitch Rogers and Ian Schilling tossed perfect three up, three down innings in the eighth and ninth to close out the game.

Cumberland has won 11 of their last 15 games.

Cumberland will be at home this weekend to take on Campbellsville University in a Mid-South Conference series. First pitch will be Saturday at noon.