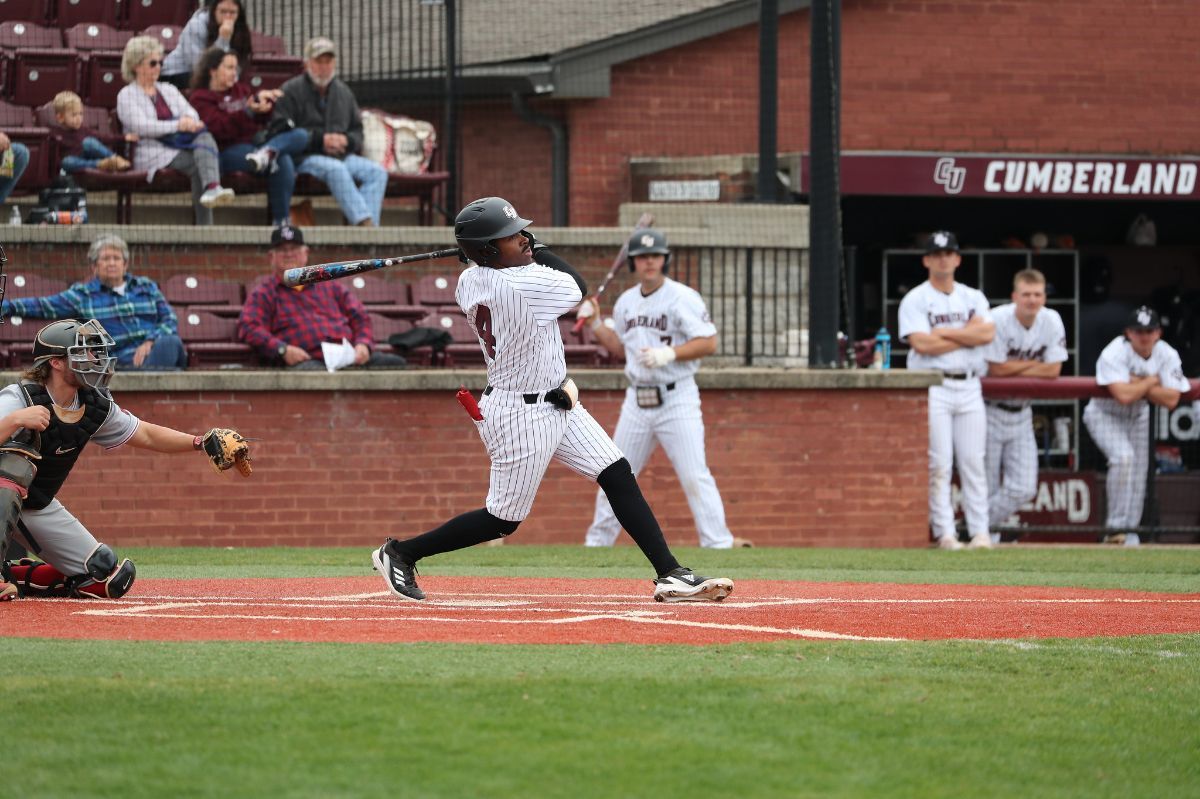 LEBANON, Tenn.-- Cumberland baseball started the series on a high note, picking up a 19-9 run-rule win over Campbellsville University.

Mitch Rogers picked up the win in relief for the Phoenix. Rogers pitched 2.1 scoreless innings while punching out four Tigers' hitters.

Angel Mendoza walked to leadoff the second inning and back-to-back singles loaded the bases for Cumberland with one out. Two batters later, Turney came up to the plate and sent a no-doubt grand slam over the right center-field wall to give the Phoenix a 4-0 lead.

In the third inning, Machibroda singled and Stokes followed him up with a two-run shot to left-center quickly giving Cumberland a 6-0 lead.

Campbellsville answered in the top of the fourth by putting five runs on the board thanks to two home runs in the inning.

Back-to-back walks put two runners on for Cumberland in the bottom of the fourth inning. Mendoza came back to the plate with two outs and hit a rocket into left field for an RBI single. Ethan Shelton came up next and hit an identical single to left for another RBI, pushing the Phoenix lead back out to 8-5.

A bases-loaded triple followed up by a single in the top of the fifth inning helped the Tigers take their first lead of the game 9-8.

Farmer singled to lead off the fifth and Jayden Hanna was hit by a pitch to put two runners on. Both runners moved up a base on a wild pitch and Hughes brought home a run with a single to right field. Machibroda came up next and hit a hard line drive into right field for an RBI single. Stokes kept the rally going with a double down the left-field line to bring home another run. Shelton capped the inning off with a double down the left-field line to score two more runs and bring the lead to 13-9.

Farmer hit a solo home run over the trees in left field to start the sixth inning. Later in the inning, Hughes singled through the left side to bring home the second run of the inning. Stokes singled two batters later for a run and Mendoza hit a sac fly to bring the score to 17-9.

For the third straight inning, Farmer reached base to lead off the inning as he singled in the seventh. He advanced to second on a wild pitch and Turney drove him in with a single to right field. A walk and a single loaded the bases for Cumberland with only one out. Stokes reached on a fielder's choice but an out was recorded at the plate. A wild pitch brought home a runner from third and gave the Phoenix a 19-9 run-rule win in game one over the Tigers.

Cumberland will be back in action for a doubleheader against Campbellsville tomorrow starting at Noon.