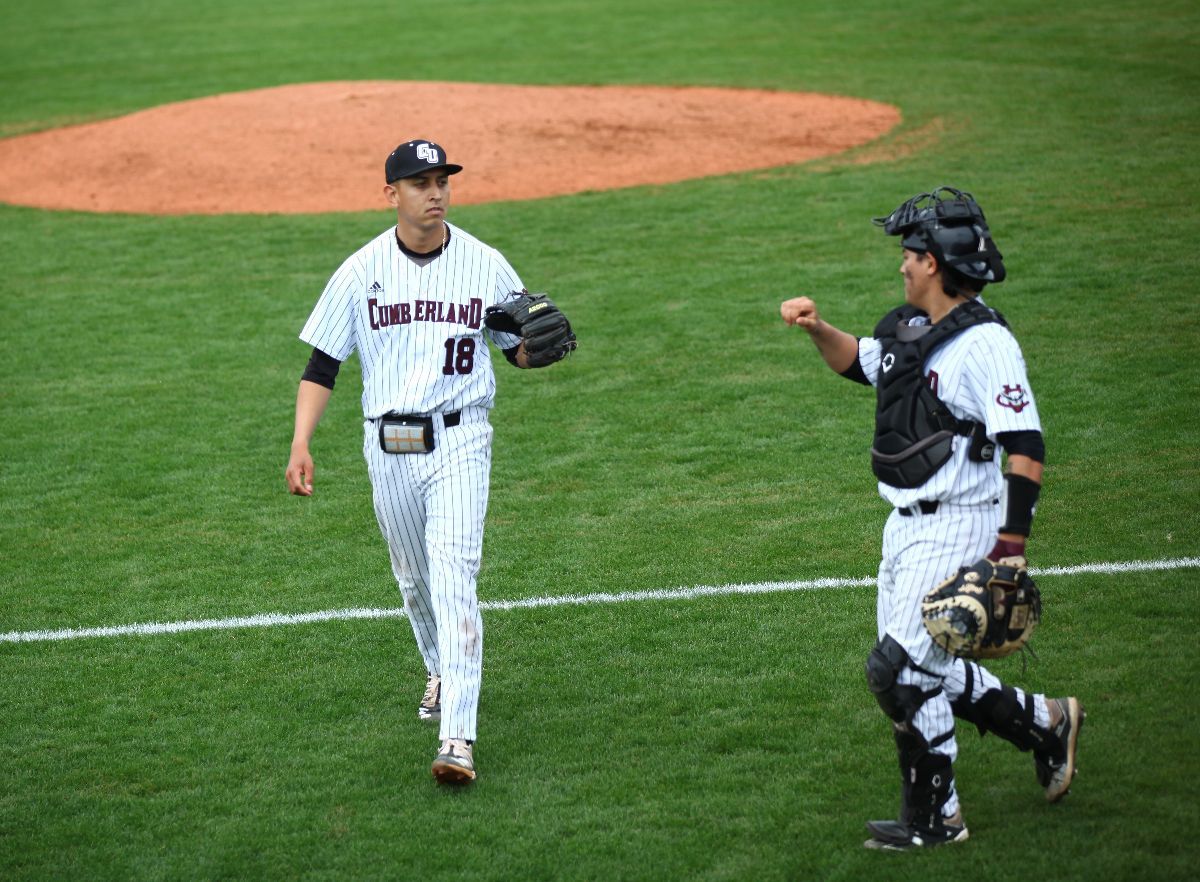 After holding the Blue Raiders scoreless in the top of the first, Cumberland had a chance to put up some runs in the bottom of the frame as they had three runners on base with two outs. However, CU could not bring in any runs, and Lindsey Wilson retired the side.

Lindsey Wilson struck first in the top of the second after a Cumberland error led them to an RBI single with no outs in the inning. Daniel Alvarez gave up one more hit in the inning but ultimately worked his way out of the jam with two big strikeouts to end the frame.

Cumberland got the bats rolling in the bottom half of the inning to provide an immediate answer to the Blue Raiders. Back-to-back walks to lead off the inning set up a sacrifice bunt from Tyler Stokes to put two runners in scoring position with one out. Jayden Hanna came up to bat and sent a hard ground ball to second base to put the Phoenix on the board. Jacob Dukart came up next and sent a rocket line drive into right field for an RBI single and Tyner Hughes followed it up with an RBI double off the top of the center-field wall. Nolan Machibroda capped off the four-run inning with an RBI double to left field, giving the Phoenix a 4-1 lead after two.

Alvarez continued to deal in the third, retiring the side in order to bring the Phoenix bats back up to the plate. Angel Mendoza wasted no time in the third after sending a leadoff home run well over the fence in left-center. Later in the inning, Dukart drove in his second run of the game with a single to left field to give Cumberland a 6-1 lead after three.

For the second inning in a row, Alvarez sent the Blue Raiders down one-two-three to make it eight straight outs for the senior pitcher. The Cumberland bats stayed hot in the bottom of the fourth as Nolan Machibroda got things going with a solo blast to left-center field. Nathan Vaughn picked up an RBI on a single into right field that brought home pinch-runner Corey Perkins to make the score 8-1. Tyler Stokes then came up to the plate with one runner on and put an exclamation point on the inning with a two-run shot over the left-field wall. The home run marked Stokes' third of the series and gave CU a 10-1 lead.

Cumberland found two out life in the fifth after back-to-back doubles by Machibroda and Shelton pushed across a run. Mendoza was hit by a pitch to bring up Santrel Farmer with two runners on. Farmer capped off the inning with a low line drive that carried over the left-field fence for a three-run home run to push their lead to 14-1.

Alvarez took the Phoenix the rest of the way pitching two more scoreless innings to give Cumberland a 14-1 win. The complete game outing by Alvarez marked his sixth win of the season. He did not allow an earned run and struck out eight batters in the contest.

Cumberland tallied four home runs off the bats of Machibroda, Mendoza, Farmer, and Stokes. Farmer led the way with three hits and three RBIs while Dukart and Vaughn picked up two hits apiece.

The Phoenix will be back at home this Tuesday to take on No. 2 Tennessee Wesleyan at 2:00 p.m.