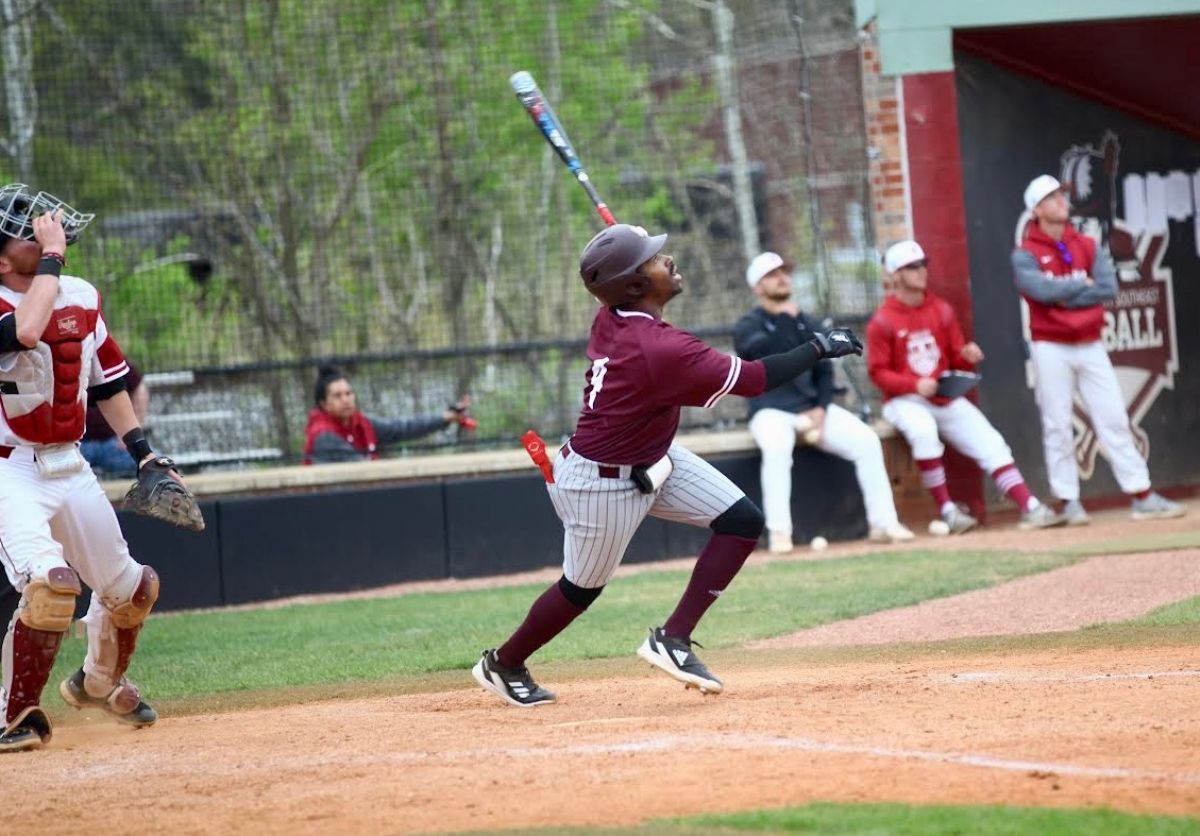 NEW ALBANY, Ind.--No. 18 IU-Southeast pounded out 20 hits scoring 18 runs to defeat Cumberland via the mercy rule after seven innings 18-8 on the road.

Cumberland (6-39) did not have their best showing today making five errors in the field and giving up 18 runs. The Phoenix battled back late to make the game interesting, scoring six runs in the sixth inning, but IU-Southeast scored six unanswered runs to run-rule the Phoenix.

Clay Woeste led off the second inning with a double and Trevor Campbell tripled to bring Woeste home. Brody Tanksley singled home Campbell. Marco Romero doubled to left-center field, but the Phoenix were able to get courtesy runner Tyler Mills out on the play. Romero was able to score on a wild pitch and Boxer singled home Wagner after he reached on a walk for the 8-0 lead.

Tyner Hughes led off the fourth inning with a bloop double down the right-field line and Nolan Machibroda singled him home for the first run of the game for Cumberland. The Phoenix had a chance to put more runs on the board, but an inning-ending double play ended the threat with the Grenadiers leading 8-1.

IU-Southeast responded with four more runs in the bottom half of the fourth. Wagner singled home two runs and John Ullom hit a two-run homer to extend the lead to 12-1.

Cumberland got one run back in the fifth inning. Jayden Hanna laced a two-out triple to left-center and Jacob Dukart drove him in with a single to right field.

Cumberland sent 13 batters to the plate in the sixth to score six runs. Santrel Farmer hit a three-run blast off the scoreboard in left-center field to start the scoring in the inning. Nathan Vaughn followed the homer with a double and Hanna drew a walk. Pinch-hitter Chewy Sanders hit an RBI single to right field to score Vaughn. Hughes was hit by a pitch to load the bases and Machibroda delivered a two-out, two-RBI single to cut the score to 12-8.

Blake Cook hit a one-out double and moved to third on a sacrifice bunt. Mendoza tried to back-pick Cook at third to end the inning, but the ball sailed into left field and allowed Cook to trot home for the run and a 13-8 lead after six innings.

The Grenadiers scored five in the seventh to end the game via the mercy rule.

The Phoenix threw six different pitchers as Raffauf was charged with the loss. Garrett Hill picked up the win for the Grenadiers in his first start of the season.

Hughes, Machibroda, and Ethan Shelton each posted two hits in the game while Farmer hit the only homer for the Phoenix.

Cumberland will stay on the road for their final regular-season series against Tennessee Southern starting Friday at 6:00 p.m. in Pulaski.