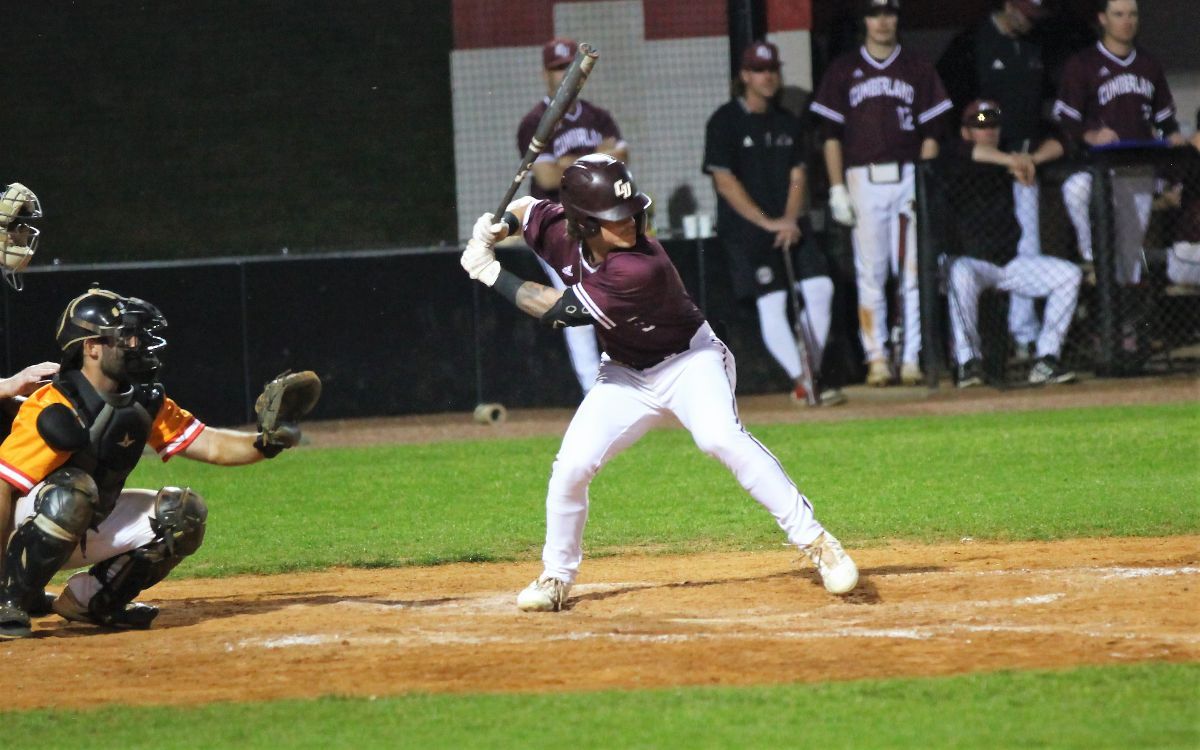 PULASKI, Tenn.--The Phoenix pounded out 16 hits to score 19 runs to run rule Tennessee Southern in the series opener on the road.

Tyler Stokes, Nathan Vaughn, and Nolan Machibroda each had three hits to lead the way for the Phoenix. Santrel Farmer had two hits and scored three runs with four RBI.

Cole Eigenhuis picked up the win on the mound to move to 4-3 on the mound after throwing five complete innings scattering 10 hits and giving up five runs. Rance Pittman dominated out of the pen retiring six straight to close out the win.

Cumberland broke the scoreboard first in the top of the second inning. The Phoenix loaded the bases for Stokes who delivered a clutch two-RBI single for a 2-0 lead.

Machibroda hit an opposite field two run home run to extned the lead to 4-0 in the third inning. Shelton followed that with a double laced off the top of the left field wall and came into score on a throwing error hit by Farmer. Nathan Vaughn hit a double down the right field line to put runners on second and third for Stokes. He delivered an two-RBI single to left field for a five run inning and a 7-0 lead.

In the bottom of the fourth, Will Clemmons delivered a two-out, two-RBI double and Drew Bailey followed that with an RBI-triple to cut the lead to 7-3. The Firehawks pushed across a fourth run on a first and third play, Brantley Holden stole second and the throw went through to second base allowing Bailey to come in and score.

Santrel Farmer led off the fifth with a single and Nathan Vaughn brings him in with an RBI-single to left field. Stokes followed that with his third hit of the day, a two-run homer to right field to chase Tennessee Southern's starter Logan Parrot after giving up 10 runs.

Jacob Dukart restarted the rally with a walk and Hughes reached on an throwing error that trickled all the way into the outfield that allowed Dukart to score. Shelton drove in a run on an RBI-single. Angel Mendoza singled to left to load the bases for Farmer to hit a sacrifice fly. Vaughn singled home another run in the inning for the seventh run of the frame and a 14-4 lead.

After a 40 minute delay, Eigenhuis took the mound again and gave up one run on RBI-double to right field by Michael Wertz to change the score to 14-5.

The Firehawks tacked on another run in the sixth inning off reliver Mitch Rogers. Lance Pope hit a single up the middle to bring home Brantley Holden.

Mendoza led off the seventh inning with a triple off the centerfield wall and Farmer drove in courtesy runner Corey Perkins with a sacrifice fly to right field to push the lead to 15-6.

In the eighth inning, Hughes roped a two-RBI triple to right field and Farmer hit a two-out, two-RBI single up the middle to give the Phoenix a 19-6 lead.

Rance Pittman was able to close the game out in the bottom half of the inning for the run rule victory.

The Phoenix and Firehawks will be back in action to close the series tomorrow with a doubleheader starting at 1:00 p.m.