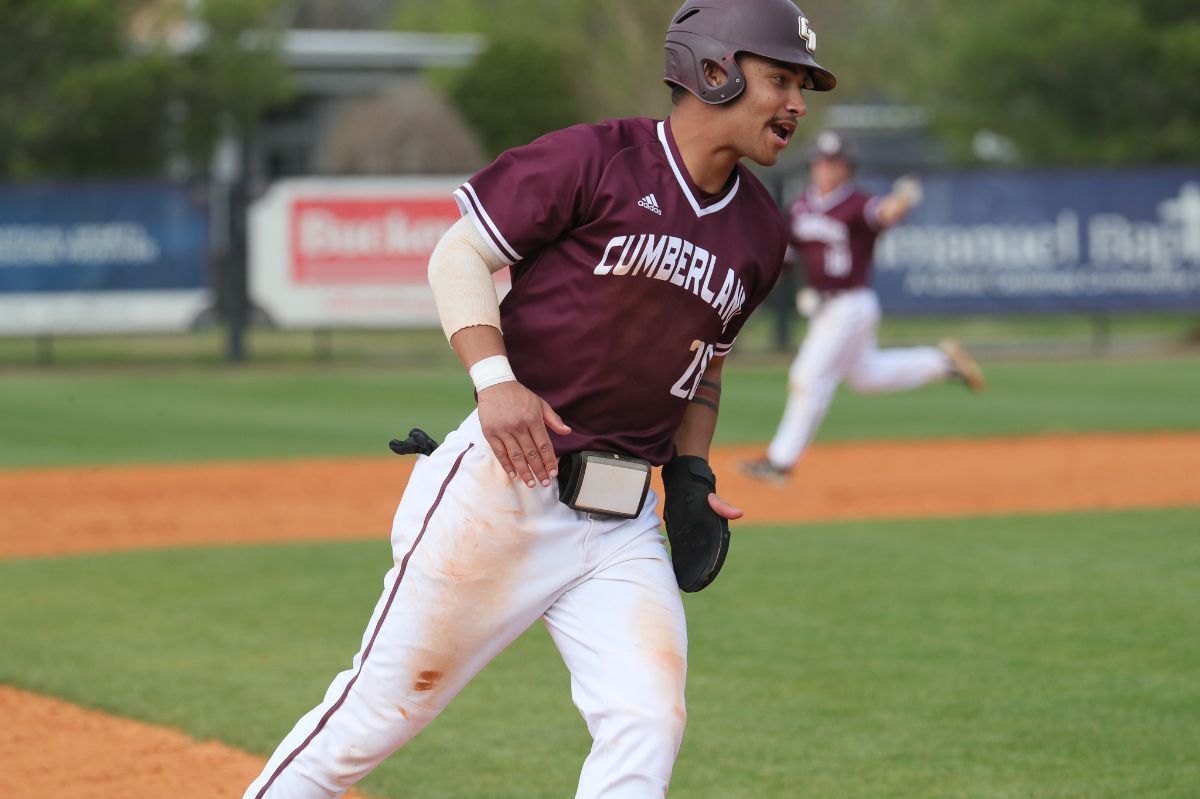 PULASKI, Tenn.--Cumberland Baseball completes the sweep against Tennessee Southern on the road at Bob Walker Field.

In the first game, the Phoenix crushed five homers en route to a season-high 26 runs and followed that up with 15 runs in the finale for 60 runs over the course of the series.

Trevor Muzzi received the win in the first game tossing three innings and giving up eight hits and six runs.

Everyone in the Phoenix starting lineup recorded at least one hit and one run in the game. Jayden Hanna left the yard twice including a grand slam. Jacob Dukart posted three hits and three RBI, Nolan Machibroda had two hits and four RBI, Santrel Farmer had three hits and scored four runs, and Chewy Sanders recorded three hits with four runs and hit his first home run in a Cumberland uniform.

The Firehawks scored first with a two run homer in the first inning, but that was the only lead Tennessee Southern had all day.

In the second, Cumberland sent 12 batters to the plate scoring 11 runs. Farmer hit a single to bring in the first run followed by a three-run shot by Sanders. Two batters later, Hanna hit a two-run home run and Ethan Shelton doubled home two for an 8-2 lead.

The onslaught continued in the third inning when CU scored 11 runs. Tyler Stokes singled home a run to start the scoring. Dukart doubled home a run, Machibroda hit a sacrifice fly, and Shelton singled to right, but an error brought home two runs. Angel Mendoza hit a two-run homer to left, and Hanna hit a grand slam to center for a 19-2 lead.

The Phoenix pushed across seven more runs in the fifth highlighted by a three-run shot by Machibroda for the 26 runs and wound up winning 26-10.

The Phoenix picked up where they left off in the finale as Hanna led off the game with a homer, his third home run of the day, to give Cumberland a 1-0 lead in the first.

Stokes and Hanna hit back-to-back doubles in the second to score two runs and extend the lead to 3-0.

Tennessee Southern scored one in the bottom half of the second, but the Phoenix responded with three runs in the third. Machibroda hit an RBI single, and then came in to score on a wild pitch, and Stokes drove in a run with an RBI fielder’s choice.

After a scoreless fourth and fifth, Cumberland tacked on six runs to bust the game wide open. Mendoza drove in Sanders with an RBI single to left, Silas Butler drew a bases-loaded walk, and Stokes brought three in with a double to center. Sanders doubled to left to bring in the last run of the inning and a 12-1 lead.

The Firehawks scored seven runs before Machibroda hit a two-run homer in the eighth and Farmer singled home the last run of the game for a 15-8 win and series sweep.

Angel Mendoza went 5-for-5 in game two while Sanders collected another three hits for a six-hit day.

The Phoenix will be on the road to take on Brescia this Tuesday in the final game of the regular season. The conference tournament seeding will be released soon and the Opening Round will begin this weekend.