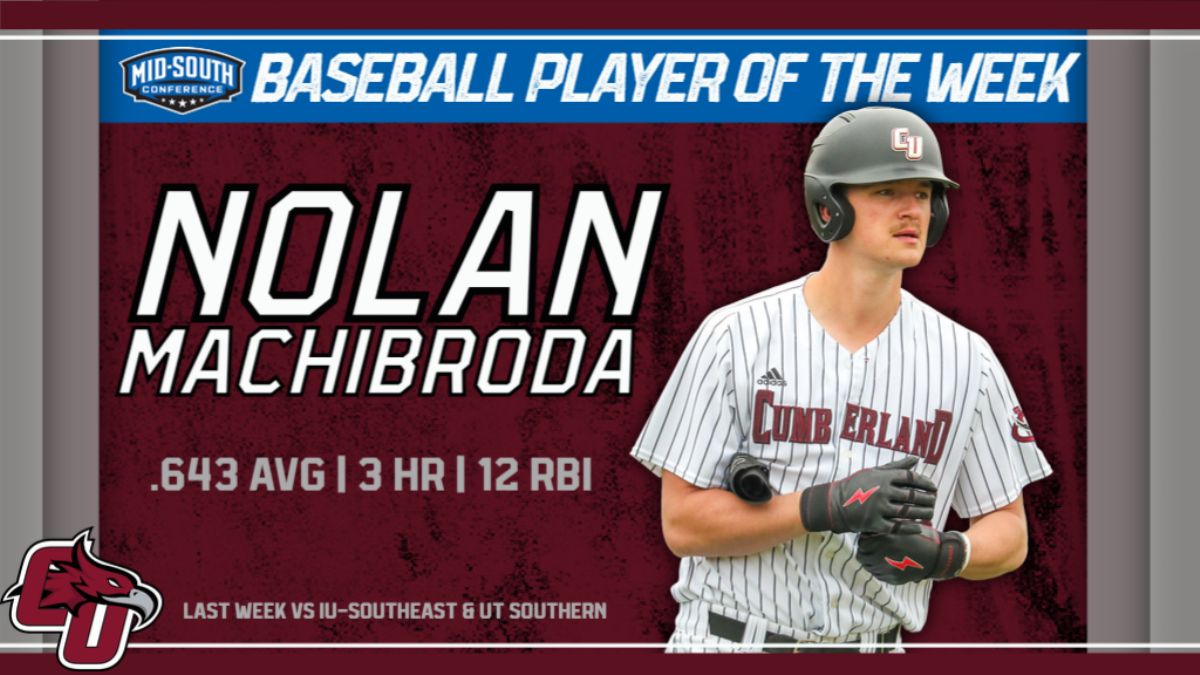 The senior from Saskatoon, Saskatchewan had a huge week at the plate, hitting .643 with three home runs and 12 RBIs across four games. He also scored nine runs in the three Phoenix wins.

This marks the third weekly honor of the season and the third of his career for Machibroda. This is Cumberland baseball's seventh player of the week honor this season.