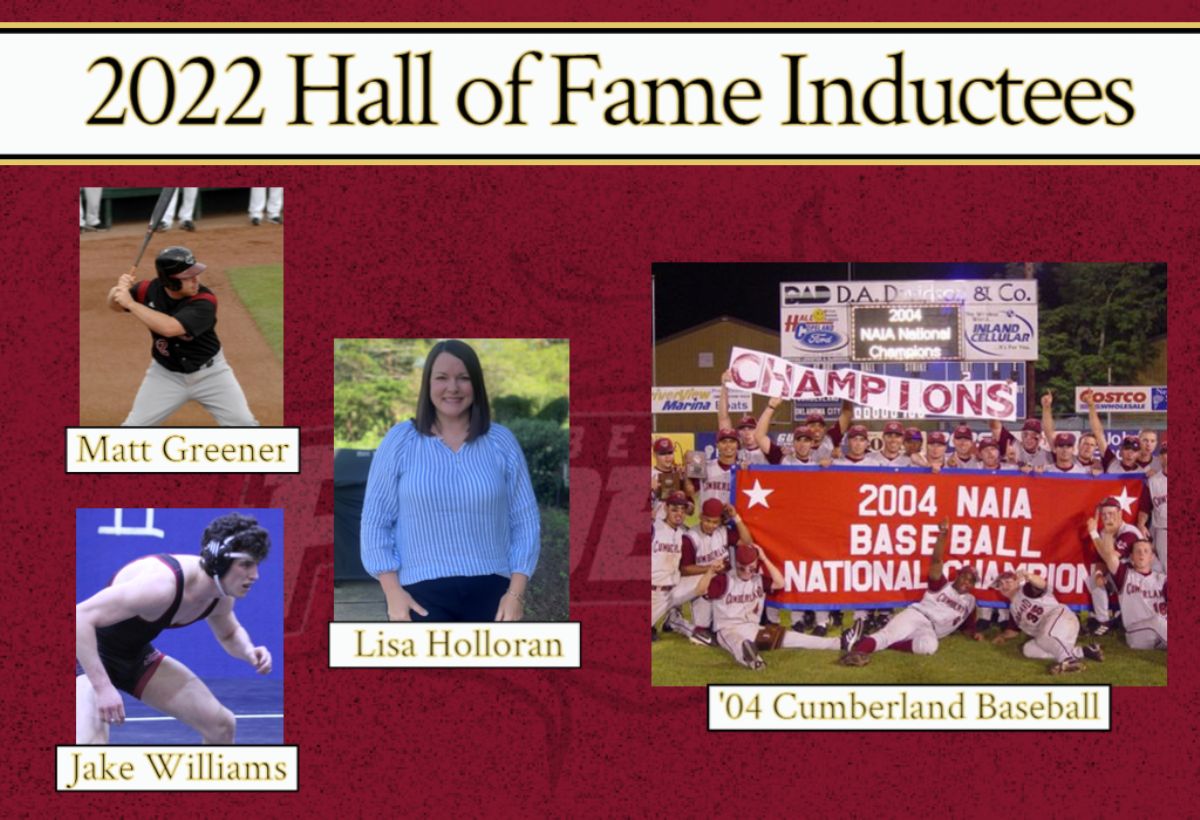 LEBANON, Tenn. – Cumberland University announces the Class of 2022 for the Sports Hall of Fame, which includes three individuals Jake Williams (wrestling), Matt Greener (baseball) and Lisa Holloran Johnson (women's volleyball) along with the 2004 baseball team. Honorees will be recognized at the Hall of Fame dinner and banquet on Friday, October 7 at 6:00 p.m. in Alumni Hall on the CU campus.

Williams, a Rio Ranch, N.M., native won the program's third and fourth individual National Championship at the 149-weight class. He is a four-time NAIA All-American, and a two-time Mid-South Conference Champion.

Over his career, he collected 107 victories. His sophomore campaign, he finished 30-13 on his way to a sixth-place finish at Nationals. He went on to win the National Title in 2014 upending No. 1 Colby Crank from Bethany College in the championship bout.

Williams successfully defended his national title in 2015 with a 10-5 sudden victory in the first overtime over top-ranked Jake Ekster from Missouri Valley. He is the only wrestler in Cumberland history to win back-to-back national titles.

He lead the NAIA in home runs (27), hits (116), total bases (225), and runs batted in (101) that season. Those marks still rank amongst the best in program history. His .466 average that season is second best behind just Randy Stegall, 27 homers is tied for second-best behind Donnie Burkhalter, 101 RBI is best in school history and he is second in hits.

The Jupiter, Fla., native collected nine hits in the World Series with one double, two home runs and 10 RBIs, including a grand slam in a 13-7 victory over Point Loma Nazarene on his way to the AVISTA NAIA World Series All-Tournament Team. He put together three double-digit hitting streaks during the year, including a 30-game stretch from March 7-April 16.

Holloran played volleyball at Cumberland for five seasons from 1993-1997. She earned the starting setter position as a freshman at CU and kept the spot for the duration of her time at CU.

She was an All-Conference selection each of the four seasons she spent on the court. The five-year stretch she was apart of in the 1990s was the best five-year span in school history as the team went 168-47. The 1993 team claimed the TCAC Regular Season and Conference Championship with a 38-5 record.

CU got hot at the right time just before the TranSouth Conference Tournament. The team rattled off five wins heading into the conference championship before running the TranSouth Tournament to claim the Championship. The team defeated rival Lee University in the Region XI tournament to clinch their trip to the Super Regionals. Cumberland swept Tennessee Wesleyan for the trip to Lewiston, Idaho.