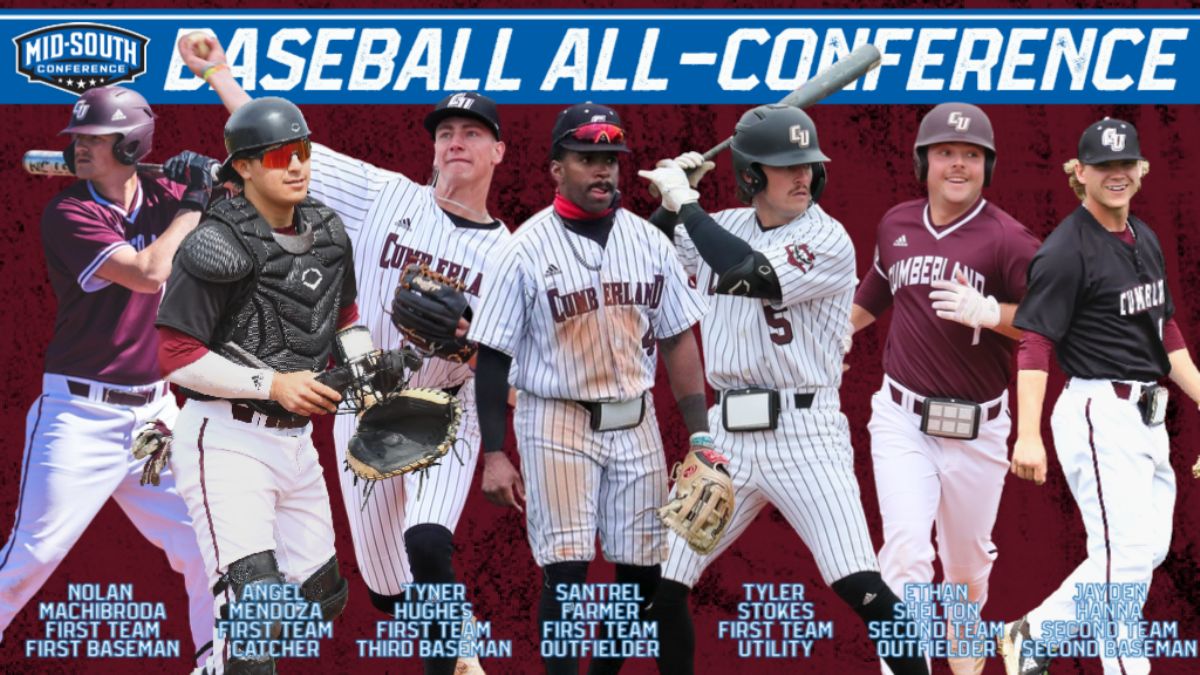 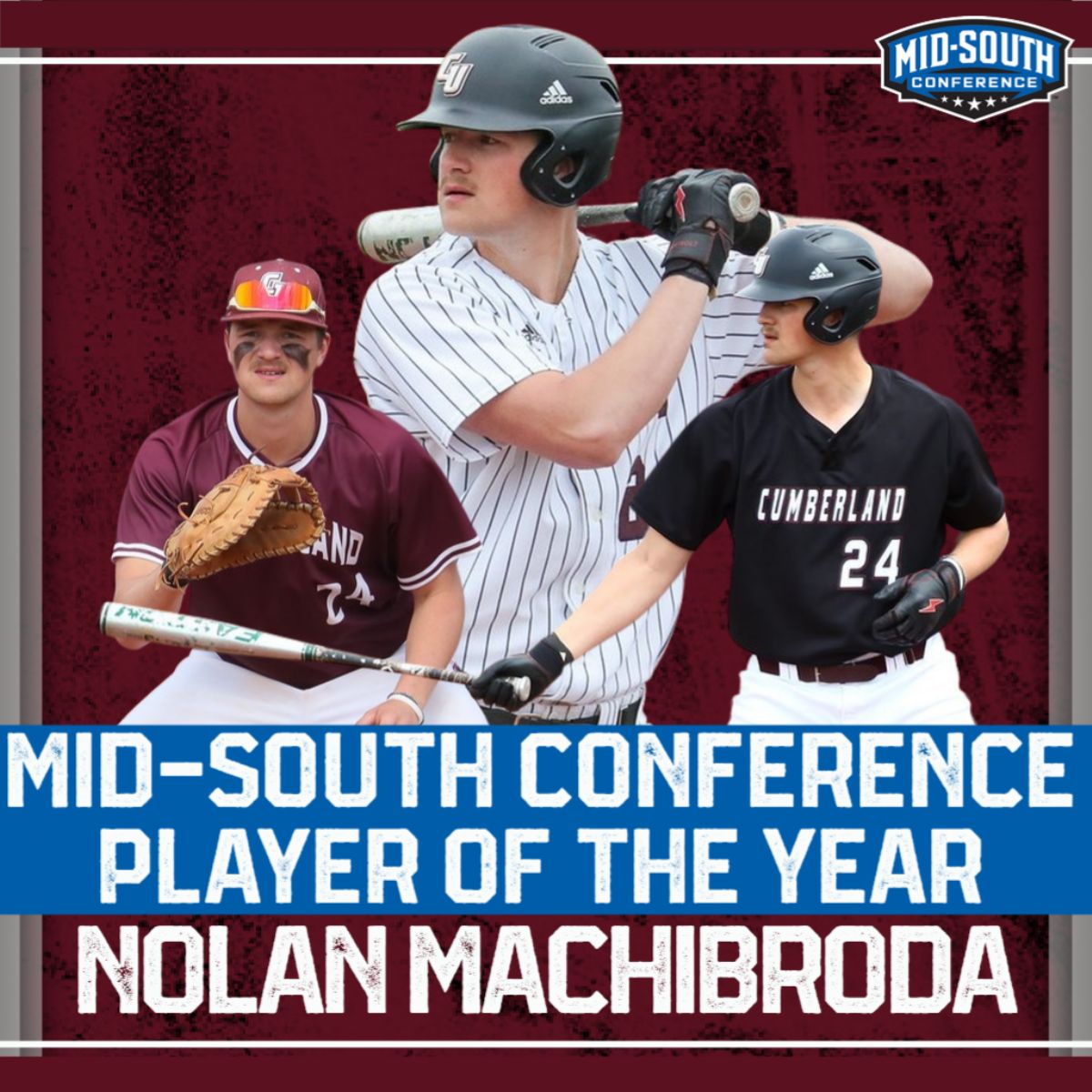 The Phoenix had five first-team All-Conference selections to tie with Mid-South Conference Regular Season Champions Freed-Hardeman for the most selections.

The senior from Saskatoon, Saskatchewan has put together one of the best offensive seasons in Cumberland history. He is currently leading the league in batting average (.457), runs batted in (65), walks (34), on-base percentage (.554), and slugging percentage (.866). Machibroda leads the team in home runs this season with 13. His .457 average is sixth-best in the NAIA this season while he is eighth in RBI.

Angel Mendoza had a terrific season earning First Team honors as a catcher. Mendoza is mostly known for his defensive skills as the Phoenix backstop but has flourished with the bat as well this season hitting .364 with 10 home runs and 36 runs driven in. He leads the conference in hit by pitches with 20 to help him boast a .491 on-base percentage. Mendoza has thrown out 21 runners attempting to steal this season while also picking off runners regularly. He earned Mid-South Conference Baseball Player of the Week one time this season.

Tyner Hughes earned First Team All-Conference Third Baseman honors. Hughes has been a staple in the Phoenix lineup this season as his average has not dipped under .400 all season long. Hughes has cranked 10 home runs this year and is second on the team in RBI with 45 this season. He is fifth in the conference in runs scored (53), sixth in triples (3), seventh in homers, and ninth in doubles (14).

Santrel Farmer was named First Team All-Mid-South Conference as an outfielder this season while also earning Gold Glove honors for his stellar play patrolling centerfield. Farmer is hitting .396 with eight homers and 39 RBI.  He ranks second in the league in stolen bases (25), third in runs scored (55), seventh in average, and ninth in OBP (.492). Farmer received MSC Player of the Week honors one time this season.

Tyler Stokes was named First Team All-Mid-South Conference as a utility player. Stokes saw starts in the infield, outfield, and as the designated hitter this season playing wherever the team needed him. This season he is hitting .307 with 10 homers and 44 runs driven in with 10 doubles. Stokes is tied for sixth in the league in triples with three, he is seventh in the MSC in homers, and 11th in RBI.

Ethan Shelton earned Second Team All-MSC honors as an Outfielder. Shelton has swung the bat well all season long hitting .329 with seven home runs and 42 RBI. He is seventh in the league and second on the team in doubles with 14.

Second Baseman Jayden Hanna also earned Second Team All-Conference honors. Hanna has been the catalyst to the Phoenix lineup from the leadoff spot in the order. He is hitting .366 with 10 home runs as well and 39 runs batted in. Hanna is first in the league in runs scored with 61, leads the team in doubles with 15, and is seventh in OBP (.513) and slugging percentage (.717).

Corey Perkins was named to the Mid-South Conference Champions of Character team.

Cumberland is set for a big opening-round series on the road to face the No. 3 seed Thomas More in the Mid-South Conference Opening Round. The first game of the series will be played Friday at 1:00 p.m. central time in a best-of-three format.