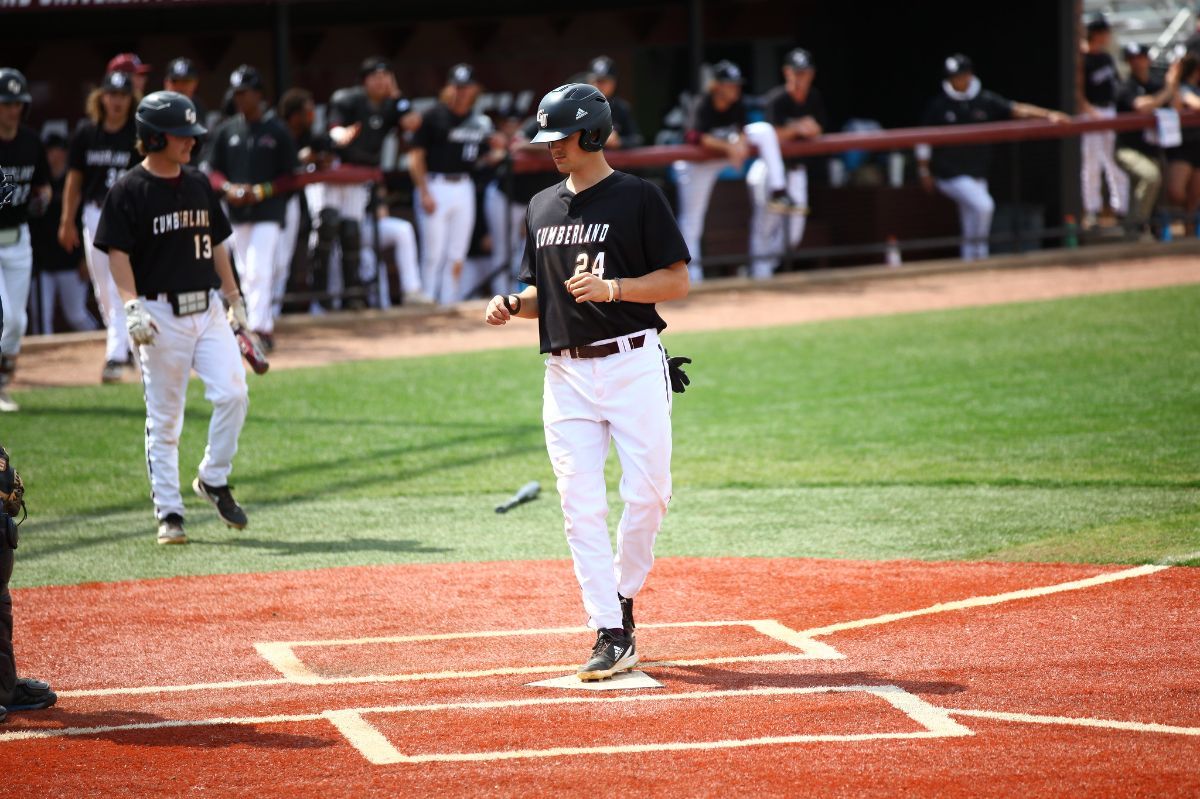 Cole Eigenhuis picked up the win on the mound in game one, throwing seven complete innings with seven strikeouts. He only surrendered one walk and eight hits with two earned runs. Six different hitters recorded multi-hit games for Cumberland in game one. Nolan Machibroda led the way with a grand slam and seven RBIs while Angel Mendoza had a team-high four hits.

Cumberland's bats wasted no time in game one as Jayden Hanna started them off with a lead-off double to the left-center wall. Chewy Sanders stepped into the box next and sent a ground ball up the middle that found its way into center field to bring home Hanna from second, giving the Phoenix an early 1-0 lead.

After a one-two-three inning from Eigenhuis, Cumberland's offense exploded for a five-run second inning. Mendoza got Cumberland started with a lead-off single and Corey Perkins came in to pinch run. Perkins advanced to second on a balk, Farmer reached on an error, and Vaughn walked to load the bases with nobody out. Tyler Stokes came up next and ripped an RBI single to centerfield for the first run of the inning. A wild pitch brought home Farmer from third and an RBI groundout from Sanders pushed across the third run in the inning. The Phoenix pushed another run across on Thomas More's second error of the game. Machibroda capped the big inning off with an RBI single to right field, giving the Phoenix a 6-0 lead.

Two walks and an error helped load the bases for the Phoenix with one out in the third inning, bringing up Machibroda. The recently announced Mid-South Conference Player of the Year blasted a grand slam over the right-field wall to give the Phoenix a 10-0 lead over the Saints.

Thomas More found two out life in the bottom of the fourth inning where they scored two runs on three singles and a hit batter.

Cumberland responded quickly in the fifth inning after a walk and a single put runners on the corners to start the inning. Hanna helped push a run across on a bunt single and Sanders followed it up with an RBI single to left field. The Phoenix scratched two more runs across in the inning on back-to-back RBI groundouts to give them a 14-2 lead.

The Saints added two runs in the fifth on two Cumberland errors and one run in the sixth on a third error to bring the score to 14-5.

Sanders led off the seventh inning with a double for his third hit of the game but was out at third in a rundown on a fielder's choice ground ball by Tyner Hughes. Later in the inning, Machibroda drove in his seventh run of the game on an RBI single to center field. Two batters later, Mendoza drove in Machibroda from third with a single to bring Cumberland's lead to 16-5.

Eigenhuis stayed in to pitch for the Phoenix in the bottom of the seventh and retired the side in order to give Cumberland a 16-5 run-rule win.

Cumberland could not get the bats going in game two as they picked up five total hits as a team. Machibroda led the Phoenix offensively, adding two hits and four RBIs to his impressive totals on the day.

Daniel Alvarez got the ball on the mound to start game one, pitching 5.1 innings with three strikeouts. Alvarez allowed nine hits and gave up three earned runs. Alex Smith pitched 3.1 innings in relief while giving up one run on two hits and collecting two strikeouts.

Thomas More got off to a hot start in game two after scoring one run in the first and two in the second to give them a 3-0 lead after two innings of play.

After pitching five shutout innings, the Phoenix finally got to Landen Scott in the top of the sixth. Stokes got the inning started with a double to left-center field and back-to-back walks loaded the bases for Hughes. Hughes sent a deep sac fly into center field, advancing all Cumberland base runners and forcing a Saints pitching change. Zach Dugan came in to pitch in relief and the first batter he faced was Machibroda. Machibroda hit a rocket single up the middle to drive in a pair of runs and tie the game 3-3.

The Saints responded in the bottom half of the inning with two runs after Gavin Pearson hit a bases-loaded double to help Thomas More retake the lead 5-3.

Cumberland found two-out magic in the top of the eighth inning when Machibroda stepped back in the box with a runner on first. Machibroda did not disappoint as he blasted an opposite-field two-run home run over the left-field wall to tie the game at 5-5.

Thomas More started off the bottom of the ninth with a leadoff walk and got a balk call on a pickoff attempt by Smith to advance the runner to second base. Smith forced the next batter to fly out to center and followed it up with a ground out to third to get two quick outs. The next batter came up to plate and worked a deep count against Smith to draw a walk and put two runners on. Unfortunately for the Phoenix, Gavin Vogelgesang hit a low line drive into center field that found the grass in front of a diving Santrel Farmer to walk it off and win 6-5.

Cumberland will be back in action tomorrow at 11:00 a.m. for the series finale with a trip to Bowling Green on the line.