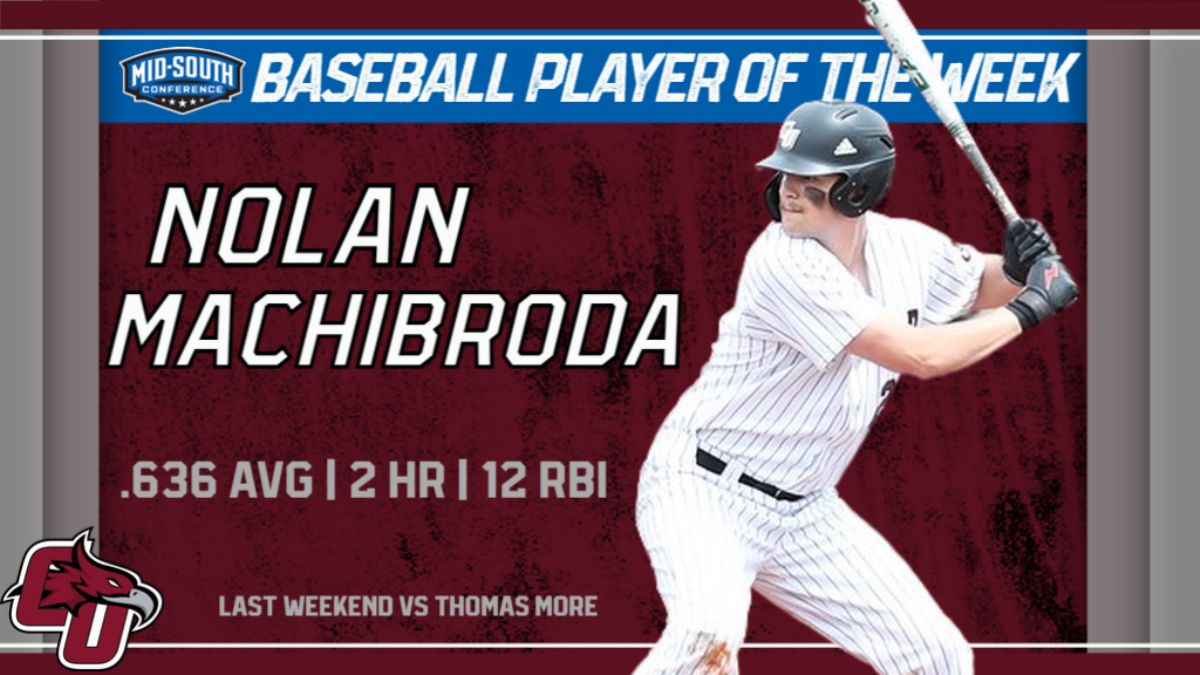 In game one against Thomas More, he posted three hits with a grand slam and seven RBIs. He picked up two hits with a two-run bomb and four RBIs in game two. Machibroda added two hits, two walks, and an RBI in the series finale.

This marks the fourth weekly honor of the season and the fourth of his career for Machibroda. This is Cumberland baseball's eighth player of the week honor this season.