Cumberland at Georgetown | May 05, 2022
BoxscorePlay-by-Play 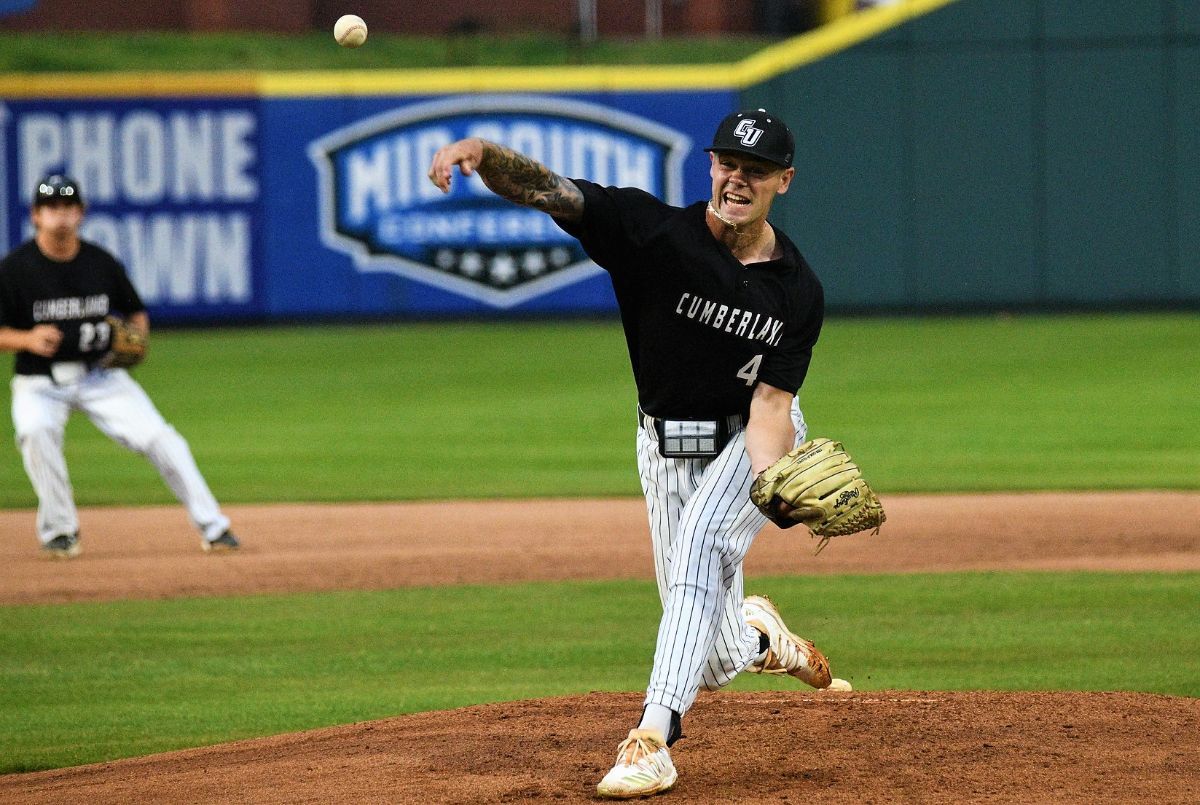 BOWLING GREEN, Ky.--3-seed Georgetown rallies to score six runs in the ninth inning to walk off the Phoenix and send Cumberland to the loser's bracket of the Mid-South Conference Baseball Championships.

Cumberland held the lead the whole game until the final swing of the bat from Tigers catcher Maxwell Baldaccini who hit a three-run walk-off homer. The Phoenix took a 6-3 lead into the ninth before a double, a single, and a hit batter loaded the bases bringing in Cumberland closer Ethan Torres from the bullpen.

Torress punched out the first batter he faced, but with one out Hank Schineller hit a two-RBI single up the middle. The Phoenix intentionally walked the next batter with runners on the corners for the force out at every base. With the tying run on third and the bags full, Torres induced a chopper back to him. He turned and threw to second for the second out, but Cumberland could not complete the double play. The next batter, Baldaccini ended the game with the three-run homer.

Nolan Machibroda had another great showing going 3-for-4 with two home runs and four runs batted in. Santrel Farmer added three hits in the game.

Cole Eigenhuis started on the mound and had to battle through rain delays, one in the fourth inning. He tossed five full innings exiting the game with the lead after the second rain delay. He punched out five batters allowing four hits with three walks and two hit batters for three earned runs.

Alex Smith tossed three full innings in relief, working out of two jams before giving up three runs in the ninth. Torres suffered the loss, his first loss of the season.

Machibroda started the game with a bang hit a three-run blast over the right-field bullpen to give Cumberland an early lead.

Georgetown scored one run in the bottom of the second as Eigenhuis issued a walk and then a double down the line off the glove of Tyner Hughes put runners on second and third. Dashon Moore hit an RBI-groundout to second to score Justin Brodt.

In the fourth, with the bases loaded the first rain delay was issued that lasted just over an hour and a half. When play resumed, Jayden Hanna delivered an RBI-single up the middle to push the lead out to 4-1.

Jaxon Spigelberg and Max Flock drew walks in the fifth for the Tigers. Both advanced to second and third on a wild pitch and Joshua Duarte hit a two-out two-RBi single to center to cut it to a one-run game, 4-3.

Machibroda hit a solo homer in the ninth over dead-center field for his second home run of the game and 17th of the season.

The Tigers rallied for six runs in the bottom of the ninth to win the game and send the Phoenix to the loser's bracket.

The Phoenix will play the loser of Freed-Hardeman and Bethel at 4:00 p.m., however weather is in the forecast, so check the website for game times.