Cumberland at Campbellsville | May 07, 2022
BoxscorePlay-by-Play 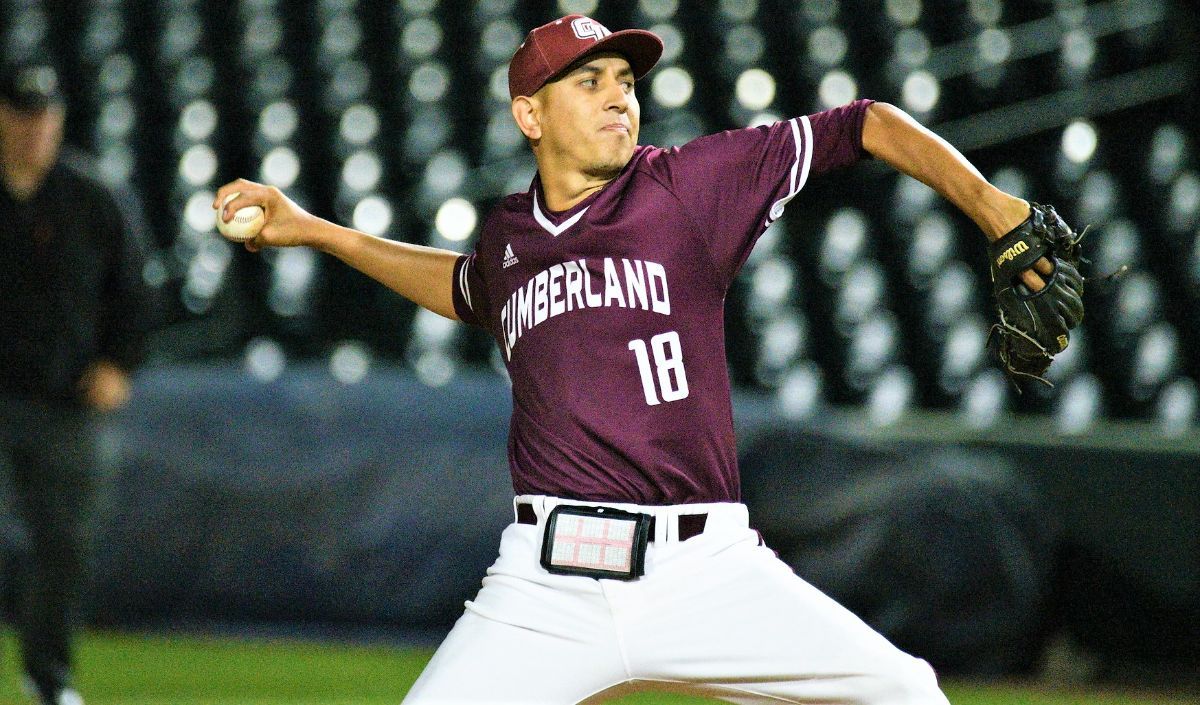 Daniel Alvarez threw seven innings in the no decision. (Credit: MSC Officials)
Cumberland at Campbellsville | May 07, 2022

BOWLING GREEN, Ky.--Cumberland jumped out to a 5-0 lead after five innings, but Campbellsville rallied to score seven unanswered runs to end Cumberland's 2022 campaign.

The Phoenix started the game with fire taking an early lead after just three batters, but Campbellsville started to chip away and continued until they scored three in the eighth inning to take the lead.

Daniel Alvarez had a strong showing tossing seven innings and working in and out of trouble. He struck out eight and allowed four runs, two earned. Alvarez exited the game with a 5-4 lead, and a trio of relievers couldn't hold on to the lead.

Cumberland did all their damage offensively off of Campbellsville starter Kacey Cheek. Cheek threw the first five innings giving up six hits and five runs, all earned while striking out five and walking four.

Tigers reliever Chad McCann was lights out for Campbellsville picking up the win in four strong innings of two-hit baseball. He punched out eight Cumberland hitters.

Jayden Hanna led off the game with a double down the right field line. He moved to third on a passed ball and came in to score on a sacrifice fly by Hughes to left field for an early lead.

Farmer drew a walk to lead off the second and advanced to second on a single from Ethan Shelton. Nathan Vaughn jetted a ball down the left-field line to score Farmer, but that was all Cumberland could score in the inning. The Phoenix lead 2-0 after two innings.

Shelton hit a solo home run into the left-field bullpen in the fourth inning to give the Phoenix a 3-0 lead.

In the fifth, Chewy Sanders drew a leadoff walk, and the next batter Tyner Hughes roped a double in the right-center field gap to score Sanders from first base. After back-to-back strikeouts, Angel Medoza delivered a clutch two-out RBI single through the left side of the infield to plate Hughes and give the Phoenix a 5-0 lead.

The Tigers finally were able to get to Alvarez in the bottom of the fifth. With one out, Alvarez drilled Kale Seitz by a pitch, Samio Uze singled to center, and Jacob Gonzalez drew a free pass to load the bases. Noah Amenta hit a ground ball to Vaughn that he misplayed allowing Seitz to score while everyone reached safely and an RBI fielder's choice by Jacob White scored the second run to cut into the lead 5-2.

Alex Castaneda singled with two outs in the sixth inning to give Seitz a chance to swing the bat. Seitz rolled a grounder to Hughes at third base, but Hughes sailed the throw into right field allowing Castaneda to come all the way around to score.

Gonzalez led off the seventh with a triple off the right field wall and scored on an RBI groundout to cut into the lead further after seven, 5-4.

Ethan Torres replaced Alvarez in the eighth inning and recorded the first out, but a single and a walk ended his outing for Rance Pittman. Uze blooped a single down the line to load the bases. Gonzalez hit a single through the left side to score two and give the Tigers their first lead of the night. Cumberland went to the bullpen once more to Ian Schilling and the Tigers added one more on a sacrifice fly for a 7-5 lead.

Down to their final out, Hughes scorched a triple down the left-field line to give the Phoenix a chance. Campbellsville opted to intentionally walk Nolan Machibroda to put the tying run on base, but the move worked out as Farmer grounded out to the shortstop to end the game.

Cumberland's rollercoaster 2022 season comes to an end along with 15 Phoenix seniors.