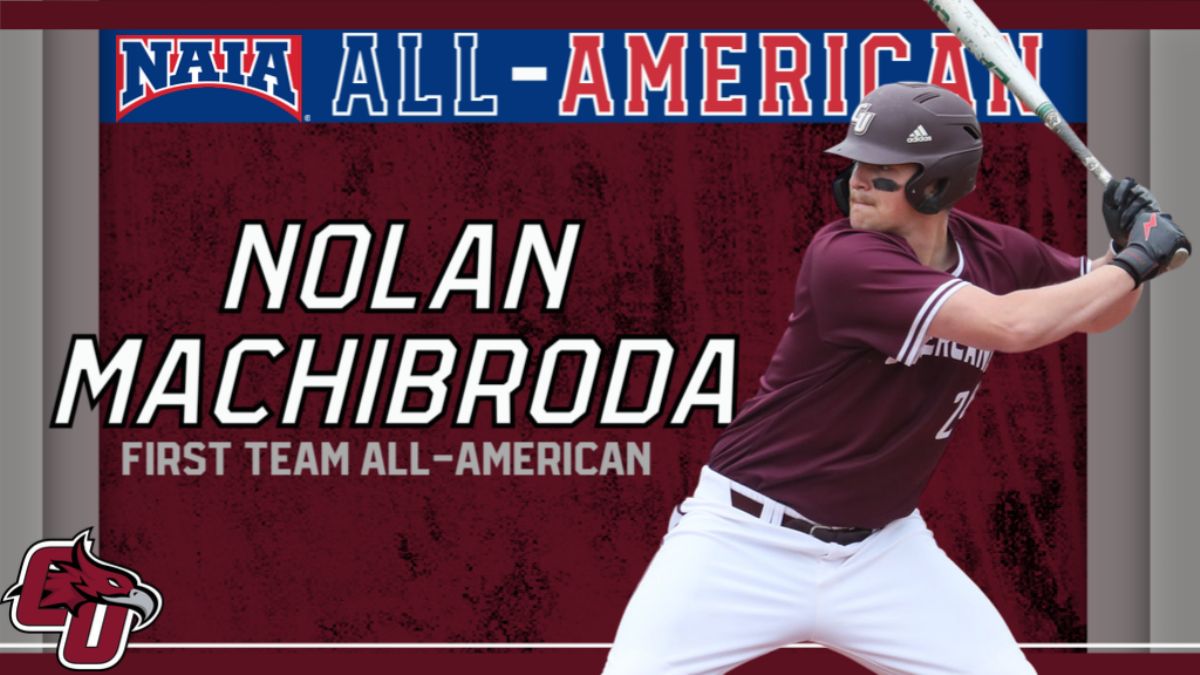 LEBANON, Tenn.--Cumberland first baseman Nolan Machibroda was named an First Team All-American after a spectacular senior campaign as announced by the national office on Tuesday.

He earned the 70th All-America honor in Cumberland Baseball history and becomes the 61st different player to garner All-American status. He is the first under head coach Ryan Hunt.

Machibroda was named the Mid-South Conference Player of the Week four times this season, more than any other player in the league.

The Saskatoon, Saskatchewan, native has put together one of the best offensive seasons in Cumberland history. He posted a .460 batting average which ranks third best in school history behind greats Randy Stegall and Matt Greener.

He hit 17 home runs this season which was second best in the conference and led the league in RBI with 83. The mark is seventh-best in the NAIA, despite everyone above him playing in at least seven more games than Machibroda played. He hit an incredible .460 this season which is also the fourth-highest average in the NAIA and the third-highest in program history.

Machibroda strung together a 23-game hit streak this season and a smaller 10-game streak at the end of the season, but every game during the 10-game stretch he went for multiple hits really boosting his average down the stretch of the season.