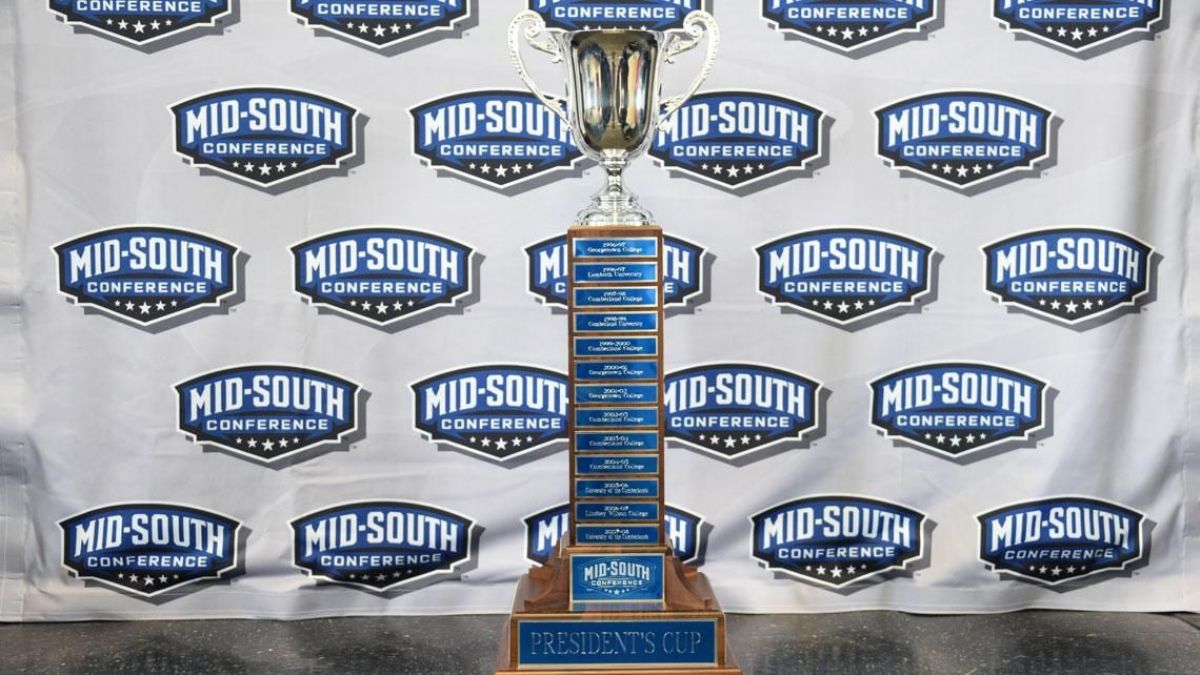 The points are awarded based on the final regular-season standings for each conference-sanctioned sport. The regular-season champion or event champion -- in the case where there is no regular season -- in each sport receives 10 points with second place receiving nine points, etc. The top seven male and top seven female team finishes for each institution will generate the institution's overall totals. For co-ed sports, points are awarded to the gender that benefits the most by the co-ed score.

Georgetown (Ky.) finished in eighth with 92.5 points, Bethel (Tenn.) tallied 74.5 points to place ninth while Shawnee State (Ohio) with 71.5 points. Pikeville (Ky.) and Freed-Hardeman (Tenn.) round out the team standings with 56.5 and 44.5 points, respectively.

Campbellsville, Cumberland, and Shawnee State each won one championship towards the President's Cup in 2021-22.