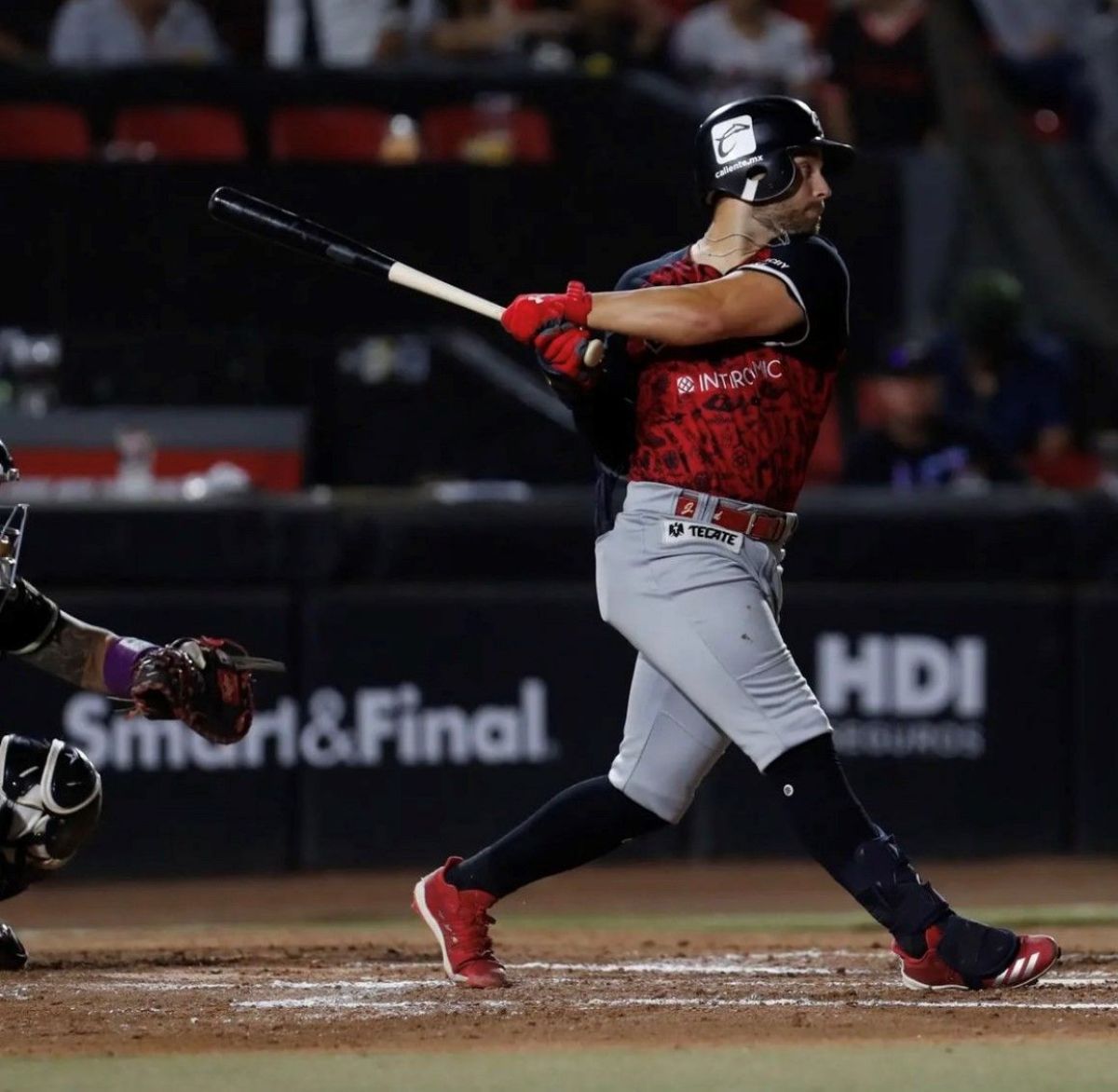 Byrd, a 2015 Cumberland graduate, has spent the past eight seasons bouncing around from Independent League teams playing in the Frontier League, the American Association, the Pecos League and the Pacific Association . Most recently, he has spent the past two seasons with the Lincoln SaltDogs producing his best season to date this year.

He was hitting .379 through 24 games with seven homers and 20 RBI. Byrd was selected as an American Association All-Star game starter this past Saturday before the Guerreros picked up his contract. Through his eight professional seasons, Byrd has a career average of .279 with 39 career home runs and 152 RBI. He also has stolen 97 bases.

Byrd received the call Saturday that his contract was purchased by Oaxaca and immediately jumped on a plane to make it to Tijuana, Mexico to play in their game that night. He was slated to hit third for the Guerreros and made a strong first impression in his debut.

On a 1-1 count in the top of the first inning, Byrd hit a breaking ball over the right-field fence for his first hit and home run for the Guerreros.

"Hitting that homer first at-bat right off the plane. . . wow," Byrd said. "I was floating around the bases. There were right at 15,000 people in Tijuana in the stadium and to hit a homer my first at-bat, just an amazing experience." The video of the home run can be watched here.

Byrd has been one that has never given up on his dream and has continued to sacrifice and push to make it as far as he can. This is one step closer to playing in the Big Leagues in Mexico.

"What a blessing it is to have the opportunity to keep playing this game. It seems like this has been a long time coming, this is year eight, so perseverance is definitely underrated. It is a great thing to dedicate yourself to something and stick with it through hardship and get the opportunity to do something pretty amazing in the end."

"It was tough to get down here, there are only seven import spots available for people that are not Mexican, so it is extremely hard to get here, especially for a guy that doesn't have affiliated time to land one of these jobs," he continued. "Good doors opened, good people, and good relationships helped me get here."

Former Cumberland baseball head coach and current Assistant Athletic Director Woody Hunt said about Byrd, "Justin has never given up on his dreams. His dream is to play Major League Baseball and he has taken one step closer to that. He was a really good player here at Cumberland and will continue to strive to make it to the Major Leagues."

At Cumberland, Byrd earned First Team All-Conference honors in 2015. He hit .333 through two seasons at CU with 13 homers and 74 RBI. Byrd led the team in average (.361) and runs in 2015 (44). He was a two-time Mid-South Conference Player of the Week, two-time Academic All-Conference selection, and a two-time NAIA Scholar-Athlete.

During the National Championship run in 2014, Byrd played an important role from the middle of the Cumberland lineup and patrolled centerfield defensively. His most memorable play at Cumberland was when he stretched a double into a triple against Oklahoma Wesleyan in the eighth inning at the World Series. The next batter, Tyler Anderson, hit a sacrifice fly to score Byrd to tie the game and send it to extras. Cumberland wound up winning in the 10th inning on a walk-off hit by Richie Seaton.