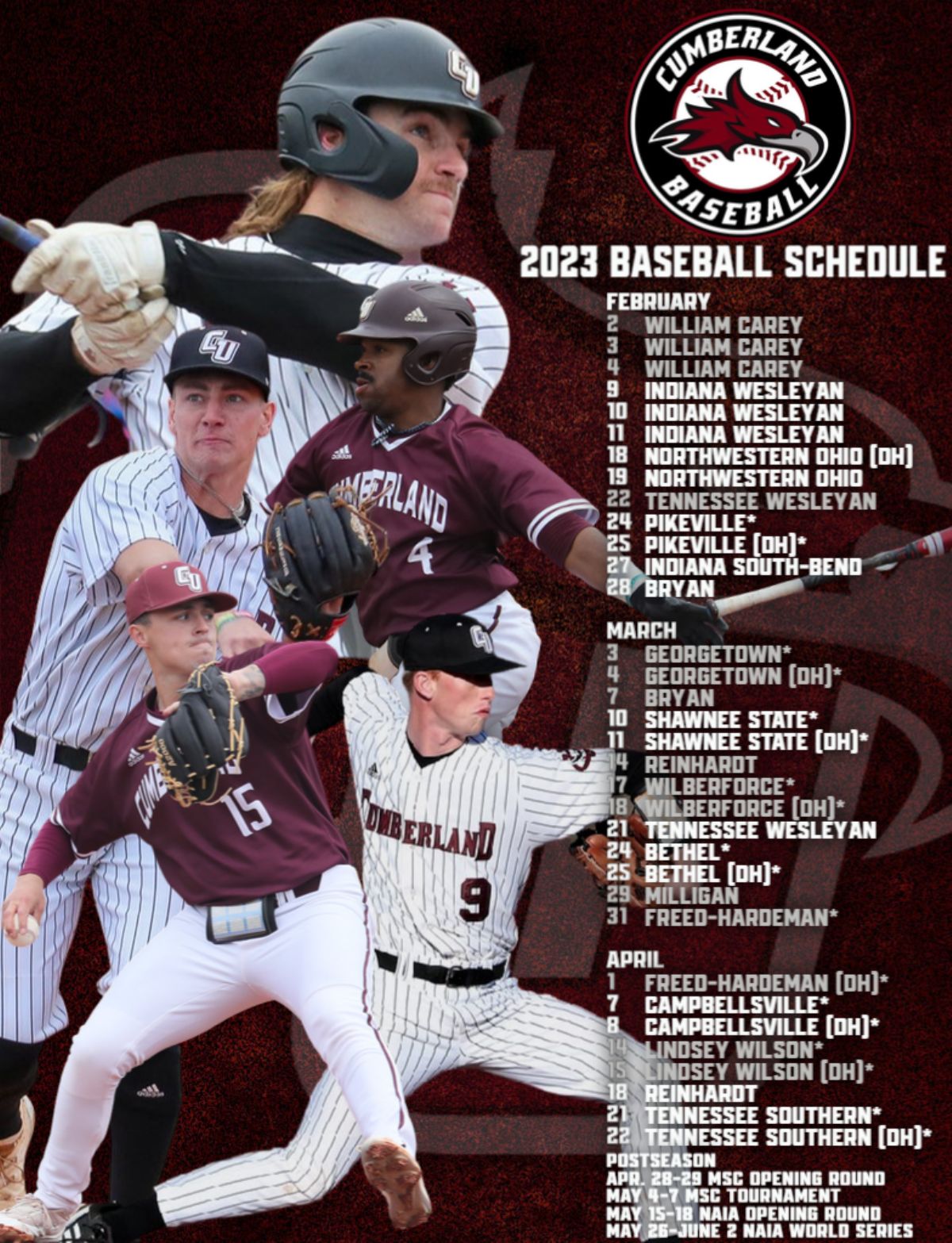 The Phoenix begin the 2023 campaign with a three-game series against William Carey on the road in Hattiesburg Feb. 2-4. CU will play a majority of the February schedule at home with the new addition of the field turf, expected to be finished in the next week or so. Cumberland will then have their home opener with a three-game set against Indiana Wesleyan on Feb. 9 and will play one game each day that weekend to complete the series.

The Phoenix plays host to Northwestern Ohio Feb. 18-19 for a weekend series and then heads on the road to Athens, Tenn. for a match with defending AAC Champions Tennessee Wesleyan.

Cumberland starts conference play on Friday, February 24 with a three-game set with Pikeville at home and will take on IU South-Bend and Bryan College inside the friendly confines of Woody Hunt Stadium to close out February.

The Phoenix will go on the road for one game against Tennessee Wesleyan, who made it to the NAIA opening round a year ago, on February 22nd before opening up Mid-South conference play against Thomas More University February 25-26 in Crestview Hills, Kentucky. The Phoenix come back home for a single game against Milligan University on March 1st and follow it up with a conference weekend against Shawnee State University on March 4-5 on the road.

CU will go to Georgetown for its first away conference weekend on March 3-4. On March 7, Cumberland will travel to Dayton to take on Bryan College on the road before hosting Shawnee State on the 10-11.

The Freed-Hardeman series starts a string of nine-straight conference games as CU will host Campbellsville on April 7-8 and travel to Lindsey Wilson on April 14-15. Cumberland will close the regular season at home with a four-game homestand against Reinhardt on April 18 and close it out with a three-game series against the FireHawks of Tennessee Southern.

The NAIA Championship Opening Round is set for May 15-18 and the 66th Annual NAIA World Series takes place May 26th-June 2nd in Lewiston, Idaho.