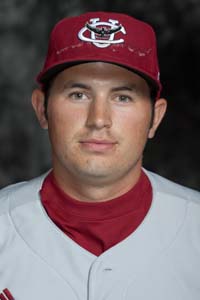 2011: Named TranSouth Scholar-Athlete … Played in two games before an injury sidelined him for the rest of the season … Went 1-for-4 with one RBI in second game of opening series versus Missouri Baptist and walked twice and scored a run in first game against the Univ. of St. Francis [IN].