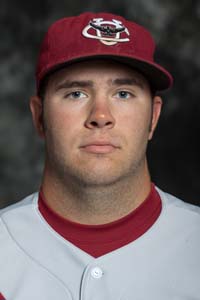 2011 (JUNIOR): Named TranSouth Scholar-Athlete … Played in 17 contests with three starts, batting .211 with four hits in 19 at-bats, one double and three RBIs … Went 2-for-9 (.222) as pinch-hitter, tying for team lead in pinch-hits … Scored as pinch-runner in second game of opening series against Missouri Baptist … Doubled and scored off the bench in victory over McKendree Univ. … Collected two hits in first game at Northwood [TX] Univ. in first career start … Singled, drove in a run and scored once as pinch-hitter in series opener at Blue Mountain … Drove in a run with a sacrifice fly in start at Lindsey Wilson.