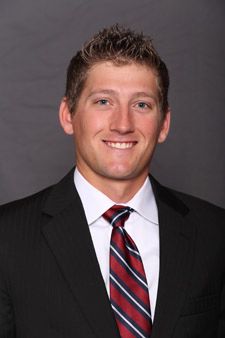 Nick Conley begins his first season as a graduate assistant at Cumberland after serving one year as a student assistant during the club’s 2014 national championship season. He played his final two years of collegiate baseball with the Bulldogs in 2012 and 2013.

As a junior for the Bulldogs, the righthander appeared in four contests covering 3.2 innings, including one shutout inning versus Tennessee Wesleyan and 1.2 innings against Indiana-Southeast, giving up two unearned runs.

Conley tossed 54.2 innings in 12 appearances with seven starts as a senior, posting a 3-2 mark with one save. He worked seven innings at Auburn Montgomery, allowing two runs, and won his first-ever decision with seven strong innings against No. 9 Faulkner University, giving up one run on three hits.

He allowed one run on five hits in nine innings versus Mid-Continent University for his second victory and worked 4.2 innings of relief for a victory at top-ranked Lee University, giving up two unearned runs. Conley tossed three shutout frames versus Bluefield College for his only save at CU.

The St. Charles, Mo., native spent one season at St. Louis Community College in St. Louis, Mo., before transferring to Ranger College in Ranger, Texas, as a sophomore. He was a four-year letterwinner, earning All-Conference honors as a senior, at Francis Howell North High School in St. Charles.

Conley received his bachelor’s in Sports Management with a minor in Coaching from Cumberland in May 2014 and is currently enrolled in the master’s program for Sport and Exercise Science at CU.