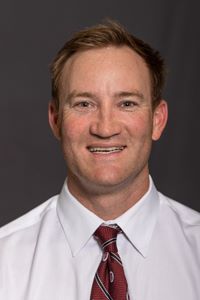 Former Cumberland national championship player Mike Minkel returns to his alma mater as an assistant coach for the 2016 season.

Minkel batted .304 with 10 doubles, four homers, 38 RBIs and 48 runs scored along with 13 stolen bases as a senior, helping Cumberland return to the World Series.

He was an All-Conference selection as a sophomore at Mission College in Santa Clara, Calif., before spending his final two years in Lebanon.

After college Minkel served as a graduate assistant in the athletic department for two years, helping with game management, marketing and class attendance. He served one year as an assistant coach at Mission College in 2010 and the past five seasons on the baseball staff at Saratoga High School in Saratoga, Calif.

Minkel served three years as a Baseball Operations Coordinator with the San Francisco Giants from 2010-12, breaking down video and player information for the club’s minor league teams, and also as a part-time Luxury Suite Attendant at AT&T Park. He also worked three years at Apple in Recruitment and University Relations.