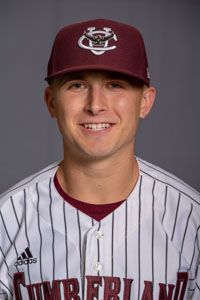 Kaleb Qualls begins his second year as a graduate assistant in the Cumberland athletic department after a four-year baseball career with the Pheonix.

His responsibilities in the department include helping with class attendance, organization of athletic department activities including Leadership Training in August for all student-athletes, as well as game-day management and marketing efforts.

Qualls saw the most action in his playing career this past season. He appeared in 19 games and scored seven runs. Qualls also recorded two base hits in four total at-bats with one run batted in.