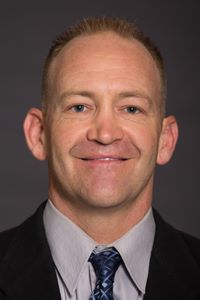 Chris Schrock enters his eighth season as a coach at his alma mater and his third as a full-time assistant for the Cumberland baseball team heading into the 2018 season.

Schrock played for head coach Woody Hunt from 1995-99 and on Cumberland's 1995 NAIA World Series runner-up team and later signed with the Tampa Bay Rays. In 2000, he led the South Atlantic League lead in hitting (.400) for the month of July. Schrock was teammates in the minors with Major Leaguers Carl Crawford and Josh Hamilton.

In high school, Schrock was a member of back-to-back state championship teams, including one that finished the year ranked No. 1 in the nation by Baseball America.

As a coach, the former CU team captain has been an assistant at Sarasota [FL] Christian School and Lakewood Ranch High School in Bradenton, Fla. He also served as head coach at Mt. Juliet Christian Academy in Mt. Juliet, Tenn., from 2014-15.

Schrock earned a bachelor's in Business Administration from Cumberland in 1999 and received his master's in Education at CU in 2010. He is married to the former Aubrey Crawford of Bradenton, Fla., and the couple has five children – Ian, Eli, Ella, Esther and Easton.