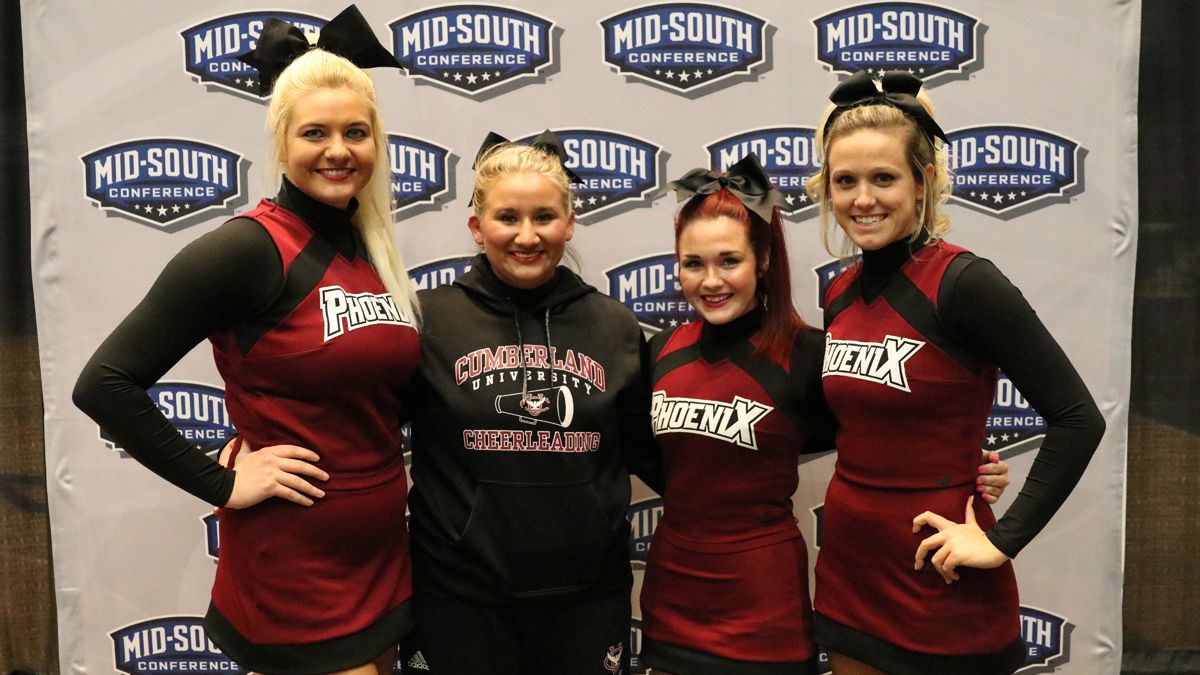 In the all-girl stunt routines, Beasley, Corley, Freeman and Montgomery scored a 49.56 to win the discipline. The quartet edged out teammates Virginia Lea, Melissa Marquart, Alexa Person and Courtney Spivey, who finished second with a score of 45.13.

The co-ed duo of Randall Parmlee and Kristen Gibbins from Campbellsville University won the co-ed division with its score of 50.43.

The final title of the night went to Georgetown College’s Jerryn Jones, Shelby Douthett, Macey McKenzie and Christian Ryne, who won the mixed group division with 53.70 points. The four beat out teammates Sarah Weiner, Aubrey Walter, Abby Wheeler and Travis Parker, who recorded a 50.50 in the event.

Georgetown finished second as a team scoring 79.86 points, followed by the University of Pikeville in third with 76.43 points. Rounding out the team standings was Campbellsville with a score of 74.96 and the University of the Cumberlands with a 72.26.