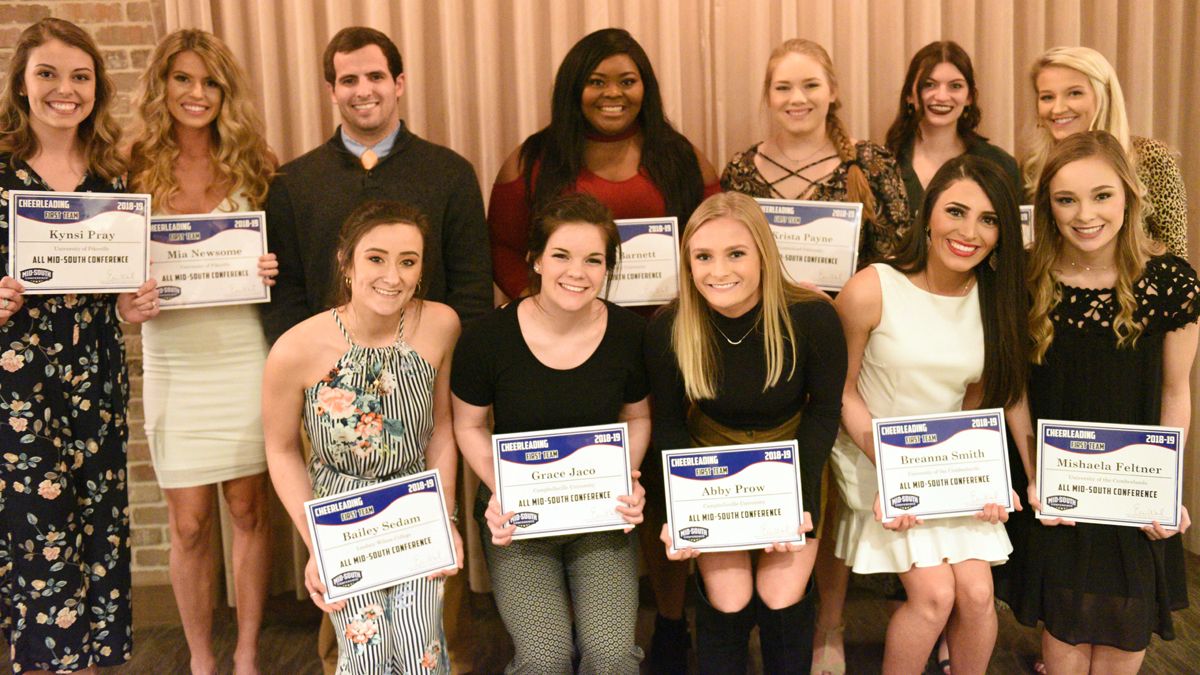 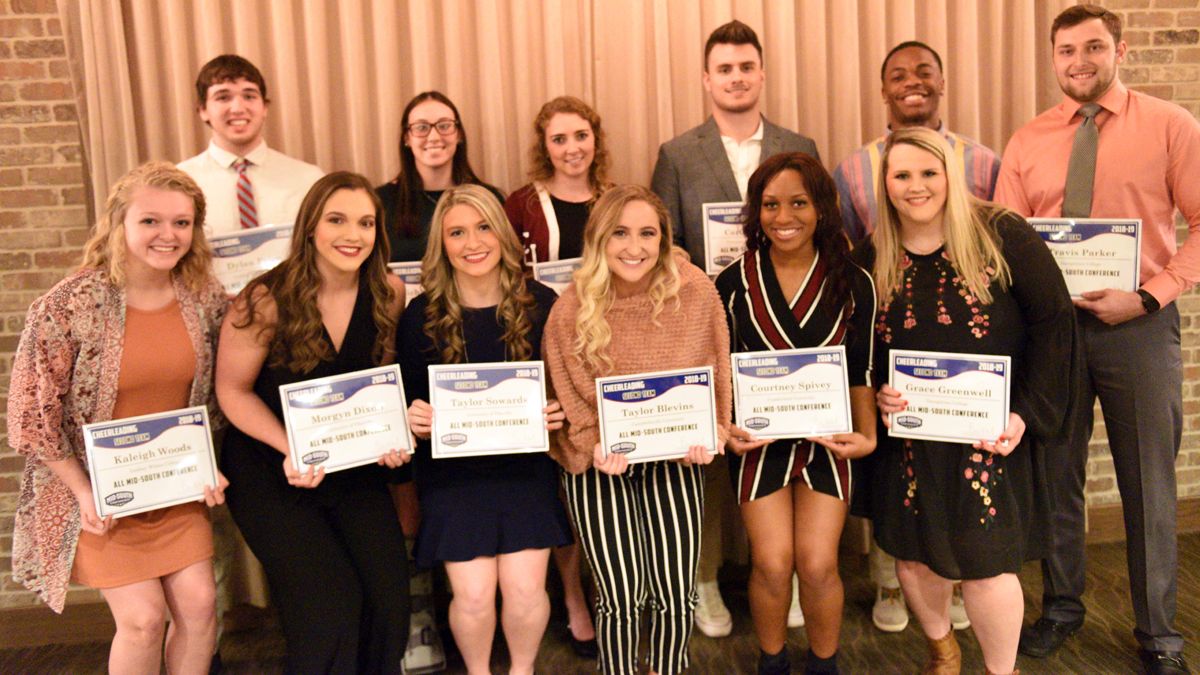 Awards were given during the Mid-South Conference Cheerleading Championships on February 17 in Bowling Green, Ky.