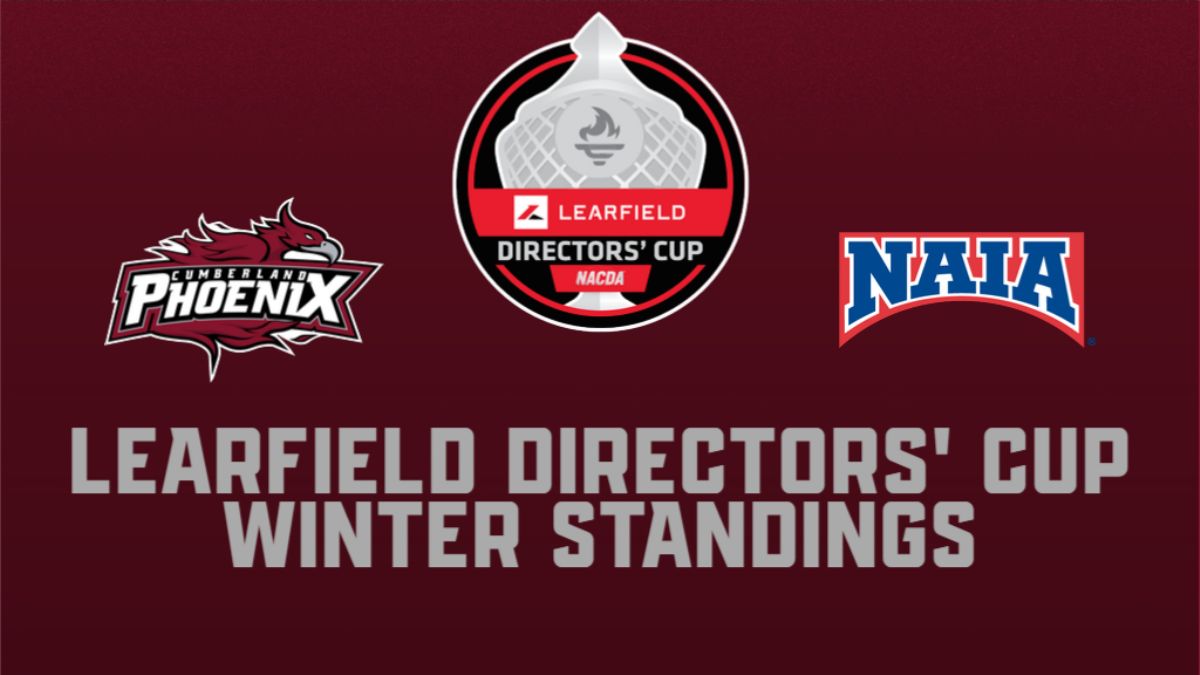 LEBANON, Tenn.--After the completion of the fall and winter championships, Cumberland Athletics has jumped up 19 positions to 29th in the LEARFIELD Directors' Cup Standings, National Association of Collegiate Directors of Athletics (NACDA) officials announced on Thursday.

Cumberland wrestling picked up the most points with 70.5 for their eight-place finish at the NAIA National Championships. Women's Indoor Track & Field added 57.75 points for finishing 16th. Cumberland men's basketball pitched in 50 points for advancing to the Round of 32 in the NAIA National Tournament and Men's Indoor Track & Field finished 33rd with 40 points.

Cumberland is fourth amongst the Mid-South Conference teams in the standings. The University of the Cumberlands jumped up to sixth with 576.50 points. Lindsey Wilson is just behind them in eighth with 496.50 points and Life University is in 15th with 377.00 points.

The Learfield Sports Directors' Cup was developed as a joint effort between NACDA and USA Today. Points are awarded based on each institution's finish in 13 sports during their championships. The NAIA must count four sports -- men and women's basketball, men's soccer, and volleyball -- with the remaining nine coming from any of the remaining championship sports.

The final standings are scheduled to be released Thursday, June 9.