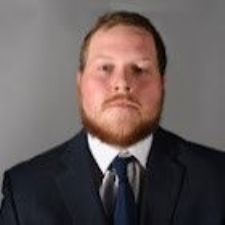 Spencer Claypool enters his second season as the Cumberland University Head Esports Coach. Claypool had the opportunity to start the program in the Spring of 2021. Throughout the inaugural season, Claypool posted an 80-50 record over the course of four titles. As well as winning a NECC Rocket League Conference Championship and a NECC Madden National Championship.

Cumberland competes in a wide number of different game titles. The following represent some of the most popular game titles played at the collegiate level: Overwatch, Rocket League, Call of Duty, and Madden. CU will continue to add more titles as the year goes on.

During his time in the sports information office, Claypool handled the responsibilities of the day-to-day reporting on athletics teams including game notes and stories, game and season stats, and postgame information. He assisted in handling all of the department's weekly and game day social media graphics as well as managing social media accounts. Claypool also created web and advertising graphics for GoCumberlandAthletics.com and creating of game day programs for several sports.

He earned his bachelors of Science in Biology degree from Kentucky Wesleyan College in April of 2019 and earned his Master's degree in Exercise & Sports Science at Cumberland in April of 2021 while being a Graduate Assistant in the Sports Information Department.