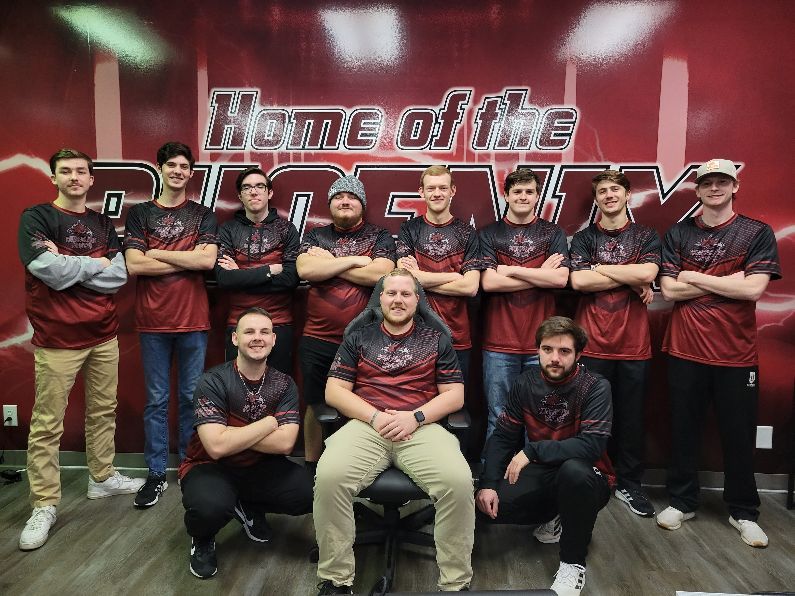 The Esports program posing for a team picture ahead of an undefeated week (Credit: Casey Surma)

LEBANON, Tenn.-- Cumberland Esports caps off a strong performance week, as they go 7-0 across Madden, Rocket League, Call of Duty, and NBA 2K.

Madden
Austin Bush was able to find his first victory of the season as he defeated Long Island University, 2-1 in a best-of-three series. Bush was able to take game one by a score of 14-10, due to a clutch interception for a touchdown late in the fourth quarter! Bush would, unfortunately, drop game two but was able to rally back, and capture the victory in game three winning 31-0!

Jaylen Taylor was able to take care of business in game one against Randolph-Macon, as he solidified the win with a 48-10 victory. Going into game two Taylor held a 7-6 lead through the end of the third quarter, and was able to find a late touchdown in the fourth to take a game two victory, 13-6. Winning the series, 2-0.

Nathan Nelson continued to handle business for Cumberland, as he captured a victory in a very defensive game one with a 13-6 victory. All gears were turning for Nelson going into game two, as he took a quick 14-0 lead before heading into halftime. He would end up securing the series with a 27-20 win. Winning the series, 2-0 against Coe College.

NECC Rocket League
The Cumberland Esports Rocket League of Dominic Rodriguez, Sam Bates, and Ian Boister handled business Tuesday night with a 3-1 win over Randolph Macon College. The trio bounced back after a tough 3-1 loss in the first game of the series and followed that up with three straight victories to win the match.

CU took the second game 3-2 after almost three minutes of tightly contested overtime play. The Phoenix then headed into the third game, where they squeaked out a 2-1 win to go up 2-1 in the series. In the final game, they finished out the series with a 3-2 victory. Statistically, Bates led the team with four goals, Rodriguez led in saves with seven, and Boister led in assists with three total.

Call of Duty
The CU Call of Duty team of Dominic Rodriguez, Blake Fraley, Chris Crenshaw, and Ian Boister put on a clinic against Middle Tennessee on Wednesday evening. The Phoenix earned a dominant 3-0 victory over the Blue Raiders, beginning with a blowout 250-30 Hardpoint win from Bocage. Cumberland then went on to earn a 6-2 Search and Destroy victory on Tuscan. The Phoenix closed out the match with a 3-0 win on control to sweep the Blue Raiders.

The Phoenix were also scheduled to play against the University of North Alabama, but due to a forfeit, CU earned a victory.

All games can be streamed at twitch.tv/cuesports21.