Cumberland Takes down Vols in Call of Duty, Rocket League goes undefeated on the Week 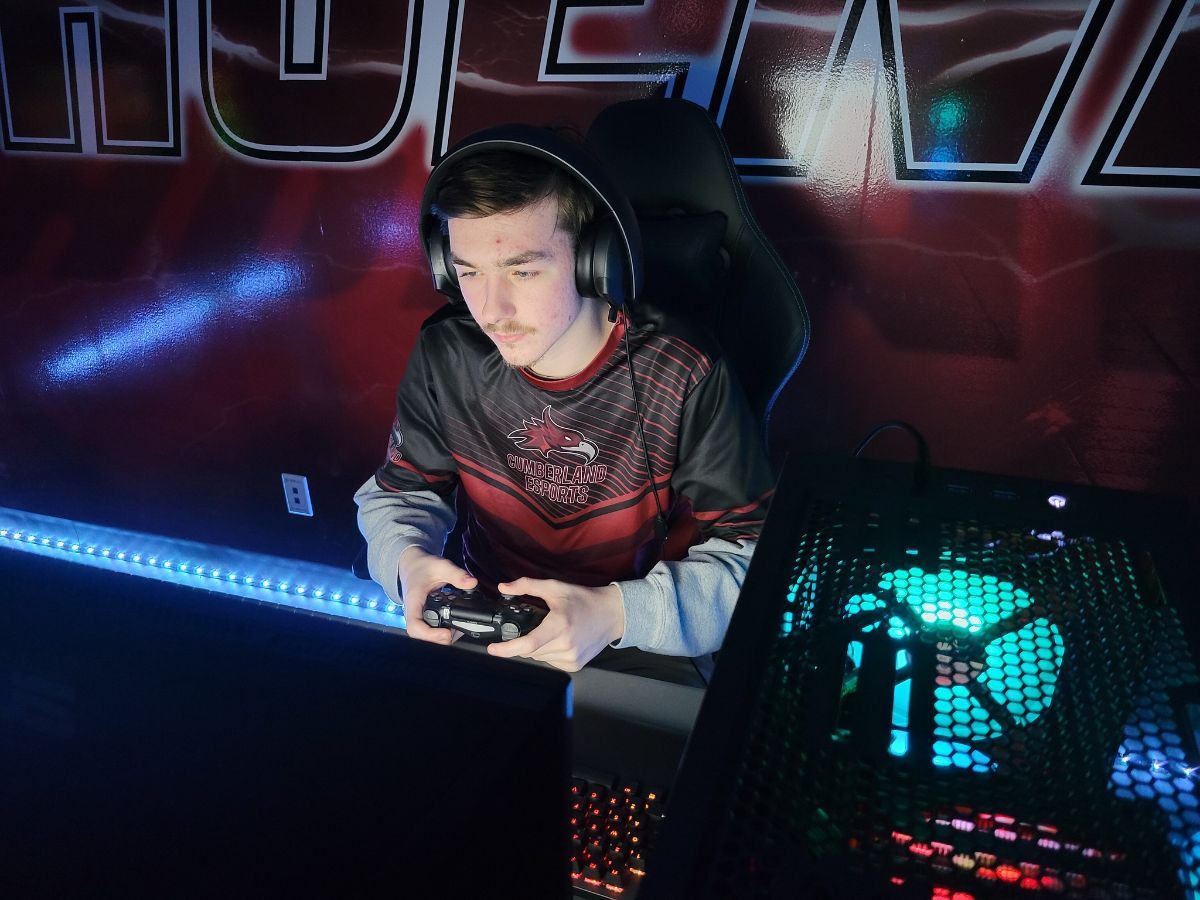 Blake Fraley was an integral part of the Phoenix victory over the Vols (Credit: Casey Surma)

LEBANON, Tenn.- The Phoenix went 3-1 in competition for Rocket League and Call of Duty, As Cumberland defeats The University of Tennessee,3-0.

The Phoenix started the week against Murray State for week two of the NECC, by defeating the Racers, 3-0. Game one was very back-and-forth throughout the entire game as the Phoenix were tied up at two going in overtime. Ian Boister was able to find the Golden Goal just 11 seconds into OT to allow the Phoenix to take a 1-0 lead in the series. All gears were turning for the Phoenix as they score two goals in the first thirty seconds of game two. They go on to dominate the rest of game two winning by a score of 5-1. The Racers were no match for the Phoenix going into game three as Cumberland was able to capture a 4-0 win to take the series, 3-0. Dominic Rodriguez and Ian Boister tied in goals with five, while Sam Bates led the team in saves with three.

The Phoenix finished off their Rocket League competition of the week with a match against Campbellsville University to begin the Mid-South season. Cumberland started hot finding a 3-1 lead in the four three minutes of the game, the Tigers were able to find the goal one more time but the Phoenix were able to take game one, 3-1. The Phoenix continued to dominate going into game two as Rodriguez was able to find two quick goals to take a 2-0 lead. Continuous pressure by the Phoenix, allowed Rodriguez to find his third goal of the game to complete the Hat trick to help secure game two, 3-1.

The CU Call of Duty team of Dominic Rodriguez, Blake Fraley, Chris Crenshaw, and Ian Boister put on a show against the University of Tennessee on Tuesday evening. The Phoenix earned a dominant 3-0 victory over the Volunteers, beginning with a blowout 250-130 Hardpoint win from Bocage. Cumberland then went on to earn a 6-1 Search and Destroy victory on Berlin. The Phoenix closed out the match with a 3-2 win on control to sweep the Volunteers.

The Phoenix faced Florida State University for game two of the night but unfortunately fell to the Seminoles, 3-0. The Seminoles took map one of Hardpoint with a score of 250-77. The Phoenix rallied back in map two of Search and Destroy by tying the game at two, but the Seminoles went on to win, 6-3. To finish out the series, the Seminoles were able to capture the series with a 3-0 win on control.