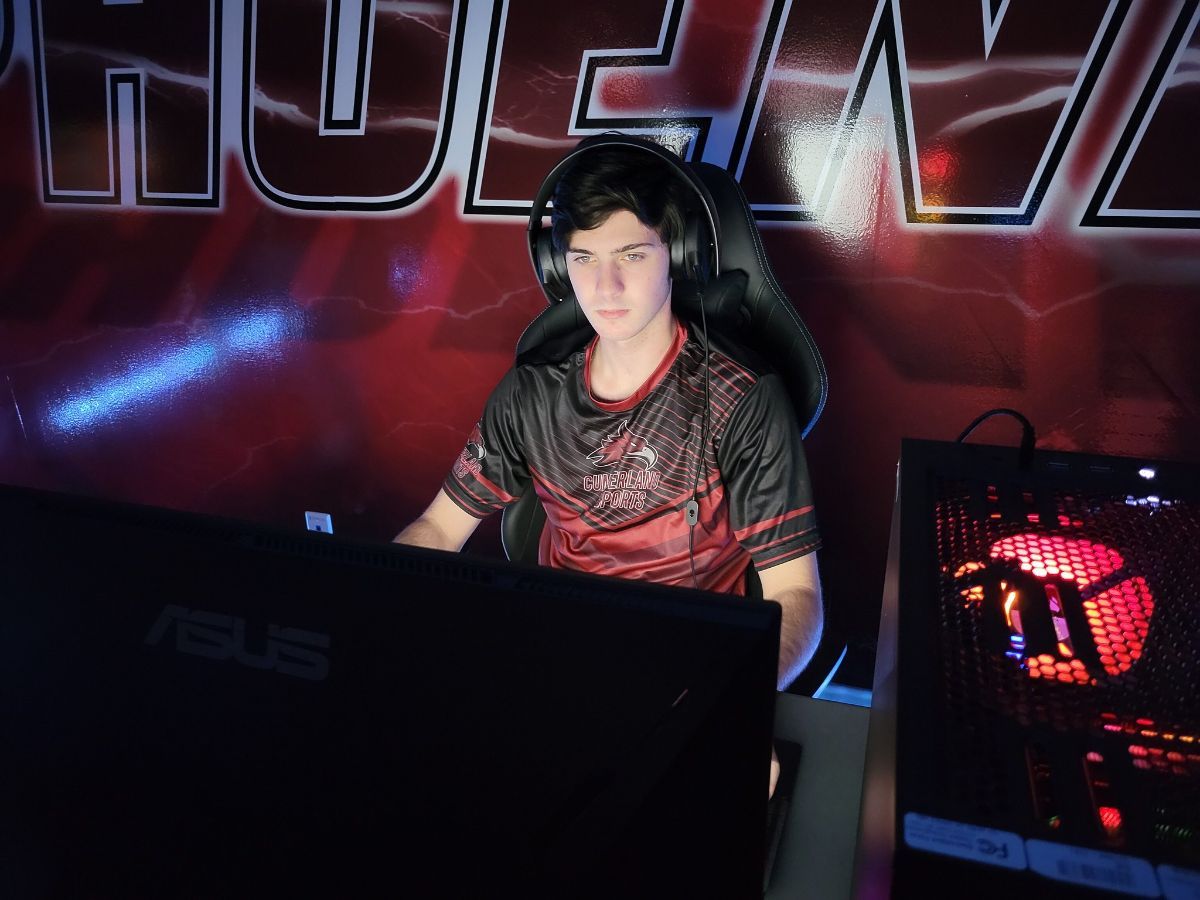 Preston Olivier played a pivotal part in the Phoenix 3-0 sweep of the Boilermakers (Credit: Casey Surma)

The Cumberland Rocket League team of Ian Boister, Dominic Rodriguez, and Sam Bates started their week with a 3-0 victory over Center College in NECC play. The Phoenix played excellent defensively, shutting out the Colonels in all three games. Cumberland started out with a 6-0 victory in the first game before defeating Centre 4-0 in the last two games to sweep the series.

In the final game of the Mid-South Conference regular season, the Phoenix fell to Shawnee State 3-0. Playoffs for the conference begin on Wednesday, Mar. 30.

On Thursday night, the Phoenix earned a dominant 3-0 sweep over Purdue University. Cumberland took the first map Lijiang Tower over Purdue 2-0 before taking map two Blizzard World over the Boilermakers by stopping them from capturing the point and winning 1-0. In the third map, Watchpoint: Gibraltar, the Phoenix captured all points, and stopped the Boilermakers from getting to the first point. Cumberland won the series 3-0, marking their third sweep of the season over an NCAA Division I.

The Madden team went 2-1 on the week as Jaylen Taylor dropped his match 2-0 to Muskingum University. Austin Bush secured a 2-0 victory over Carroll University on Thursday, while Nathan Nelson also earned a victory with a 2-1 win over Emory and Henry College.