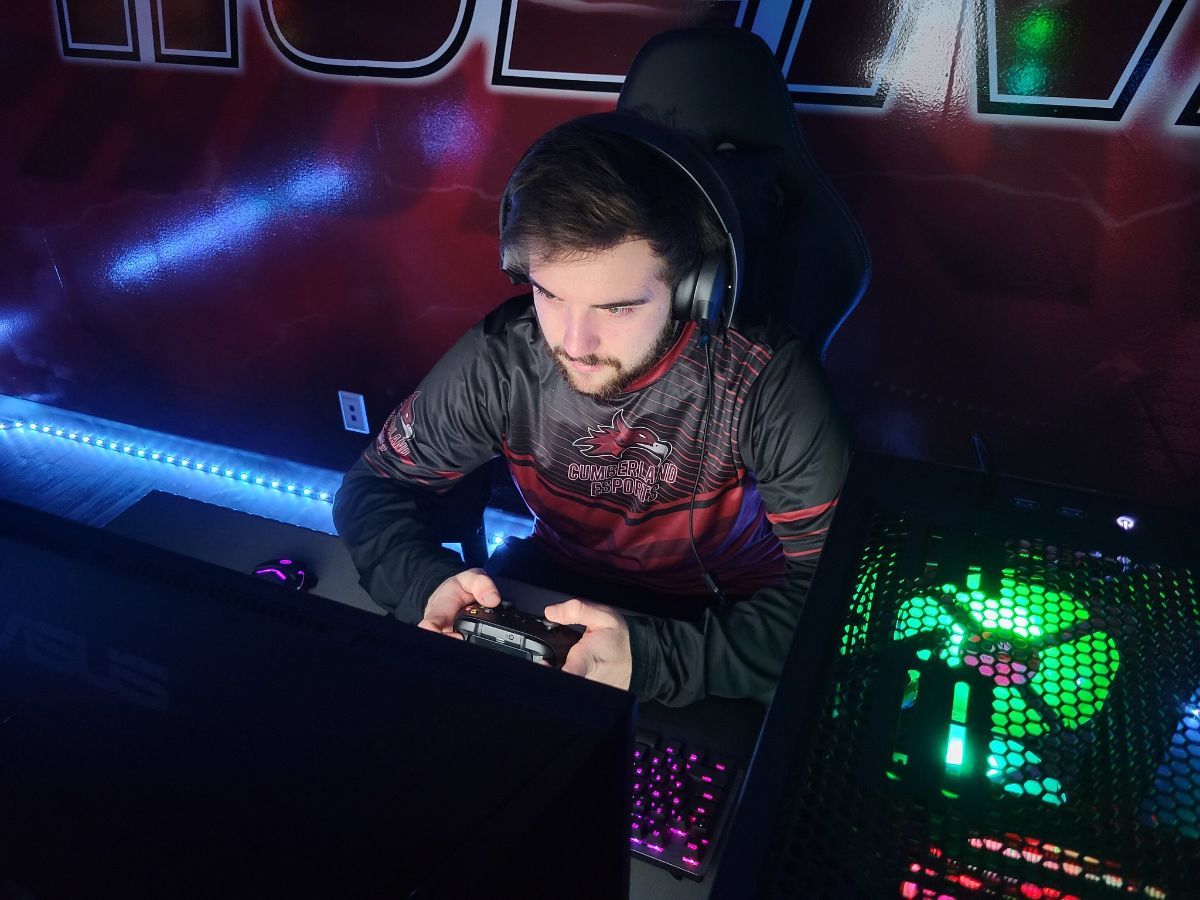 Nathan Nelson cruised to a 2-0 win over the player from the University of Albany on Tuesday to advance to the ECAC Finals. Nelson started the match hot, forcing three turnovers to lead 21-0 at the end of the first. The freshman held onto possession throughout much of the rest of the game, forcing five turnovers and winning 28-7 in game one. Nelson continued to play excellent into the second game, once again jumping out to a sizeable 17-7 lead heading into the second quarter. Nelson continued to play great defense in the second game, forcing six turnovers to win the game 38-7 and take the series 2-0. Nelson takes on the winner of Boise State and West Virginia University at Potomac State College.

Jaylen Taylor put on quite a show against the competitor from Muskingum University on Thursday night in a 2-1 series victory to advance to the ECAC PS4 Finals. Taylor dropped the first game of the series in a close matchup 24-21 before putting up some offense in game two. Taylor took the second game 31-17 to force the third and final game between him and Muskingum. The third game included an incredible comeback by Taylor to win and earn a birth to the ECAC finals. He was down a touchdown with 1:47 remaining in the fourth before forcing his opponent to punt, giving him the ball back with 45 seconds and one time out. Taylor made it to his opponent's 24-yard line with three seconds left needing a big play to save his season. Taylor threw the ball to his open receiver in the back corner of the endzone to win the game 23-21 and take the series 2-1 to advance to the finals.

The Cumberland Rocket League Team of Sam Bates, Dominic Rodriguez, and Ian Boister posted a dominant 3-0 victory over Centre College in the NECC quarterfinals. The Phoenix game one 4-3 over the Colonels before taking game two 2-0 in shutout fashion. To close out the series, The CU offense erupted and took game three 5-1 to sweep the Colonels. The Phoenix are set to take on the winner of Fanshawe College and Randolph-Macon College in NECC Semifinals Tuesday, April 26 at 6:30 p.m.

The Phoenix Call of Duty team of Blake Fraley, Dominic Rodriguez, Chris Crenshaw, and Ian Boister picked up a 3-0 win over Lockhaven College in the Last Chance Qualifier on Tuesday night. With the win, Cumberland moves on to the final round of the Qualifier needing a win over UNC Wilmington next Tuesday to make the playoffs.