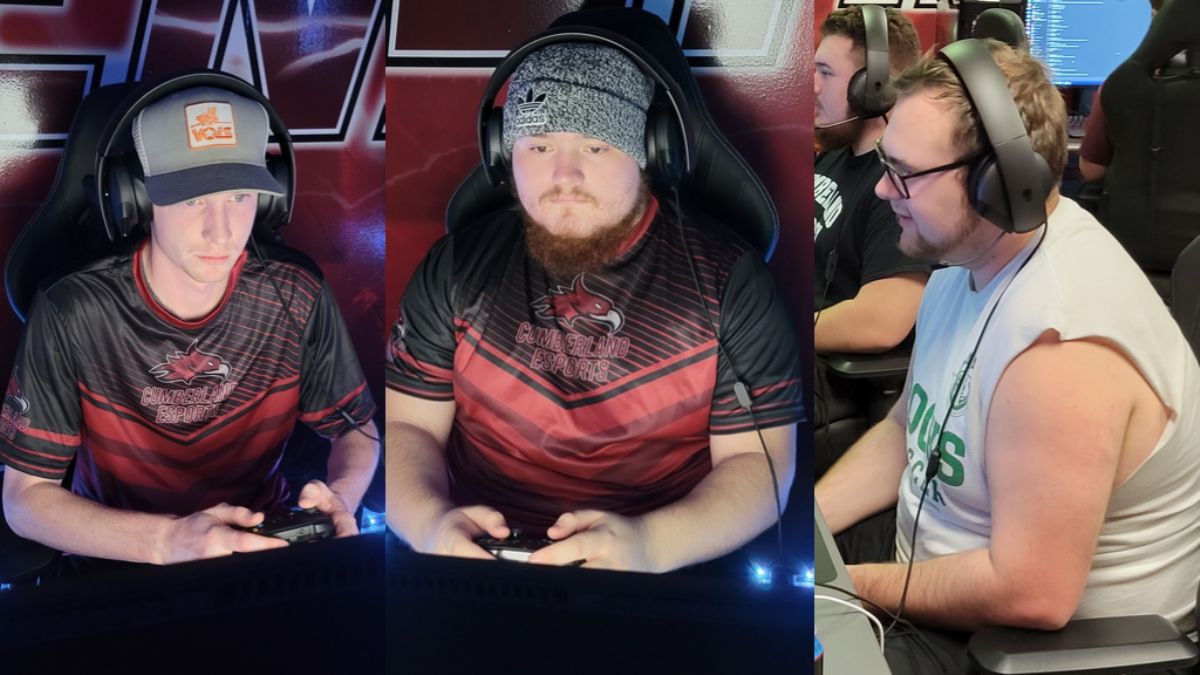 LEBANON, Tenn.-- The Cumberland Esports Rocket League team capped off an amazing week on Sunday night with a 4-2 series win over the Bethel Pilots to win the 2022 NECC Emergent Conference Championship. The victory marks the first conference championship in program history in the program's inaugural year.

The team of Sam Bates, Ian Boister, and Dominic Rodriguez started the week with a big 3-1 victory over Randolph-Macon College in the NECC Conference Semifinals.

The Phoenix played an excellent first game of the series, taking it 5-2. Randolph-Macon answered with a win of their own as they topped CU 3-1 in game two. Cumberland responded in game three with a 4-2 win to send the series to a decisive game four. The Phoenix secured a 2-0 shutout win in game four to take the series 3-1 over the Yellow Jackets.

With the win, the Phoenix advanced to the NECC Conference Finals against Bethel University on Sunday. Cumberland took on the Pilots earlier in the spring season on Mar. 22 and picked up a 3-0 victory.

The Pilots opened the series with a 3-2 victory over the Phoenix in game one to claim a 1-0 series lead. Both of CU's goals came from the car of Sam Bates in the loss. Cumberland responded and took game two 2-1 to even the series before heading to game three. Ian Boister and Sam Bates tallied the goals for the Phoenix in the win.

CU and Bethel found themselves locked in a 1-1 tie with two minutes left on the clock in game three before Dominic Rodriguez put home the decisive goal to win 2-1 and take a 2-1 series lead. The Pilots responded in game four to win 2-1 in a tightly contested match to even the series 2-2.

Cumberland answered with a big 5-2 victory in game five after big performances from Sam Bates and Dominic Rodriguez with two goals each.

With a chance to win the Conference Championship on the line, the Phoenix were on a mission in game six. CU would not be denied as they cruised to a 3-1 victory in game six to take the series and win the NECC Emergent Conference Championship. Ian Boister had a huge game defensively with four saves while Dominic Rodriguez chipped in a goal and three saves. Dominic Rodriguez led the way offensively with two goals to push the Phoenix past the Pilots.

"Going into the game we knew Bethel would be a hard opponent, after going back and forth with them we were able to play amazing and secure our first conference championship," Coach Claypool said

"I am super proud of all the work that my players put in getting to this moment, we are looking forward to bringing more championships home"

With the win, the Phoenix end the season with an 11-1 record as the NECC Emergent Conference Champions to advance with an automatic bid to NECC Rocket League Nationals.

Jaylen Taylor faced off against No. 1 seeded Stockton University on Thursday night in the Madden ECAC PS4 Conference Finals. Unfortunately, Taylor fell 3-0 to his opponent from Stockton in a best of five series that featured some very competitive games.

Nathan Nelson took on the No. 1 seed in his opponent from Boise State in the Madden ECAC XBOX Conference Finals on Thursday night. Nelson fell 3-0 in the match in competitive games in the best of five series.

Taylor, Nelson, and Austin Bush's seasons are far from over as they each qualified for NECC Madden Nationals and will be competing for the program's first national title on May 28.