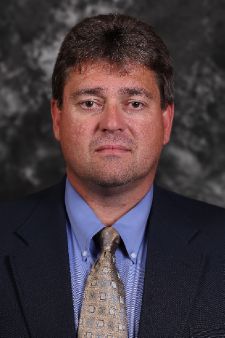 Bobby Brown starts his 10th season as an assistant coach at Cumberland University in 2022. He primarily works with the defensive backs and is in the booth on game days.

Prior to working with defensive backs, Brown coached the Phoenix Running Backs. CU running backs averaged 126.2 yards per game and scored 17 touchdowns during a 7-4 campaign in 2013. Fullback Michael Nwokoji garnered First Team All-Mid-South Conference honors while amassing 523 yards on 120 carries with seven TDs in just seven games before an injury cut his season short. Fredrel Cross posted 450 yards and three touchdowns, averaging 6.7 yards-per-carry in only four contests in the back field.

In 2014 Cumberland averaged 201.5 yards per game on the ground, with Blake DeBoard leading the running back group with 458 yards and four touchdowns in nine outings, earning First Team All-MSC accolades. Fullbacks Brandon Mallory and George Nwokoji combined for 421 yards and seven touchdowns as well.

CU ranked 29th nationally in total rushing offense (2,021 yards) and 31st in rushing offense per game (183.7) in 2015 behind 691 yards and six touchdowns from Austin Chaplin, who earned Second Team All-MSC West Division honors. Moses Cornelius rushed for 499 yards and six TDs in the final six games of the year as well.

In 2016 the Phoenix ranked 11th in the country in rushing offense per game (232.4) and 13th in total rushing offense (2,556), with five players finishing with more than 330 yards on the ground. Dezmon Huntley paced the club with 745 yards and six touchdowns in just seven games while Kris Parker led the club with eight rushing TDs and posted 343 yards on just 64 attempts, 5.4 yards-per-carry.

This past season the Phoenix ranked sixth in the nation in rushing offense per game (260.7) and total rushing offense (2,868). Thirty-five of the team’s 54 touchdowns were scored on the ground, with sophomore Kimlee North earning First Team All-Mid-South Conference honors and Parker adding Second Team accolades. The duo combined for 1,141 yards and 11 touchdowns (515 yards on 72 carries, 7.2 yards-per-attempt, eight touchdowns for North).

The Watertown, Tenn., native is no stranger to the middle Tennessee area, serving nine seasons as head coach at Lebanon High School and eight years as an assistant coach at Trousdale County High School.

In 2010 the Blue Devils rushed for 3,042 yards, the high-water mark for the past 25 years, and averaged 26.5 points per game. Brown's nine-year tenure at Lebanon was the longest at the local school since the mid 1960's. Prior to his stint at LHS, he was an assistant coach for eight seasons (six as defensive coordinator) at Trousdale County under Clint Satterfield.