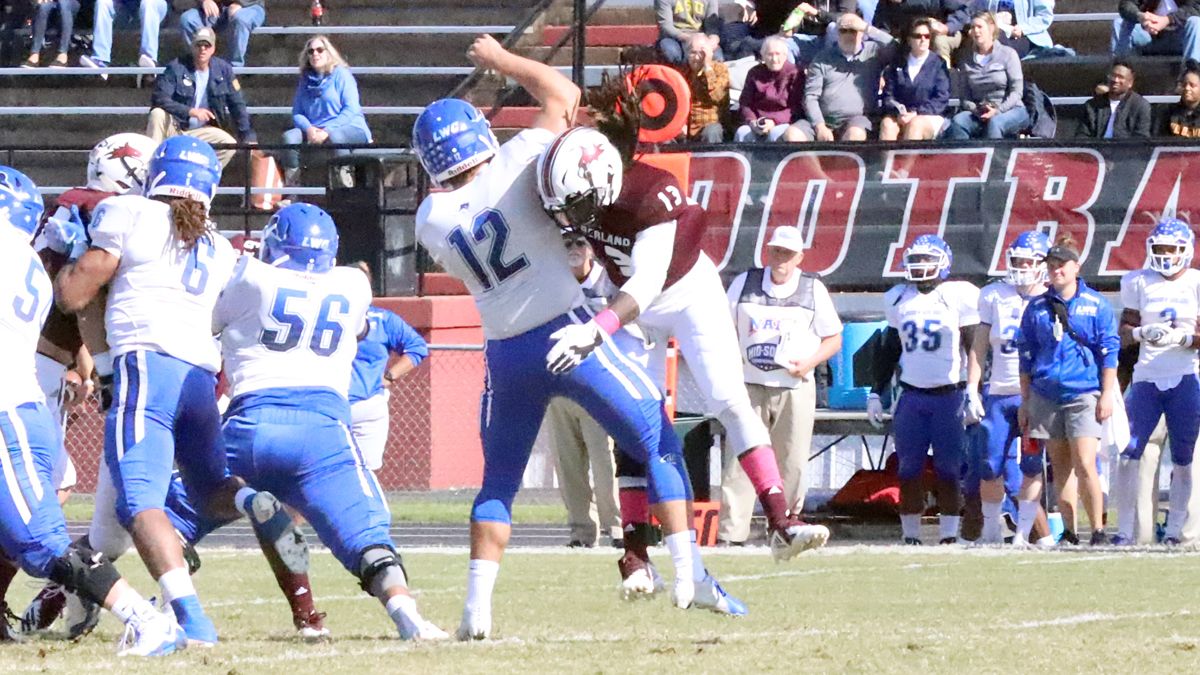 The Chattanooga, Tenn., native added two other tackles for loss, one pass break-up and one quarterback hurry, as the Phoenix limited the high-powered Blue Raiders to just 284 yards of total offense. Lindsey Wilson entered the game averaging over 50 points and 500 yards per game this season.

The senior safety registered a sack in the second and third quarters and his other two tackles for loss were on swing passes out of the backfield. Tiller ranks second on the club with 57 tackles and has a team-leading 10.5 tackles for loss along with 3.0 sacks and six pass break-ups in nine games.