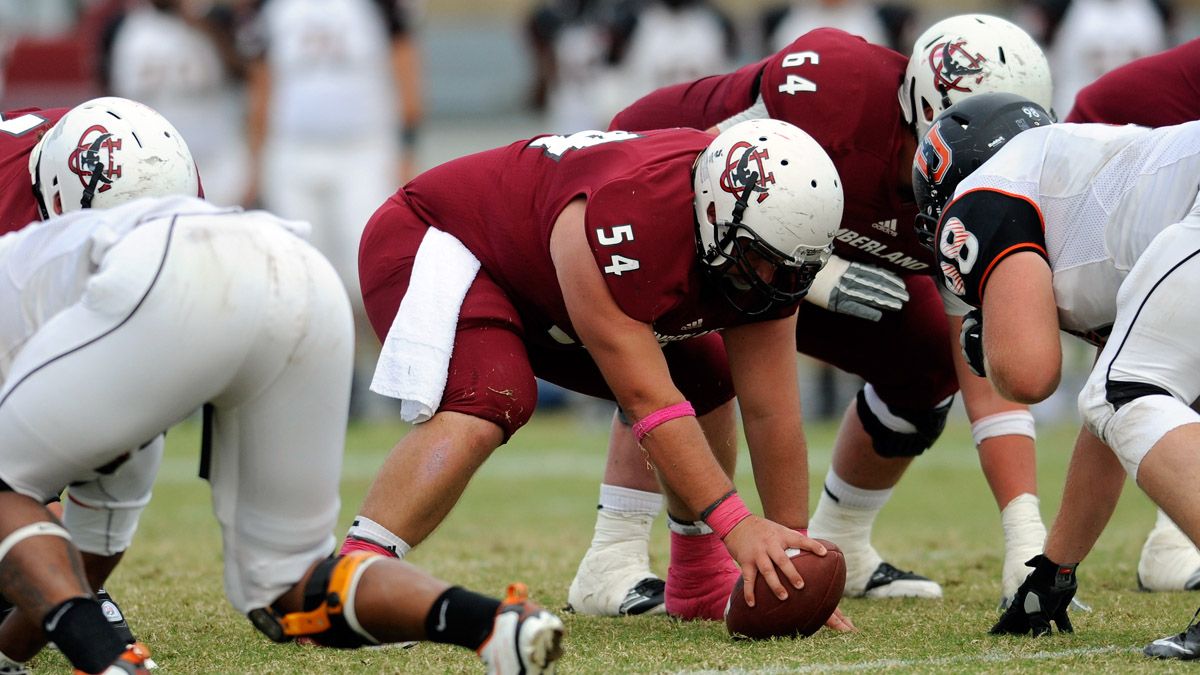 Theall played in six games with two starts as a sophomore, with CU registering a 7-3 record.

The Collinsville, Miss., native graduated from West Lauderdale High School before redshirting one year at East Mississippi Community College in Scooba, Miss., and transferring to Cumberland.

He returned to EMCC after graduating, serving as an assistant defensive line coach for a team that finished 12-0, winning the Mississippi North Division and state championships as well as the NJCAA national title. Theall spent one year as an assistant coach at Quitman High School in Quitman, Miss., helping the Panthers to an 8-3 record and the first round of the playoffs.

He returned to middle Tennessee the last two seasons, coaching the offensive and defensive lines at Wilson Central High School in Lebanon. The Wildcats posted a 3-7 mark in each of his two campaigns on staff.

Theall earned a bachelor’s in Special Education at Cumberland in May 2014. He is married to the former Stephanie Gutierrez, a former Cumberland softball player and current assistant coach with the CU softball program.