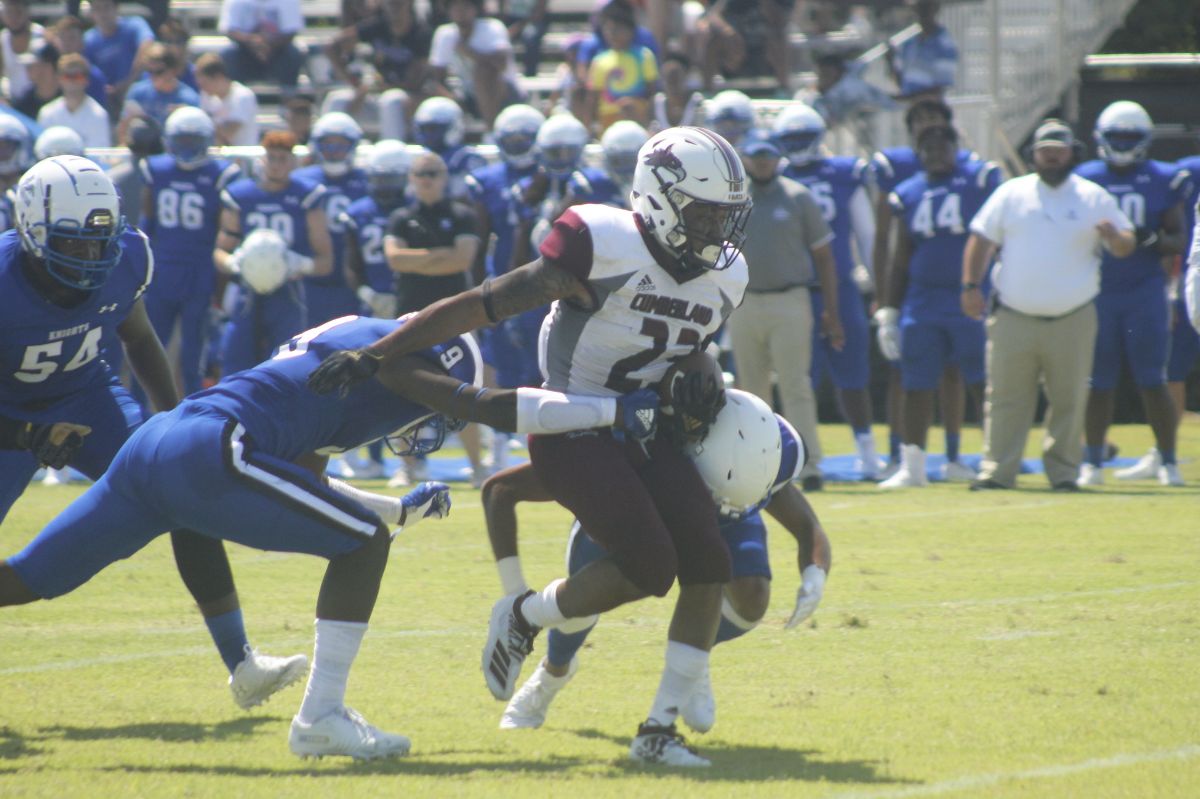 LEBANON, Tenn.- Cumberland continues to climb up the national rankings, coming in at No. 23 in the NAIA Football Coaches Top 25 poll, the national office announced today. The Phoenix moved up two spots after beating St. Andrews University, 24-22, on Saturday.

The Phoenix started the season Receiving Votes just outside the Top 25, and have steadily climbed up the poll every week since. Cumberland sits at 3-0 on the season heading into week 5.

Cumberland is ranked inside the Top 20 in nine different statistical categories. The offense ranks 10th in rushing offense per game, with an average of 228 yards per game. Cumberland has seen 11 different players tote the ball over the first three games. Telvin Rucker leads the charge with 185 yards on 46 attempts and three touchdowns, while freshman Treylon Sheppard has accumulated 129 yards on 30 carries. The offensive line stands 8th nationally, only giving up two sacks to opposing defenses all season.

The defense ranks 13th in Scoring/Game, allowing 14 points on average as well as 17th in total points per game. The defense has forced four turnovers and has sacked the quarterback six times so far. Senior Tyler Tate leads the team in tackles with 19 and Jace Capps has recorde 3.5 sacks on the season.

Cumberland takes on no. 24 Keiser University on Saturday at Nokes-Lasater Field. This is the first of four straight games against ranked opponents. Kickoff is scheduled for 1:30 p.m.