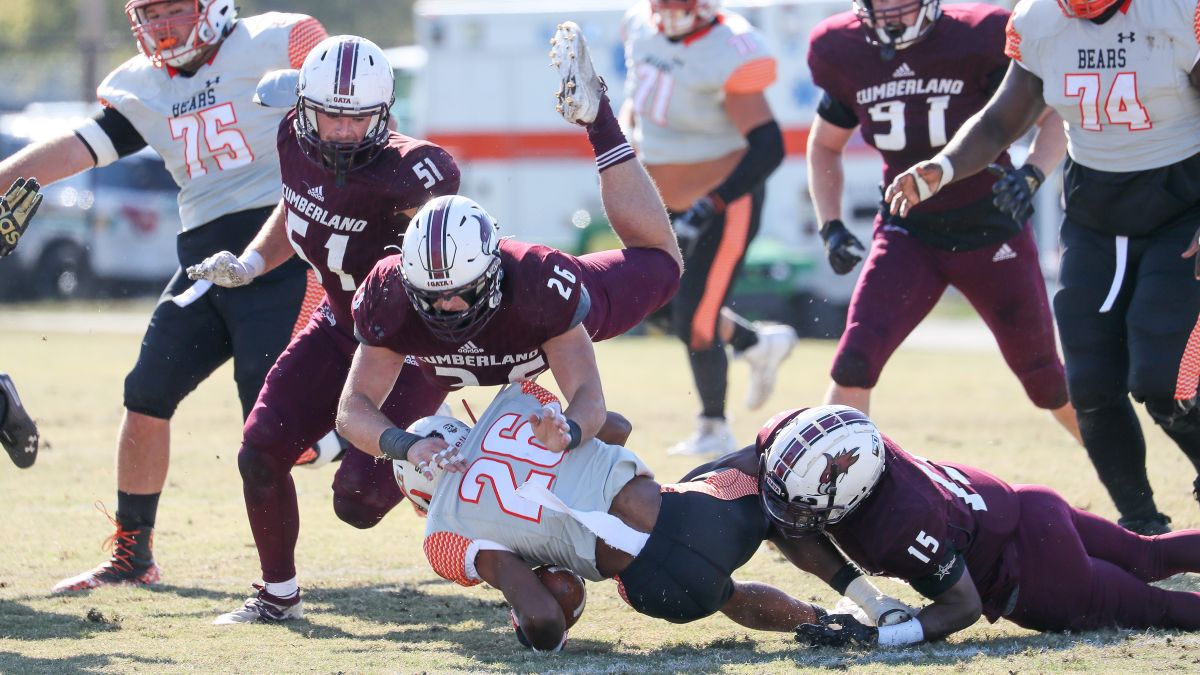 Cumberland (4-4, 2-3 MSC) gained only 152 yards of offense and seven first downs on the game. The offense also turned over the ball five times, three via fumble and two from interceptions. The defense gave up 340 yards to Pikeville (4-4, 3-2 MSC), but they were on the field majority of the game.

Quarterback Joseph Rushin threw for 71 yards on 10-of-17 and one interception as well as lost three fumbles. Treylon Sheppard gained the most rushing yards for the Phoenix with 31 yards on 10 carries. Ty Jobe collected four receptions and Jarren Stewart, Kendall Johnson and Ian Spence each picked up two.

Tyler Tate was all over the field for the Phoenix making 8 unassisted tackles and 10 total. Jon Carrothers forced two fumbles that the Phoenix were able to scoop up. Malik Trollinger registered six total tackles.

Pikeville used a two quarterback system throughout the game with Xavier Malone and Bowen Smith. Malone got that start and was 6-of-16 passing for 56 yards and one touchdown while Smith was 7-of 11 for 110 yards and two touchdowns. Pikeville’s two running backs, Derius Gibson and Alex Sanders, made a lot of the plays for the Bears. Gibson posted 102 yards on 18 touches and one touchdown and Smith gained 57 yards on 13 carries. Josh Green and Taeron Brown each picked off a Cumberland quarterback and Green also blocked Helman Garcia’s first punt of the game.

Pikeville opened up by fumbling the ball on their first play from scrimmage, but the Phoenix could not move the ball.

Pikeville marched down the field on their second drive, finding big holes in the run game. Malone found Clark in the back of the end zone for the first score of the game.

Cumberland Kevin McKenzie forced a fumble on a strip sack that Jamaal Thompson recovered giving the Phoenix the ball back. Rushin took a shot deep and got picked off by Josh Green.

Rushin dropped back on third and 8 in the second quarter and rushed right up the middle. He lost the ball going down and fumble was recovered by Taeron Brown setting up the Bears on the Cumberland 33 yard line.

Cumberland came out in the second half with great field position after an unsportsmanlike penalty came after the final play in the first half. Cumberland’s offense could not get the ball moving and attempted a fake punt that Garcia completed to Shaw Niblett, but was short of the first down.

The next Pikeville possession, the Bears were pushed back after a string of penalties into a 4th-and-45 situation where they punted to the original line of scrimmage. Cumberland fumbled the ball on the very next play. Pikeville quarterback stepped up in the pocket and delivered a strike to extend the drive on third down. Gibson finished it off with a 12 yard touchdown rush. Extra point was hit off the crossbar.

Pikeville finished off the Phoenix with another scoring drive of 8 plays and 89 yards capped off by Clark’s third touchdown reception of the game.

Cumberland finally moved the ball in the fourth quarter, collecting 92 yards of the team’s 152 yards all day. The team got into the red zone twice, but fumbled it on fourth down turning over the ball for the fourth time and getting stuffed on a 4th and 1.

Cumberland travels to Campbellsville next week. The game is set to kick-off 3 p.m. central time.