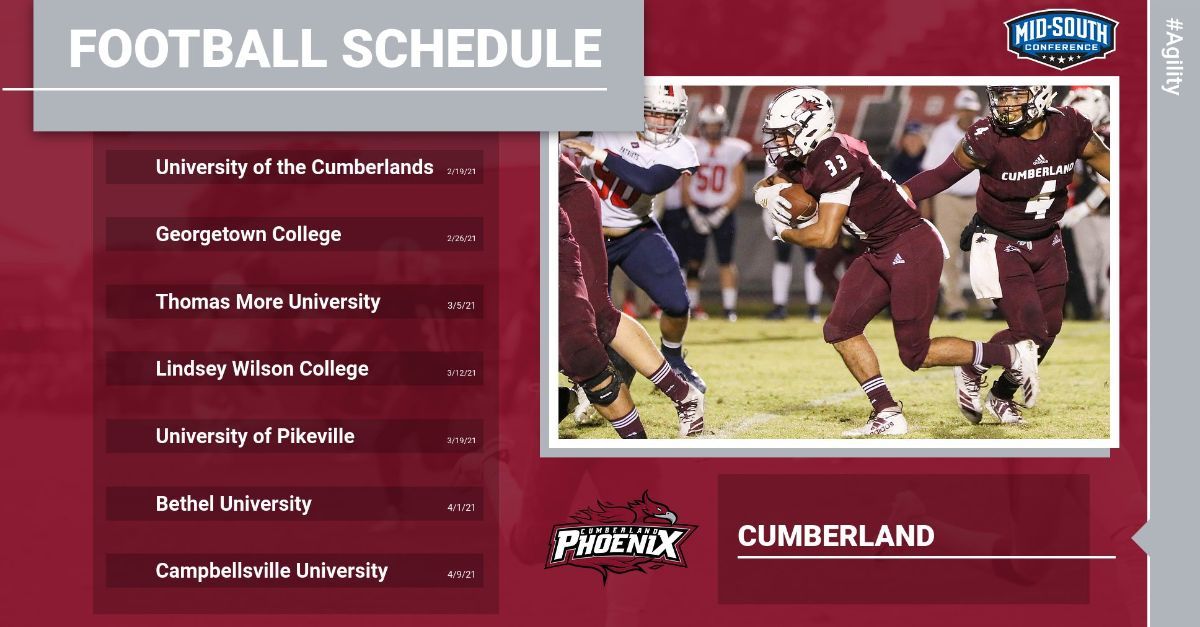 All eight Bluegrass teams will play a seven-game schedule beginning on Feb. 19, 2021, with the final game of the regular season slated for April 9, 2021. There is a built-in open week for all eight teams on March 26 for any games that may be postponed during the first five weeks of competition.

The MSC administrative council voted to change the mandated 1:30 p.m. CT kickoff on Saturdays to Fridays for the 2020-21 season to help alleviate scheduling pressures with all sports being contested in the spring. Kickoff times for each contest will be announced at a later date.

Cumberland will go on the road for two straight games against the University of Pikeville on March 19 and Bethel University on Thursday, April 1. The Phoenix will finish with senior day on April 9 versus the Campbellsville Tigers.

Game times will be announced at a later date.