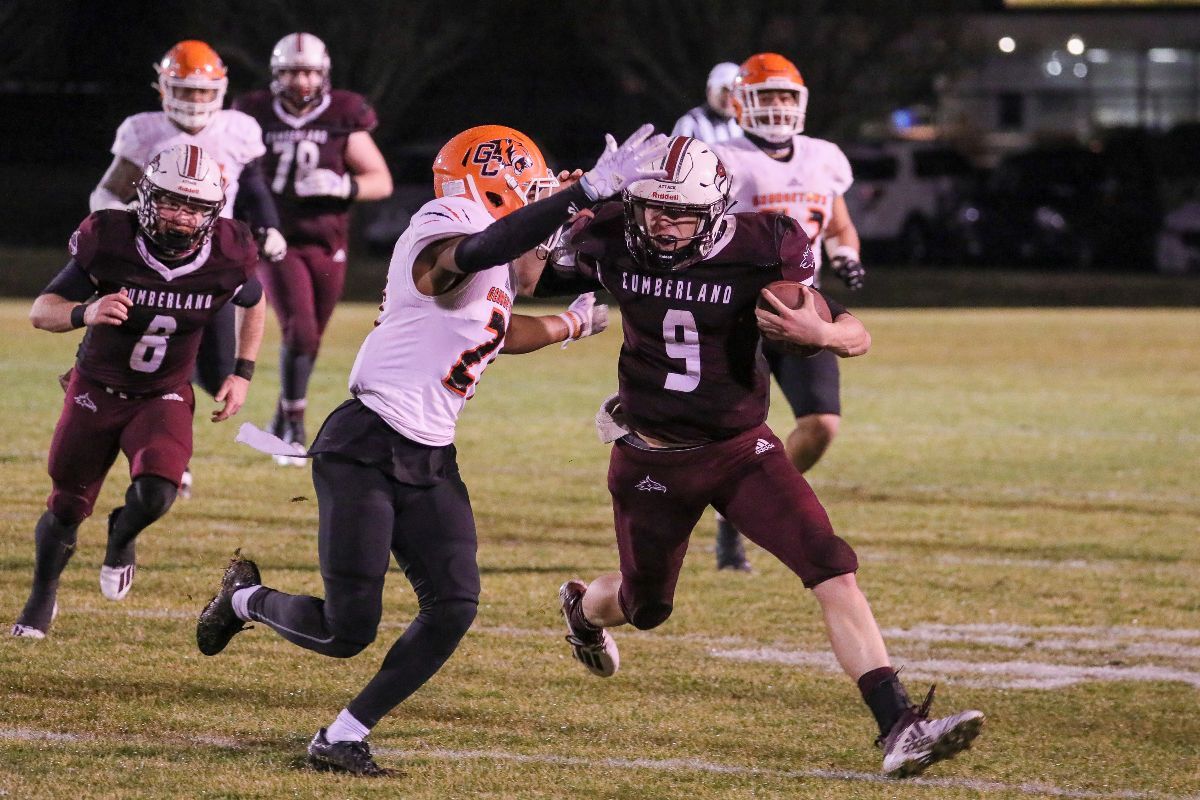 LEBANON, Tenn.--Cumberland and No. 17 Georgetown turned the ball over eight times total on a rainy Friday evening in Lebanon. Georgetown College came up with a 19-7 win on the road.

Cumberland's (0-3) offense put up 215 yards of total offense. 169 yards came on the ground from 46 carries. Cumberland attempted 27 passes, the most they tossed in a game this season, completing nine for 46 yards.

The Phoenix were penalized 10 times that led to 117 Georgetown yards and gave them four first downs. Cumberland did a much better job offensively and defensively this game on third down. The offense converted 7-of-19 first downs while the defense held the Tiger's offense to 3-of-15 conversions.

Treylon Sheppard punched in his fifth touchdown of the season on 27 carries for 127 yards. His long run of the game came in the third quarter when he broke loose for 68 yards. Brandon Edmonson checked in the game in the second half at quarterback and rushed for 44 yards on five carries. Edmondson also completed 4-of-17 passes for 26 yards and threw two picks.

Georgetown (2-0) put up 308 yards of offense, 235 yards in the air, and 73 on the ground. The Tiger's two-quarterback system saw Hunter Krause complete 9-of-19 passes from 154 yards with one touchdown and one interception. Zach Dampier completed 9-of-15 passes for 81 yards. Jake Johnson was the recipient of many targets and hauled in six catches for 89 yards and a score. Isaiah Cobb toted the rock 12 times for 41 yards and Nick Conley had 8 carries for 30 yards and a touchdown.

Georgetown scored first after both teams went three-and-out twice. The Tigers took over after a punt that Darius Barbour returned 32 yards to the Cumberland 39-yard line. Krause completed three passes to put them at the five-yard line and Conley punched it in for a 5-yard score. The Tigers led 7-0 with 8:19 left in the first half.

Georgetown added three-points after a 10 play 48-yard drive ended with a 30-yard field goal with 1:03 left in the first where the score would stay until the half.

Cumberland received the ball at the half and started their drive at their own 10. The second play went for a 10-yard sack by Derek Wellman in the endzone for a safety.

Cumberland would kick it off to the Tigers and Georgetown would capitalize with a touchdown. Krause found Jake Johnson on a streak and a 19-0 lead.

Montinus Hill Jr. took the ensuing kick-off to the house, but it was called back for a chop block. Treylon Sheppard went 68-yards on the next play to put the Phoenix in the red zone. Sheppard would wind up fumbling it three plays later and Georgetown would take over.

Jamaal Thompson would pickoff Krause to get the ball back for CU and Sheppard would this time finish the job with a seven-yard touchdown rush. Cumberland trailed 19-7 with 3:29 left in the third.

Cumberland will be off next week in the built-in bye week the conference made for the season. The Phoenix will return home the next weekend against Lindsey Wilson on March 12 at 6:00 p.m.