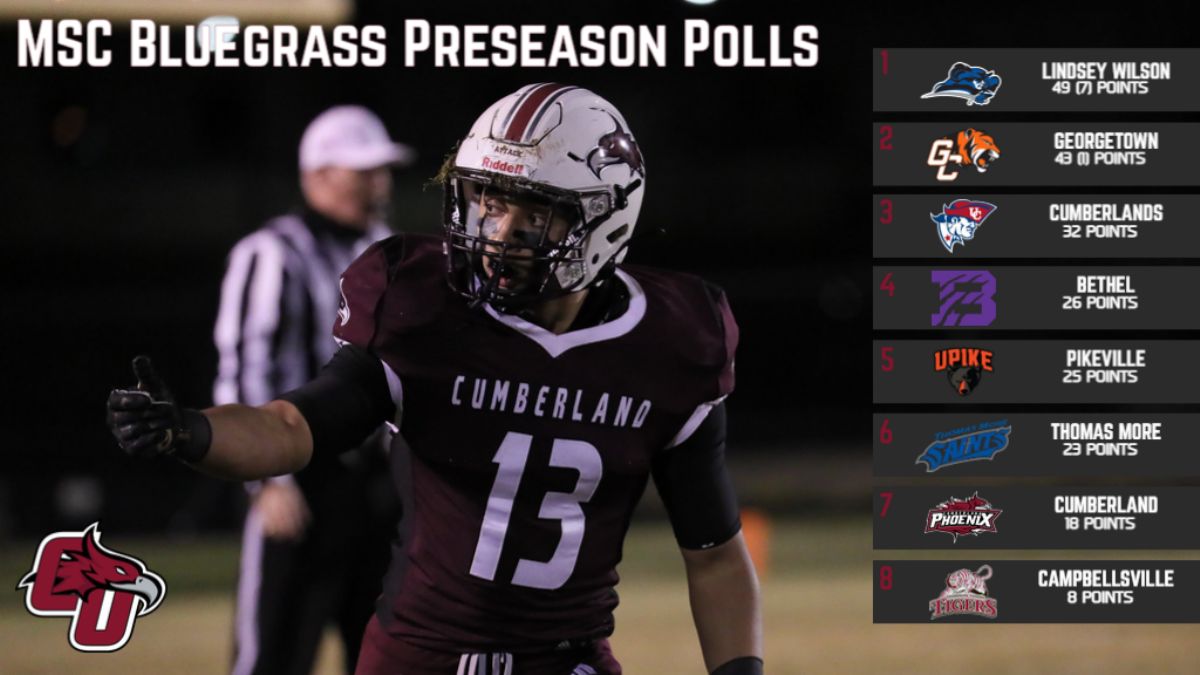 Defending national champions, Lindsey Wilson (Ky.) has been selected as the favorites to win the Bluegrass Division. The Blue Raiders topped the poll with 49 points and seven of the eight first-place votes.

Georgetown (Ky.) is ranked second in the coaches' poll with 43 points and the final first-place vote. The Tigers made an appearance in the first round of the NAIA Football Championship Series after earning an at-large bid.

Cumberlands (Ky.) and Bethel (Tenn.) sit at third and fourth as the Patriots garnered 32 points and the Wildcats with 26 points. Pikeville (Ky.) is under new leadership this season with a new head coach, comes in at fifth with 25 voting points.

Thomas More (Ky.) sits in sixth with 23 points, The Phoenix are seventh with 18 points and Campbellsville (Ky.) rounds out the poll with eight points.

Coaches were not allowed to vote for their own team in the poll.

The season is set to kick off on September 4th with the Phoenix traveling to West Palm Beach to play Keiser University. Cumberland opens up at home the following weekend against St. Thomas University and conference play starts on October 2nd on the road at Lindsey Wilson.