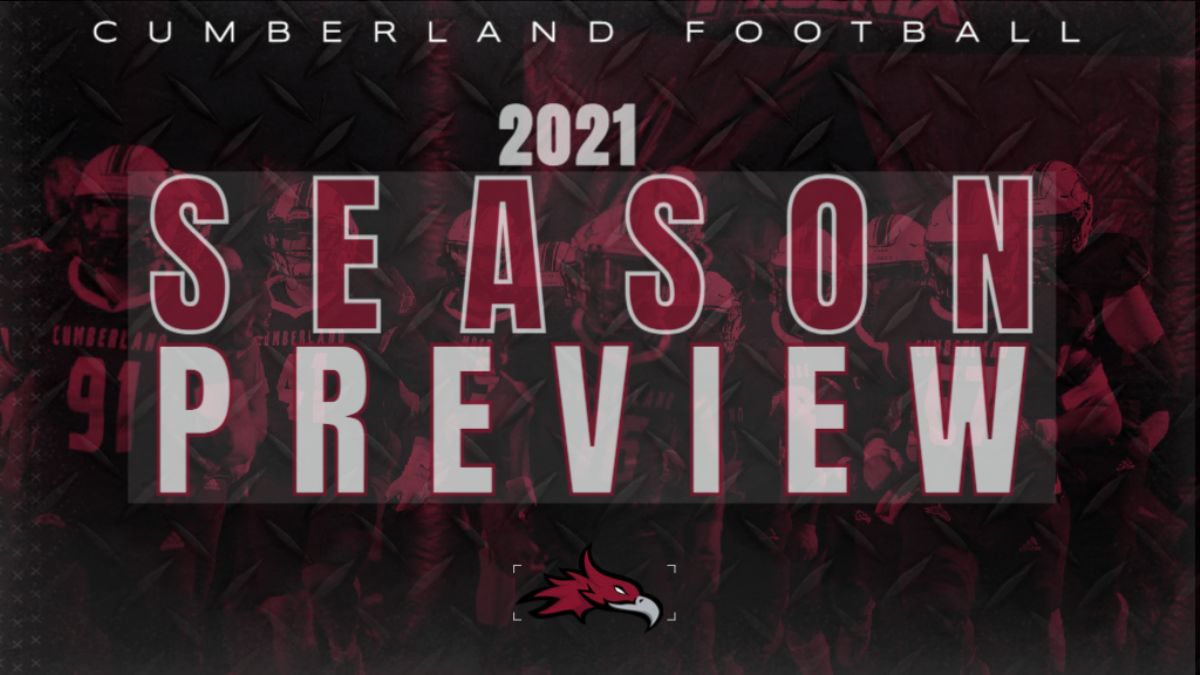 This past spring the Phoenix had to endure an unorthodox season playing seven games this spring after the NAIA postponed all fall championships to the spring. Moving games to the spring brought up unforeseen challenges that usually would not happen during a normal football season like playing a game on Sunday after not practicing all week due to the snowstorm, mid-year transfers, and injuries that will trickle into this upcoming season.

Cumberland posted a 2-5 record ending the season on a two-game win streak. The spring season was an up and down one for the Phoenix had to run through the gauntlet of the Mid-South. Early on CU had a tough three-game stretch with matchups against 17th ranked Cumberlands, No. 19 Georgetown College, and No. 4 Lindsey Wilson. Georgetown and Lindsey Wilson made runs in the national tournament while the Blue Raiders were able to capture the 2020 National Championship.

"This past spring, we had to deal with a lot of injuries which allowed us to get a lot of young guys on the field and that is huge to get them the experience in this conference. Looking at every position nearly every one of the kids on the two-deep played last season," head coach Tim Mathis said. "With the quick turnaround, we have tried to take care of the kids more. We will let them hit for five or ten minutes, but a lot of practices have just been thud practices trying to take care of their bodies."

This season Cumberland has five coaches that are new and they are looking to bring a new passion to get things back in the right direction. Chris Barton will head the offensive line unit, Don Lee will handle the defensive front and Brad Higginson will work with the linebackers. Cumberland has added Joe Anderson and Malik Trollinger as graduate assistants. Trollinger finished up his playing career at Cumberland in 2019 and Anderson comes to CU from Georgia Southern. The new faces have been able to provide an immediate impact starting at this season's preseason camp.

"Camp has been really good overall. This has been the best camp we have ever had, energy-wise, attitude-wise, effort-wise has all been there," Mathis added. "Offensively and defensively we have really got what we needed to accomplish done."

The Phoenix return 41 letter-winners, including 20 on offense, 20 on defense, and one special team player. Cumberland also brings back 17 players that started at least four games last year.

Last season, Cumberland had one of the most efficient rushing offenses in the country. The Phoenix ran for 221.9 yards per game which were good enough for the 10th best in the NAIA last season.

Cumberland returns a slew of running backs led by NAIA All-American Treylon Sheppard. He was the first Phoenix to rush for over 1,000 yards since Lemeco Miller in 2012. Sheppard led CU with 11 touchdowns on the ground. He ranked second in the NAIA in rushing yards per game (144.7) and fourth in total rushing yards. To go with Sheppard in the backfield will be University of Tennessee transfer James Christian. Christian spent the last four seasons with the Volunteers appearing in three games. On the outside is big-play threat Kaleb Witherspoon. Last season, Witherspoon converted to running back after spending the previous year a defensive back. Witherspoon averaged seven yards per rush and earned Second Team All-Mid-South Conference. CU also returns Bret Robinson and Nick Burge and expect them to get carries this season.

The Phoenix brings back a lot of experience at wide receiver led by Ian Hafner and Jaylen Taylor. Hafner led Cumberland in receptions a year ago with 20 for 121 yards. Taylor hauled in 13 catches for 178 yards, an average of 13.7 per catch. Elijay Petty and Shaw Niblett also return for Cumberland while adding Styles Corder and Keon Fogg to the mix.

"The backfield is loaded. We have four guys that can start back there and tag that along with a lot of experienced receivers," Mathis said.

At quarterback, Brandon Edmonston returns for his second season of play. The redshirt freshman picked up starts in the last four games of the season and accounted for four touchdowns, three rushing, and one passing. Edmonston was the second leading rusher for Cumberland with 224 yards. Also incoming is Middle Tennessee State transfer Dylan Carpenter. The Mt. Juliet native comes to Cumberland with four years of eligibility after redshirting at Middle Tennessee. he played his high school ball at Wilson Central High School.

The offensive front lost key guys in the rotation and will rely on a young group and leadership from upperclassman to get the job done. Second-Team All-Mid-South Conference lineman Josh Mathis returns with Ronaldo Marmolejo. Logan Bell transfers in from Mesabi Ranger College and is expected to start at the center and CU will be looking at underclassman Preston Creswell, Colton Dufresne, and Brody Hall to fill the gaps. Mathis thinks this team will go as far as the new-look offensive line can take them.

"As soon as the line clicks I think we will really start to see what we have this season," he added.

On the defensive side of the ball, Cumberland is returning an experienced unit with nine starters coming back. The secondary is deep with returning starters Prentiss Summerall, Jallen Dallas, Brandon Pace Jr., and Jamaal Thompson returning.  Pace and Thompson each picked off one pass last season while Summerall had five pass breakups.

On the line, Morgan Cates, Marcus Webb, Chase Whittemore, and Jace Capps each return. Capps posted 10.5 sacks were the sixth most in the NAIA in 2019. Capps fought injuries in the spring and started just two games, but saw action in four. Morgan Cates and Chase Whittemore each started in five games last season. Cates picked up 17 tackles on the season and three for a loss. Whittemore had 15.5 tackles and two sacks on the year. Webb played in all seven games last season with 15.5 tackles and 3.5 sacks.

Cumberland is also returning the leading tackler from last season in Champ Leddon at the linebacker position. Leddon posted 40.5 tackles and 7.5tackles for a loss. Also returning at linebacker are the Woodall twins, Tanner and Travis. Tanner posted 23 tackles and 2.5 sacks while Travis had 21 tackles with 3.0 for a loss.

On special teams, Austin Nunley will be handling the placekicking duties for the upcoming season. Nunley knocked in the one field goal attempt the Phoenix took last year from 32 yards and was 10-11 on PATs. Cumberland will sport a new punter this season.

"There is no guaranteed win in the Mid-South Conference," Mathis emphasized. "It is one of the toughest conferences in the nation and to open up with No. 4 Keiser we are looking at it as a challenge."

"I want to play the best because if you go toe-to-toe with the best and beat them then you are in the talk for being the best. We put up more points on last season's national champions than any other team in the country and we want to expand upon that and really open some eyes this season," he concluded.

Cumberland hits the field this Saturday, September 4 in West Palm Beach, Fla. against No. 4 Keiser University at 12:30 p.m. central time.  Tommy Bryan and Bob Lea, beginning their 14th season with the program, will be on the call for the game online and on the radio at 98.9 FM WANT & 1490 AM WCOR for the final nine games of the season. Tickets for each home game are available now here. Select away games that offer tickets online are available on the team schedule.