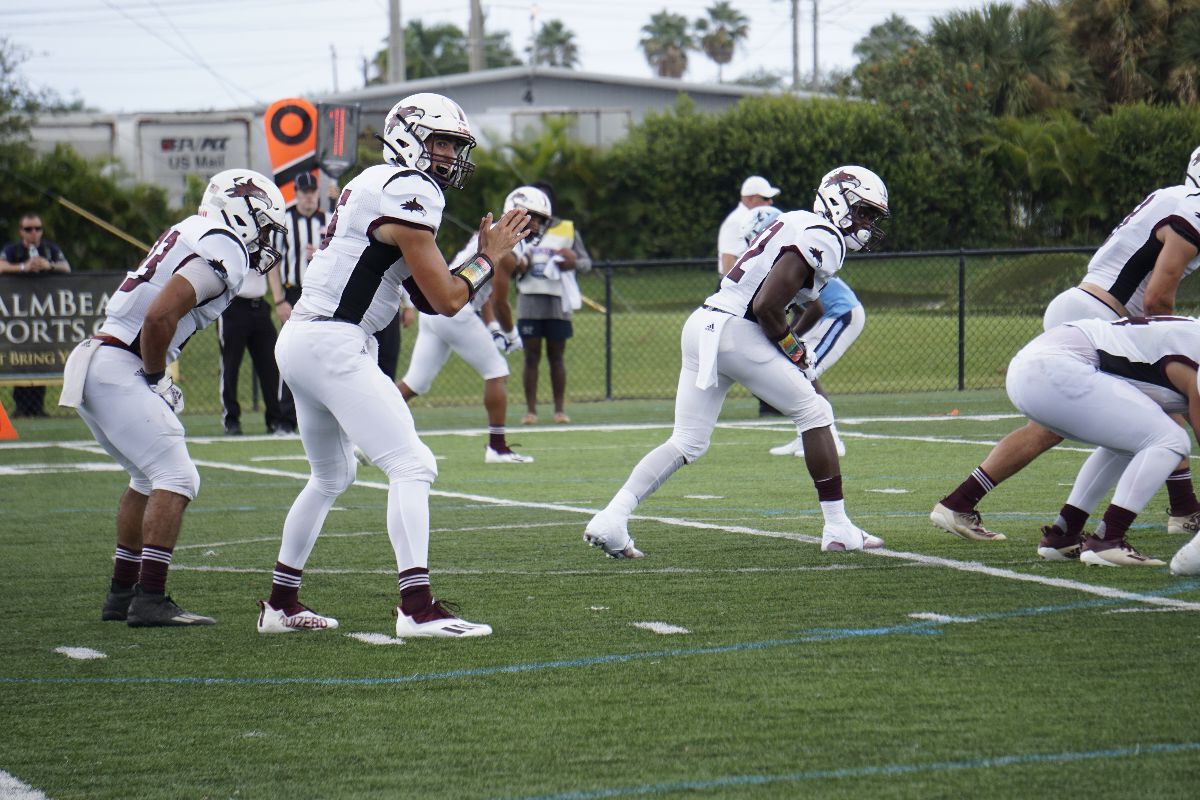 WEST PALM BEACH, Fla.--Jack Strouse passed for 352 yards and four touchdowns and ran for another TD as fourth-ranked Keiser University defeated Cumberland 45-6 in football action in the season opener at Keiser Football Field.

Cumberland and Keiser had to endure over three hours of lightning delays, but Keiser's offense didn't miss a beat going for 582 yards averaging 7.9 yards per play. Quarterback Strouse connected with four different receivers for touchdowns led by Traionn Jones who made eight catches for 93 yards and one score.

The Cumberland offense ran for 132 yards and passed for another 85, but coughed up the ball in the red zone early on in the game allowing the Seahawks to establish momentum throughout the remainder of the contest. Treylon Sheppard rushed for 56 yards on 15 touches. Newcomer quarterback Dylan Carpenter completed 12-of-26 passes for 70 yards and threw one interception.

Champ Leddon led the CU defense with 10 tackles and one sack. Jamir Johnson and Travis Woodall each added five tackles a piece.

Keiser and Cumberland played a scoreless first quarter, both teams were called off the field for a two hour rain delay as neither team could get in a rhythm with the lightning in the West Palm Beach area.

Play resumed and Keiser was able to put the first points of the game on the board as Strouse found a wide open Jerson Jacques for a 54-yard strike over the middle of the field.

Shortly after the score another lightning delay halted play for another 30 minutes, but out of the break Cumberland had to punt it back to the Seahawks and five plays later Strouse punched in a TD rush to put Keiser up 14-0.

The next Cumberland possession, the Phoenix drove all the way to the red zone and we're on their way to cutting into the lead, but a Cumberland fumble allowed the Seahawks to jump on it. A few plays later, Strouse threw a 40-yard touchdown pass to Caleb Walls to extend the lead to 21-0 just before halftime.

The Phoenix started with the ball in the second half, but went three-and-out punting it away to Keiser. Keiser drove all the way to the goal line, but the Phoenix defense stood Keiser up forcing a turnover on downs. Eight plays later, Cumberland was forced to punt it away.

Keiser made quick work scoring in four plays. Cumberland's defense jumped offsides giving the Seahawks a free play and Strouse threw it in the endzone for Carlos Silencieux for a 31-yard TD.

Next Seahawks possession, Cumberland again jumped offsides giving Strouse another free play and this time he found Traionn Jones for a 26-yard strike to go up 35-0 with 2:35 left in the third quarter.

Keiser would score one more touchdown, this time on the ground by Jeremiah Mosley to lead 42-0.

Cumberland scored their lone touchdown came on a 10 play, 65-yard drive. Carpenter pushed in a quarterback sneak from a yard out. The point-after attempt was no good for Cumberland's six points.

The Seahawks would add three more points on a field goal as Keiser won convincingly 45-6.

Cumberland will be in action at home next Saturday against St. Thomas University. Kick-off is slated for 12:30 p.m.