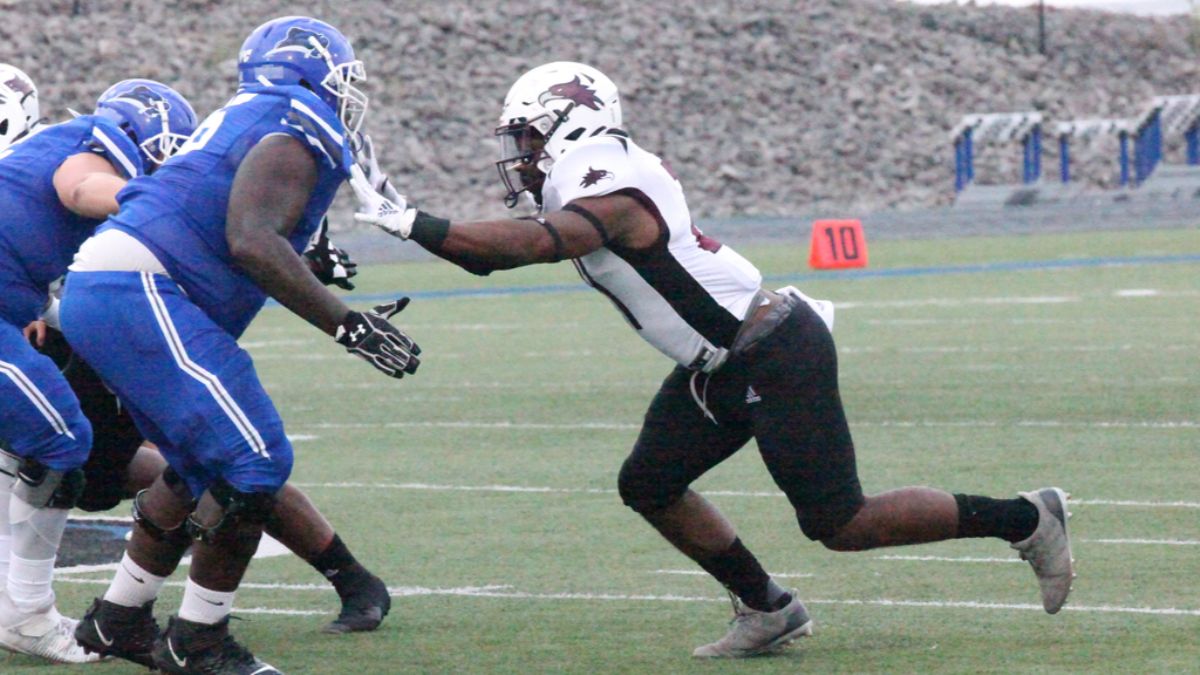 COLUMBIA, Ky.--No. 1 Lindsey Wilson proved to be too much for Cumberland to handle on the road as the Blue Raiders defeat Cumberland 34-7 at Parnell Family Stadium Saturday evening.

Cumberland (1-3, 0-1 MSC) struggled offensively in the first half and dug themselves too big of a hole to climb out. The Phoenix posted just 26 offensive yards in the first half while Lindsey Wilson worked up to a 27-0 lead at intermission. The Phoenix put up just 138 yards of total offense throughout the game, 128 through the air, and 10 rushing yards.

The defense played well holding Lindsey Wilson to just 51 passing yards. The Blue Raiders played without their All-American and NAIA Player of the Year quarterback, Cameron Dukes, but found offense on the ground through Jaylen Boyd, Jbias Dawson, and Kobe Belcher.

Cumberland quarterback Brandon Edmondston made his first start of the season completing 16-of-28 passes for 128 yards with one touchdown and two interceptions. Ian Hafner was Edmondson's favorite target on the day making seven catches for 71 yards. Jaylen Taylor hauled in six catches for 34 yards and one touchdown.

Lindsey Wilson scored their first points of the game on a pick-six. On a third-down play, Edmonston tried to find Shaw Niblett on the slant route that Cashawn Beasley jumped and took 32-yards to the endzone. The extra point was missed for a 6-0 Lindsey Wilson lead with 5:51 left in the first quarter.

After Cumberland went for and was stuffed on fourth down early in the second quarter, Lindsey Wilson drove down the field in three players finding the endzone on a 42-yard touchdown rush by Jaylen Boyd. Cumberland blocked the point-after-try, but the ball was fielded in the field of play and was brought back into the endzone where it resulted in a one-point safety for a Blue Raiders 13-0 lead.

The next Cumberland offensive play, Edmonston threw his second interception of the game that was returned to the Phoenix two-yard line. Two plays later, Ethan Cash took the direct snap at quarterback and rumbled into the endzone for a Lindsey Wilson 20-0 lead with 12:17 left in the half.

Lindsey Wilson forced a three-and-out the next Phoenix possession. The Blue Raiders took 10 plays and 91 yards to score a touchdown. Kobe Belcher punched it in from four yards out to take a 27-0 lead into the intermission.

The Blue Raiders would score one more time in the game after forcing Cumberland to turn it over on downs on the first possession of the second half. The six play drive was capped by a 29-yard touchdown rush by Boyd to make it 34-0.

Cumberland had an opportunity for three points in the third on a 45-yard field goal attempt, however, the snap was low and Niblett the holder was forced to pull it and tackled for a turnover.

In the fourth quarter, the Phoenix finally put points on the board as Cumberland started a drive off a muffed punt to start the drive in plus territory. Edmondson threw a fade to Jaylen Taylor in the corner for the score. Lindsey Wilson would run out the clock to end the game at 34-7.

Cumberland will be back in action on Saturday at Nokes Lasater Field against the University of the Cumberlands at 6:00 p.m.