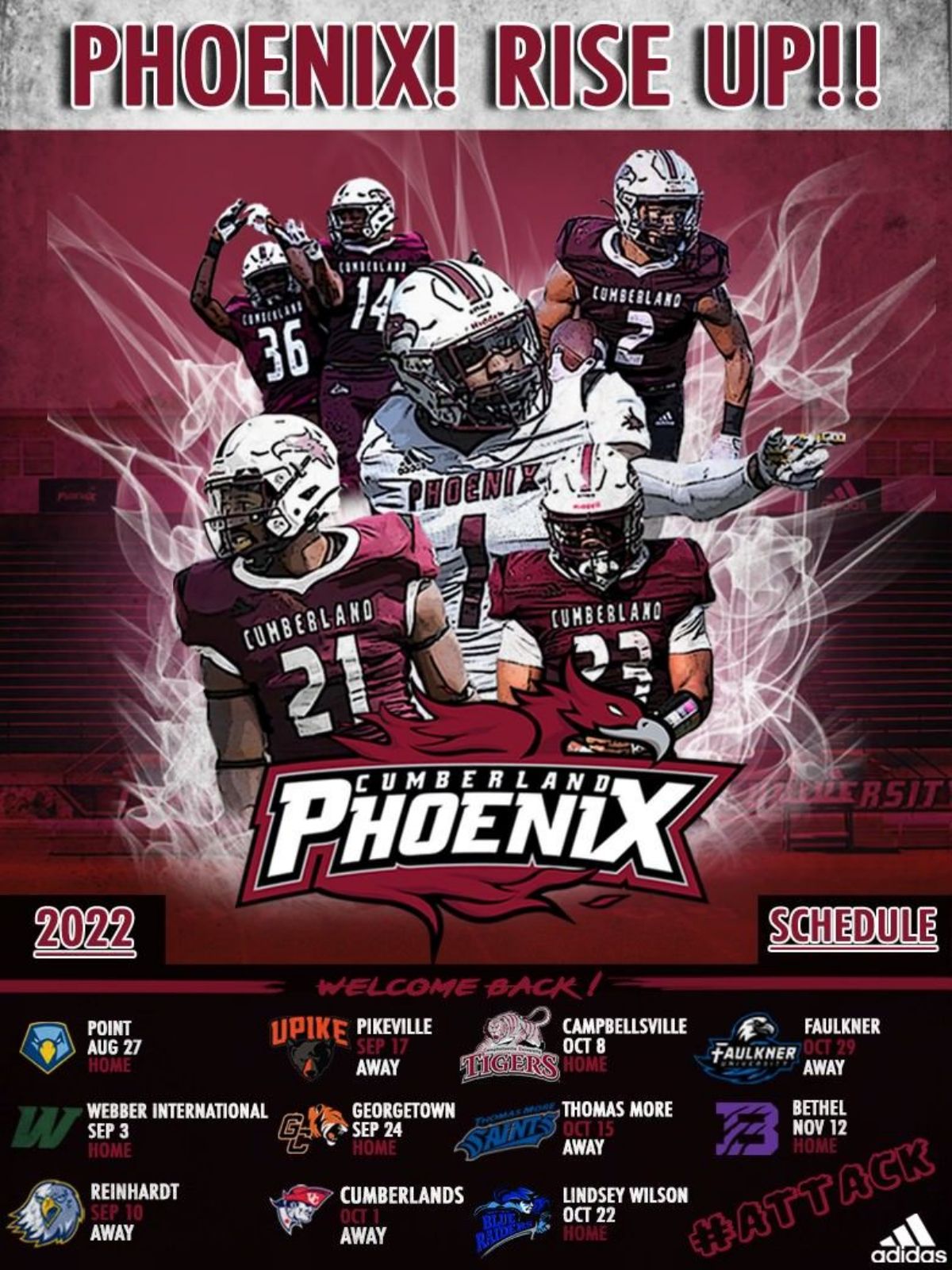 The Phoenix open the 2022 slate with two straight home games starting on August 27 against Point University. CU will take on Webber International at home the following week on September 3 at 1:30 p.m.

The first away game will be on September 10 on the road at Reinhardt. The Eagles won the Mid-South Conference Appalachian Division in the fall and made an appearance in the NAIA National Tournament.

The final eight contests of the season are league games beginning on September 17 on the road at the University of Pikeville. The conference home opener will take place on September 24 against Georgetown College. The Tigers entered the 2022 season after another trip to the NAIA National Tournament, but legendary head coach Bill Cronin retired, handing the reins over to former Lindsey Wilson head coach Chris Oliver.

The Phoenix will head to Williamsburg, Ky., on October 1 taking on the University of the Cumberlands and will return home October 8 for a game against Campbellville. Homecoming festivities will take place this weekend against Campbellsville.

Cumberland travels to Crestview Hills, Ky., on October 15 against Thomas More University and will take on perennial powerhouse Lindsey Wilson at home on October 22.

Faulkner joined the Mid-South Conference Bluegrass Division this season and the Phoenix will go to Montgomery on October 29 for their final regular season away game. Senior day activities will be on November 12 against Bethel for the final home game.

Cumberland posted a 3-7 mark in 2021, 2-5 in league play. Fifth-year head coach Tim Mathis and the Phoenix will open up spring practice towards the end of the month and conclude the spring with their annual spring game in April.